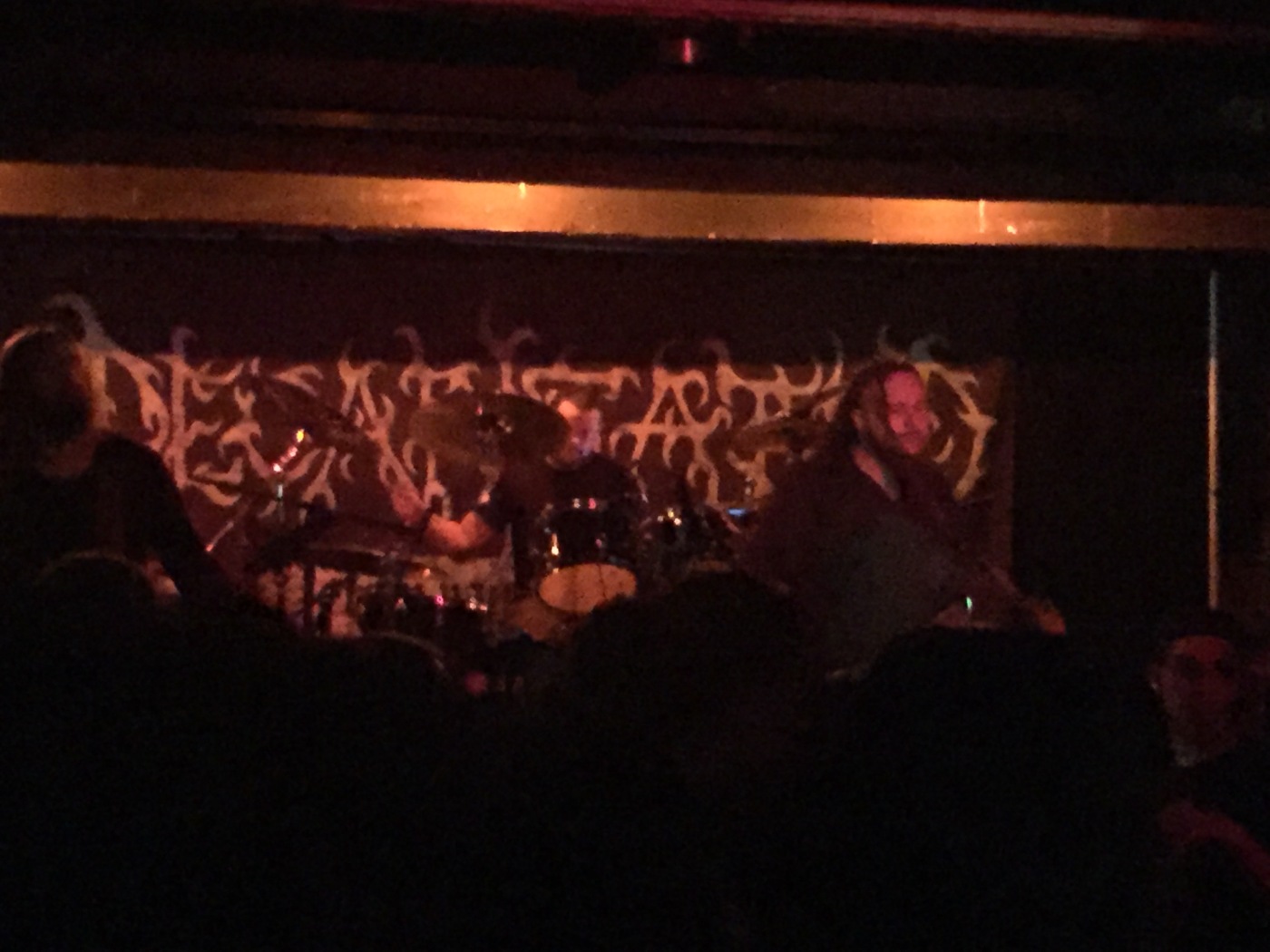 When you are faced with a decision, make the decision
as wisely as possible – then forget it.
The moment of absolute certainty never arrives.

There were two shows going on last night that I really really wanted to go to.

There was Sean Anonymous’ birthday party going on at First Avenue featuring, one of my favorite local rappers, Sims. This show was sure to be nothing short of a party full of great local hip hop music from some of the best artists the Twin Cities have to offer. There was a promise of surprise guests and I couldn’t help but speculate who it would be. The excitement of not knowing had me intrigued and dying to go to this show.

Then there was the Decaptitated show at the Skyway Theater. Decaptiated is a legendary Polish metal band that has never let me down. I have seen them two or three times now and each time I’ve seen them they have completely blown me away with their energy and pure musicianship. I didn’t know many of the other bands playing but I knew Decapitated would be more than worth my time.

I had a choice to make and I fretted about it all week. I didn’t want to miss out on something and I didn’t want to make the wrong decision. What if all of the Doomtree members showed up to the Sean Anonymous show?! What if there was an epic pit at the Decapitated show?!

Yeah, I guess I could have gone to both but after a long day at work I truly just did not have the energy and money doesn’t grow on trees.

I chose the Decapitated show. Sean Anonymous and Sims are local and, I hate to say it, but I can see them some other time. Decapitated came all the way from Poland and they have been touring for years and years so who knows how many more times they will cross the pond to play here.

Decapitated did not let me down. They slayed it. Rafał, the singer, has so much energy that it was hard to remember that the crowd was very modest in size. He made you feel like you were in a huge arena show surrounded by thousands and thousands of people just enjoying the music. His humongous dreadlocks were flailing everywhere as he stormed from side to side of the stage.

Their music is heavy. Not like local metal band heavy, it’s super freaking heavy. They are everything you would want from a Polish metal band. Even though their music is extremely heavy, it’s extremely clean. You could hear every drum beat and every guitar riff. Nothing seemed muddy even though there were so many sounds coming out of the speakers at any given second. Now that’s freaking talent.

The crowd was excited but not as energetic as I had hoped for. Let’s be honest, everyone likes watching an extreme pit. It gives you a rush. Even if you don’t want to be in the middle of it all, it’s a rush of adrenaline to be standing on the side of the pit and watch everything go down. Last night, although there was a mosh pit, nothing exciting really happened. It was just a good old fashioned pit full of people pushing and shoving each other.

The other bands that played last night really didn’t get me excited. I was a bit disappointed because Black Breath was supposed to play the show as part of the tour package but they dropped off of the tour for some unknown reason.

Upon His Flesh was the only local band that played the show that I could see myself trying to keep an eye on their upcoming shows. These guys were pretty damn good for a local metal band. Their drummer stopped me dead in my tracks. His hits were clean and he never missed a beat even though the beats were fast and insane. The music altogether was cleaner than the other local bands that played the show. That’s not to say that the other locals were bad, they just lacked the “clean” sound that makes metal tolerable to me. I had never seen Upon His Flesh live before, but I sure hope last night wasn’t the last time I will.

I had a choice to make last night. A local hip-hop show or a metal show. I made a choice and I will live with that choice. I don’t know that it was the right one or not. I will always wonder how that Sean Anonymous show was and who all showed up as the guest artists but I made a choice. Decapitated killed it and I am so happy I got to see them again.

Show on Deck- Blue Felix at The Cabooze