Have You Found What You’re Searching For 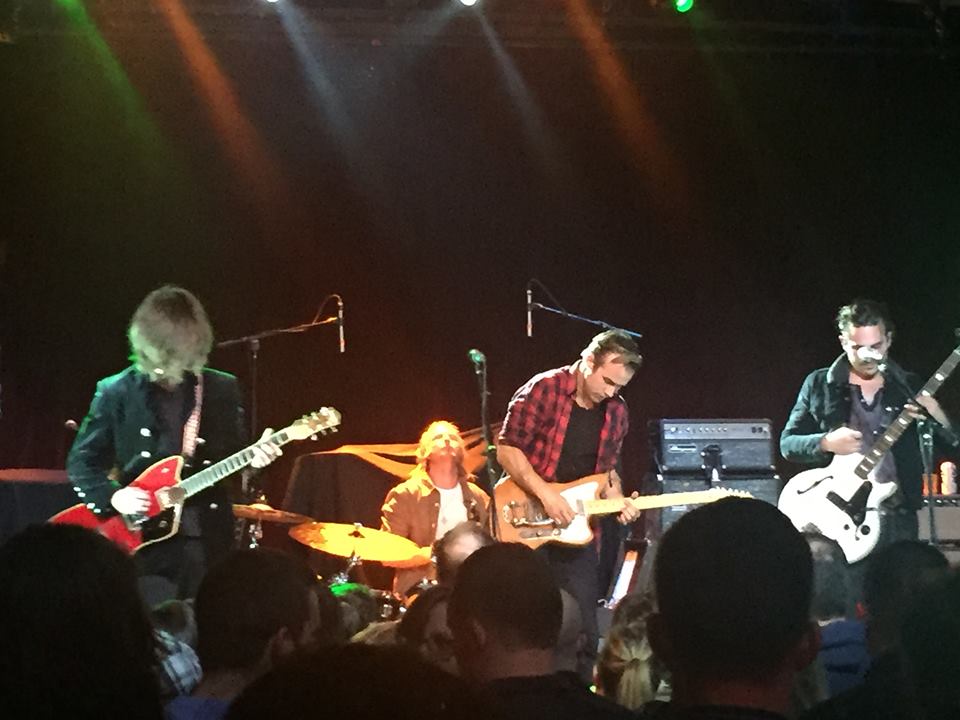 Per usual, I had no idea what I was walking into last night. I ran into one of my sound guy buddies before the show started and he kind of told me what I was getting into. He said it was a night full of indie-americana music with a country music opener. I have to be honest, I was far from thrilled. I was already tired and still recovering from last week’s bender and I was part of a couple heated Facebook arguments about the whole The Story So Far situation with the girl that got drop kicked by the singer for taking a selfie on stage (the story is everywhere if you want to find out more just use the Google machine). My mind just wasn’t in the right place for a calm show. I needed something that was in my face, something that caught me.

The Shelters definitely caught me. This four piece from Los Angeles not only had the most stylish hair out of all of the bands, but they also seemed to have the most to gain from this tour. These guys have not been around for that long and are currently trying to amp up the crowds for their upcoming release of Rebel Heart due out in June. I definitely think it worked because after their set I heard everyone in the packed crowd talking about how great they were.

So maybe it wasn’t the most extreme music and maybe the crowd was super boring but The Shelters’ music was more than enough to keep me interested. Unfortunately, their set was short due to, what I can only assume to be, lack of material but honestly, they didn’t need much time to impress the crowd. Within the first song, I fell in love.

Their songs are definitely movie soundtrack worthy. What I mean is: you know during movies when the actors are doing mundane tasks like cleaning or driving but the music in the background makes it seem like the greatest cleaning session or the greatest drive of that character’s life? That’s what this music feels like. It’s not heavy, not necessarily loud, not even necessarily exciting but it is so well written and well performed that you can’t help but fall in love with it regardless of what scene you run in.

I have to be honest, the show started off super slow for me. Hope Country was the local support for this show and they were a straight up country band. I have nothing against the musicians that were on stage and they did what they do extremely well but I just was not in the mood for it. At first I thought they were a weird fit for the bill. I mean, the other two bands that played were much less country and much more indie but it was nice to not have a night of all the same music.

The Wild Feathers were the headliners of the show and had the crowd in the palm of their hand. These guys sounded a lot like The Shelters but had a completely different feel. They had a more laidback/ country twang to them than The Shelters but still had the energy and professionalism that you would want at a show like this.

Their set had a great mix of fast and slow songs. The three members that sang vocals (Ricky, Ben, and Joel) all had three very distinctive voices when singing alone but as soon as they sang together, it gave me the chills. It came together like magic and all of a sudden you couldn’t help but to let yourself get lost in the beauty of the vocal work. Usually these guys are a quartet of just guitars, bass, drums and vocals but last night they had a keyboard player with them. I have to say, I loved having that keyboard. I think it gave their music an extra level of complexity and was the icing on the cake.

The thing I loved the most about this band? They had influences that stretched all over the map much like the three vocalists’ ranges but somehow they were able to mix them all together and come up with a beautiful thing. At times you could feel the blues influence during a guitar solo but as soon as the vocals started up, you got a little country twang. There were times where I thought I was at a good old fashioned rock show but then in the next minute I felt like I was in an auditorium listening to a great old timey bluegrass band.

I wasn’t expecting much when I walked into the show last night but, like many of the random shows I stumble upon, I was more than happy that I decided to go.