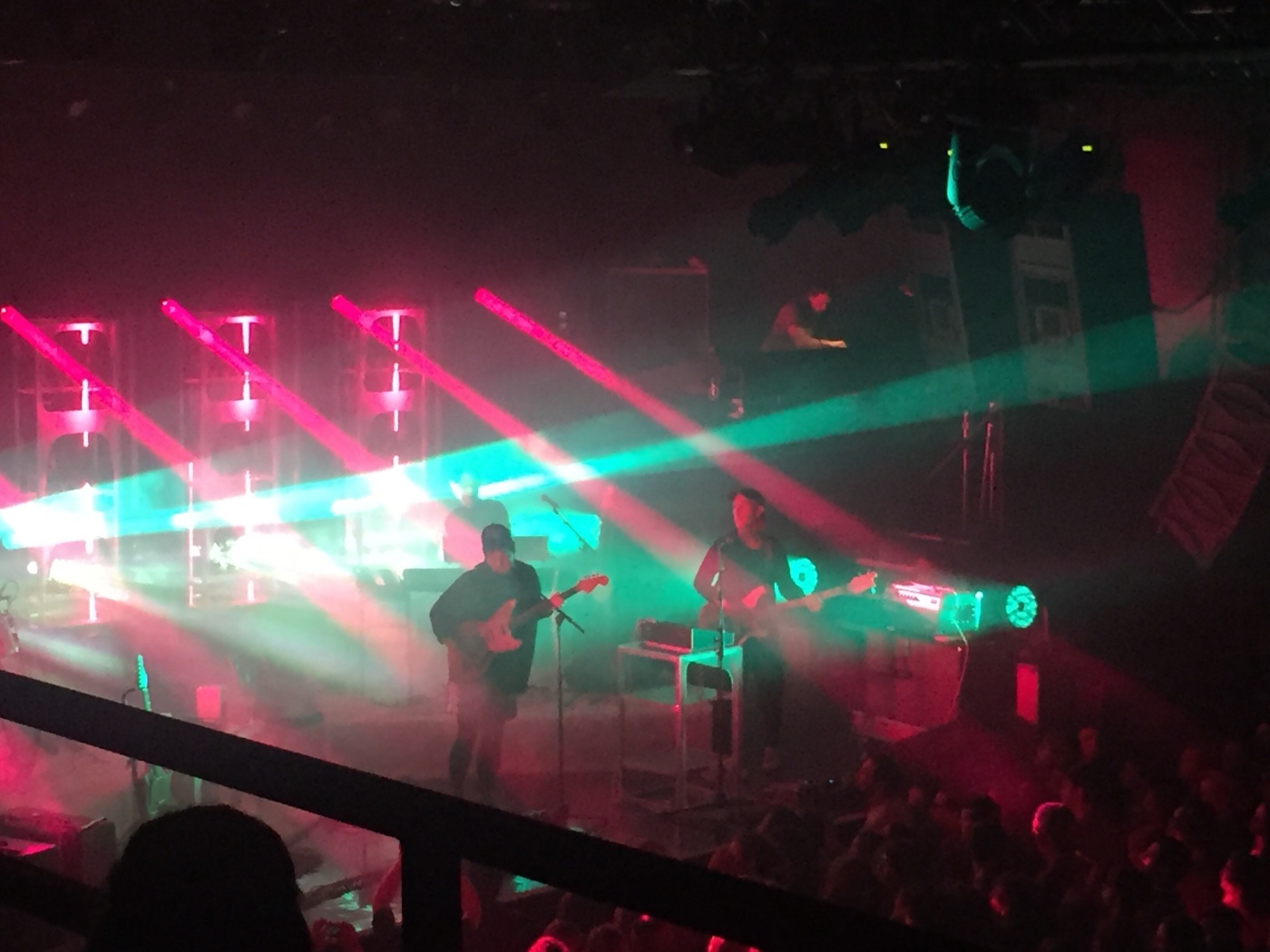 Like usual, I knew nothing about the band performing last night but with a name like Unknown Mortal Orchestra, I was intrigued enough to check it out. After a couple of drinks and conning my friend into coming with me, we made our way through the bustling streets of Minneapolis and found ourselves in the comfort of our home away from home– First Avenue. I honestly didn’t care what the music was going to be like. With the warm weather and sunlight lasting into the night, I just wanted to be out and about and it seemed like my friend and I weren’t the only ones with that feeling in mind.

We walked in just as opening act Makeness was kicking off his set. We were greeted by a fairly busy First Avenue which was a bit surprising to me considering how many great shows were going on last night (including a sold out Sofi Tukker show down the street and a sold out Trampled By Turtles show across the river in Saint Paul). I was excited that this show was busy because it seemed to solidify my idea that this show was worth more than having a Friday night off. After grabbing a round of drinks that we clearly did not need, my friend and I made our way to our usual spot and let the music take over.

Makeness (aka Kyle Molleson) is a one man show with enough sound and energy to make you do a double take when you realize it’s just one guy on the stage. His hand crafted songs seem to blend every genre under the sun with an overall techno/house music feel to it. It was music that, although complicated with the genre-bending sound, made you want to dance along to the beat. It was infectious and upbeat making the already short set feel even shorter. Although I’m not a huge fan of the techno scene, the other elements of Makeness’ music made it a truly enjoyable set. With his debut album having just come out last month, Makeness is still a fairly new face on the scene (at least for someone like me who isn’t immersed in the scene) but, after watching his set last night, it’s clear that we can expect a lot more from this guy in the near future.

After the stage was turned over for headliner Unknown Mortal Orchestra and another round of drinks, my friend and I made our way to the front of the stage as we waited for the music to start. Typically at First Avenue, there are barriers in front of the stage that create a space for photographers and staff to walk right in front of the stage. That barrier was gone last night. I found out through the photographer I knew that this was at the request of the band. Although it was different and strange to see people right up against the high stage, it was also amazing. I loved that this group took away the only barrier they had from the audience. It added a feeling of intimacy that can sometimes be lost for shows at First Avenue. Taking advantage of the new space to explore, I found myself up against the giant floor speaker for the first song of the set and, although you can always feel the vibrations through the floor at a concert, leaning up against that speaker changed everything and gave me a feeling that truly set the tone for UMO’s set.

It wasn’t long before my friend and I left our spot near the speakers to find a spot with a better view so we headed upstairs so we could see everything that was going on. The music of UMO is almost psychedelic rock with hints of techno music, lo-fi, atmospheric… okay, you get it.. Much like Makeness, UMO seems to take a bunch of genres, mash them all together, and then wrap it up with a bow of energy. Because of that energy, I was expecting the crowd to be a bit rowdy but, when I got to a spot where I could see the crowd, I realized that there really wasn’t much movement coming from the crowd. As first I was confused but, as I stood there and watched both the audience and band, it started to make sense. The music of UMO is complex and as mind-bending as it is genre-bending. Although I was bobbing my head to the beat, I wasn’t willing to get to rowdy as I was too captivated by watching the group power through their ninety minute set.

Sure, as the night went on the crowd seemed to let loose a bit more and start moving around but last night remained a very chill night. Although I love to see pits and love the feeling of getting pushed around in a rowdy crowd, sometimes it’s just as fun to see a show where you can stand with your personal space bubble completely intact with a drink in hand and a friend by your side.

I could have easily stayed in last night and had gone to bed (sober) at a respectable time but what’s the fun in that. Find a band name that intrigues you and go. I know they say never judge a book by it’s cover and judging a band by their name seems about the same, but a night at a live show is never a wasted night.