Give Me Something I Haven’t Seen 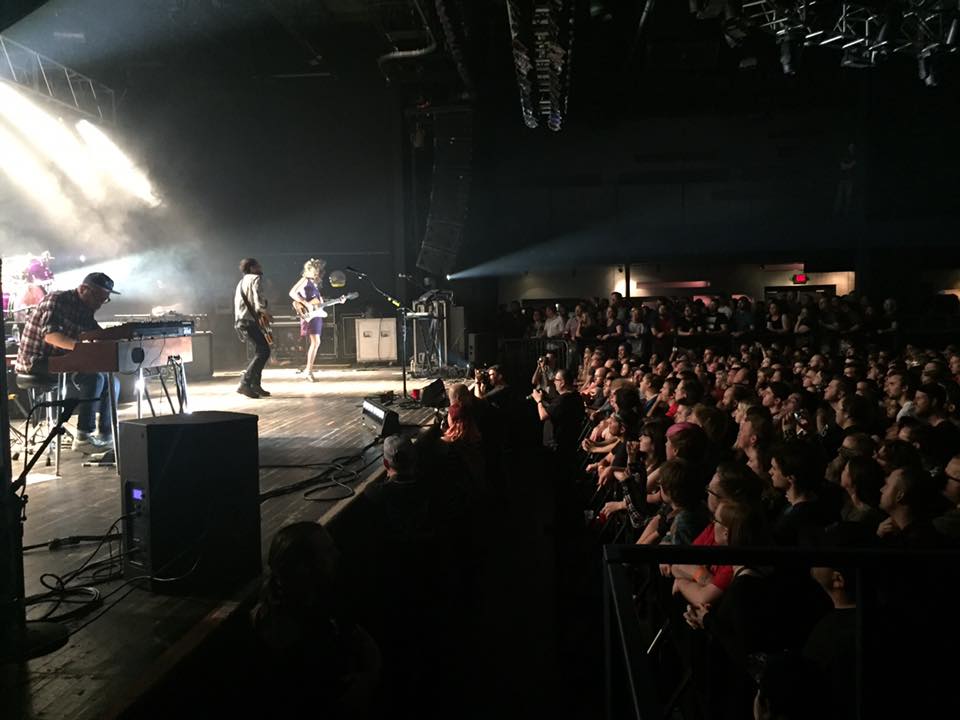 A live performance is all about personality. You could be the best band on the planet but if you don’t have a personality on stage and don’t show a little heart, you will fail and it will end up being the worst show ever. That works the other way too. You could be a terrible band when it comes to the music but if you have personality and heart, people will follow you. I think the reason for that is because music can bring up such raw emotions out of people. The crowd wants to see the performers be just as raw as the feelings that their music is bringing up.

The show last night definitely wasn’t my scene and after being able to see Dying Fetus live on Wednesday night, my heart just wasn’t at this show. I didn’t have anything against any of the bands playing. I had heard some of their music before and the three acts are definitely radio friendly indie pop music which is fine, just not what I wanted to stand through on my Thursday night.

Joywave was the first band to play last night. I have seen these guys before and although I find their music to be a bit generic, they always impress me with their live show. Last night was no different and it seemed that with their new found fame, their live show has only gotten better along with their music.

The first time I saw these guys they were opening for Cage the Elephant and only had one song on the radio. They were fairly unknown then and still aren’t super stars by any means but they are starting to get more and more radio play and their new single seems to be played every hour because of how damn catchy it is. Unfortunately, the only songs the crowd seemed to know were the ones that are played on the radio. Fortunately, that was more than one song this time around.

Daniel’s (the singer) personality shined as he joked around with the crowd. The banner behind the drumkit said something to the extent of “due to circumstances out of our control, Joywave will not be headlining tonight”. Not only could you see it written on the banner, Daniel made it a point to inform the crowd that they were not headlining and only had a 30 minute set. He also decided to play their last song twice because “according to (their) contract, they don’t have to leave the stage until the crowd and performers had been fulfilled” (or something like that). At first I didn’t believe him but then they did it, they started their hit song Destruction from the beginning and played through the song for a second time.

So maybe I was one of those people that really only truly enjoyed the songs that I had heard before but because Daniel’s personality shined throughout the set, Joywave completely won me over.

Foals was the second band to play and completely surprised me with what they had to offer. I had heard some of their recordings and honestly, wasn’t that impressed. The music seemed tired and a bit cliche when it comes to the indie pop music coming from England. Nothing really caught me and I truly just didn’t have any attachment to this band. Then I saw them live…

Their live show was so full of energy that I was blown away. Before the music even started, the strobe lights were going to get the crowd pumped up. The crowd last night wasn’t what I’m used to. I’m used to people moving around but that just didn’t seem to be how last night was going to work. Usually when a crowd is just standing there, I get bored but there was a strange energy coming from the crowd that kept me from getting bored. They may not have been moshing or even moving, but it was still exciting to be in the middle of it all.

Although their music is typically a bit calmer than I enjoy, when they played lived, their music seemed to be much more upbeat and almost heavy at times. It wasn’t just the energy, they were literally playing their songs differently and the singer’s voice sounded so much more raw live than it does on recordings.

Foals is an example of a band that I really dislike on recordings but, if they sounded the way they sounded last night on their albums, I would be a die hard fan. I’ve never understood why bands would want to sound so different on CD than live. It truly baffles me. If music is a form of raw emotion, why would you ever change how that emotion sounds. It’s a bit frustrating because, with a band like Foals, I don’t know if they’re being fake on their recordings in order to get more radio play, or if they’re being fake at their live shows just to get suckers like me to fall in love with them. Maybe they’re not being fake at all and are truly that bipolar. Whatever it is, I fell in love with Foals last night… but only as a live band.

The headliner of the night was Silversun Pickups. I have to be honest, I’ve never been a huge fan of theirs. Like the music of the other bands, I found it to be a bit too cliche and just too calm for my liking. I was hoping that their live show would blow me away just like Foals’ show but unfortunately, it just never happened.

Their music was fine and it sounded like they do on recordings so at least I didn’t spend my time baffled as to if they were being fake or anything like that but it left me with nothing to do and I quickly got bored. I seemed to be the only one in the crowd not eating every second of SSPU’s set up. It made me wonder what the rest of the crowd was feeling because, sadly, I felt nothing at all.

Last night is a perfect example of a band having an amazing live show that makes me completely fall in love with them even though I can’t stand to listen to them on recordings. I can’t stress this enough– never turn down a live show… you just never know!