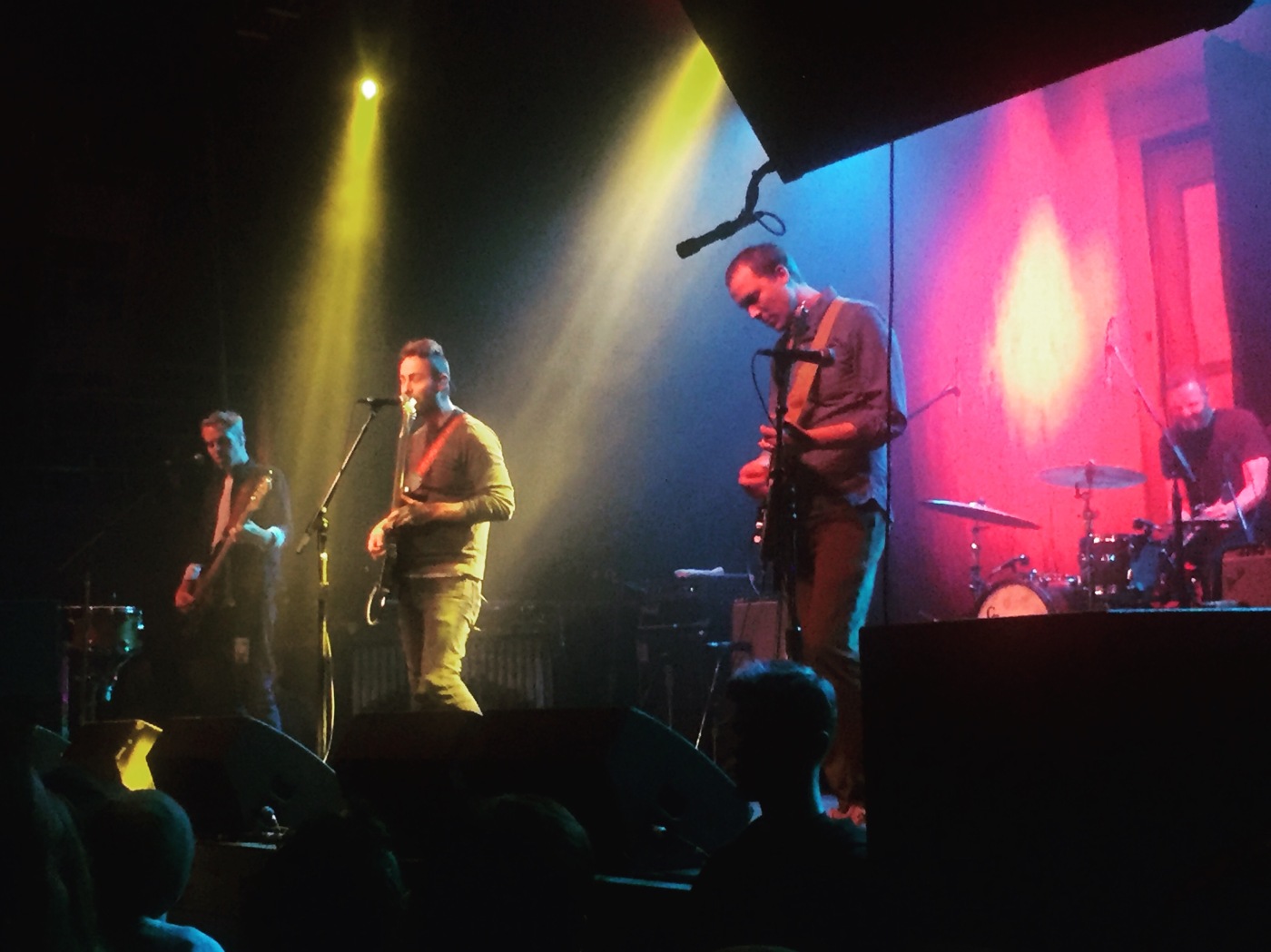 Last night was a very calming show and I think that’s exactly what I needed after getting my mind completely blown by Flint Eastwood on Friday. It was a show that my brother actually wanted to go to and that seems to be a wee bit rare these days. I knew I was in for a night of great, nostalgic music and some shared drinks with my brother. I mean, does it really get much better than that?

The night started off with Aero Flynn from Eau Claire, Wisconsin. These guys had a perfect blend of indie rock music and atmospheric sounds that truly transported you into a very comfortable and chill space. Eau Claire is a fairly small city and best known for Justin Vernon (of Bon Iver). Having a musical giant as big as Justin in such a small community has created almost a new genre of “Eau Claire Indie Rock”. Aeron Flynn definitely fits in this category but, even with the heavy influence, they have a spark that keeps them from falling into the background in such an over-saturated scene. Their light and fresh sounds were a perfect starting point for the night and had me excited to see what would come next.

S. Carey kept the chill vibe going as he and his band took the stage next for their forty-five minute set. S. Carey (born Sean Carey) is best known for his work as the drummer and supporting vocalist of Bon Iver. Honestly, I didn’t know that until about half way through the set but you kind of got that same vibe that Aero Flynn gave off so I wasn’t shocked when I figured it out. I have to be honest, I’m not a huge fan of Bon Iver or that whole scene but being able to see bands like Aero Flynn and S. Carey live has me wondering if I should give them a second chance. There was so much passion radiating off the stage from S. Carey that I didn’t really care that his music was much more calming than I typically enjoy.

S. Carey and his band had a way of making their instruments sound larger than life. It’s very hard to explain what I mean and those are the only words I can figure out. Everything about the music that S. Carey was putting out there was conceptual but it didn’t seem like that was on purpose or they were trying to be anything more than a band. Even though every note seemed to be played gently and quietly, it created a cascading wall of sound when it all blended together through the speakers. It was actually quite amazing to watch and to feel. When it was all said and done, I fell in love with S. Carey’s set and will be watching his calendar for a chance to catch him again.

Finishing off the calming night was American Football. Being able to see these guys live was a dream come true for my brother and I. American Football released an album in 1999 and then promptly broke up in 2000. That one album had such an impact on so many lives that I always wondered why a band on the brink of true stardom would just breakup like that. Regardless, when I saw that American Football had gotten back together in 2014 and was going to work on some new music and announce a couple of tours, I couldn’t help but excited about it.

Last night was Minneapolis’ chance to catch these guys and my brother and I weren’t missing it. They took the stage and instantly started playing. I was transported back to my younger years as soon as I heard singer Mike Kinsella’s voice. It’s quite amazing that, after all of these years, his voice and the vibe he gives off hasn’t changed at all. Although the band’s music is calming and almost melancholy at times, it somehow has an upbeat and positive feeling to it. Maybe it’s because of the moments in my life that I relate their music to, but there’s just something about their music that makes me feel calm and happy.

American Football is one of those bands that just listening to the music isn’t an option for. The band makes you feel it and that makes for a great concert whether you like the music or not. With two sets lasting nearly forty-five minutes a piece, the band was able to play everyone’s favorite song along with some songs that had been forgotten with the passing of time. It’s always amazing to me how you can see a band that you hadn’t thought of for years but as soon as you hear a certain string of notes or a certain voice, you instantly remember all of those lyrics that you worshiped back in the day. That’s exactly how last night went for me. Even though it had been nearly ten years since I had listened to American Football on a daily basis, I still remembered every single word and every single note.

American Football has and will continue to stand the test of time for so many people. They were and always will be a powerful band and being able to see something like that live is more than just a concert, it’s an experience.