What’s A Dagger Without A Cloak? 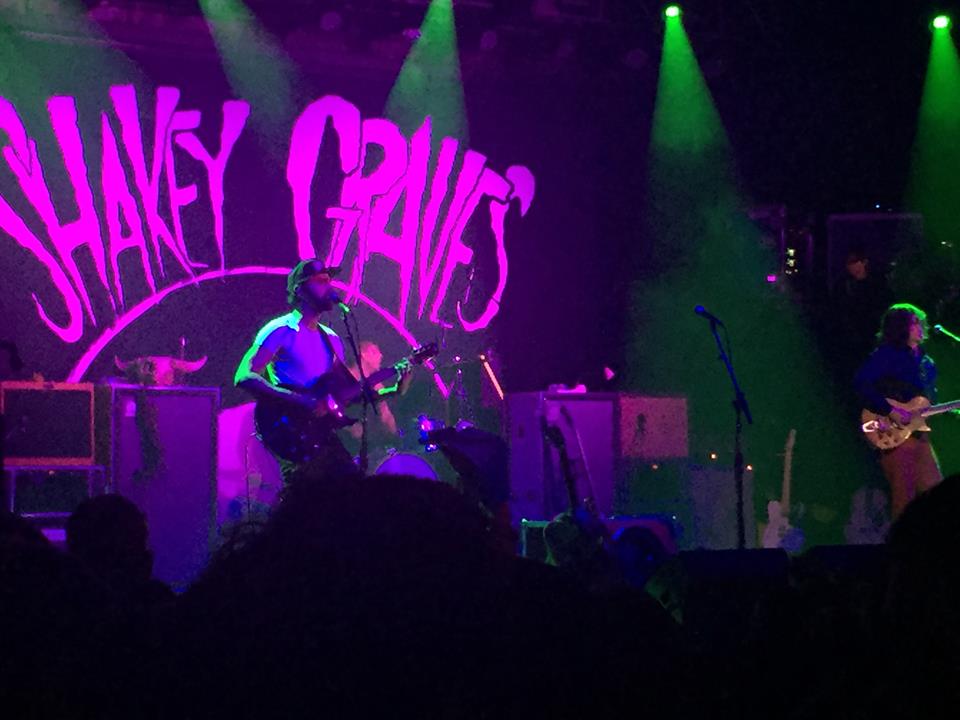 Last night was… well… it was a show and I will never complain about going to a show because it is my lifeline but it wasn’t anything special.

I don’t want to bash the musicians of last night because honestly, they weren’t bad. They got up on stage, played their music, got the crowd going, and then left the stage. There were no crowd surfers, there were no fights. There was really nothing to make the night stick out but again, their music wasn’t terrible. My ears weren’t bleeding and I survived.

The night started with Those Darlins from Nashville, TN. These guys are a four piece alt-country/garage punk band and were turning heads throughout the packed venue last night. These guys were fun to watch. Jessi Zazu, the singer, had a way of making everyone in the crowd feel uncomfortable with her wide eyed stare. It was like one of those “magic paintings” where the eyes are always staring at you no matter where you move in a room. Every time I looked at Zazu, I felt like she was staring a hole through my soul and I was oddly okay with that.

The songs switched between the two female singers of the band, Zazu and Nikki Kvarnes. Zazu seemed to have a lot more country twang in her voice whereas Kvarnes seemed to have more of an edge. I definitely enjoyed the songs that Kvarnes sang a bit more but it was fun to watch Zazu’s facial expressions while she was at the microphone.

Those Darlins played for a full fifty minutes last night which is a bit much for an opener but it worked last night. Most of the shows I go to have anywhere from three to ten opening bands so they only play a twenty minute set. I am starting to get used to this longer opening set thing and I think I like it way more. It gives you more of a chance to get to know these bands if you like them, or it gives you more drinking time if you hate them.

Shakey Graves was the headliner. Shakey Graves, born Alejandro Rose-Garcia, is a young americana musician from Texas. I don’t even know if you could call him americana. His music was such a mix of everything from blues to rock to country. It was fresh and refreshing but not very exciting and not my cup of tea.

I seemed to be the only one in the crowd of mostly white, middle aged women who didn’t know the words. I didn’t know when to clap, I didn’t know when a song was done, I felt like there was a party going on and I was sitting in the corner alone while everyone else had fun… oh wait, that’s exactly what was going on.

I don’t mind going to shows alone. I don’t mind going to shows where I know nothing about the bands playing. The part that really sucks is when I go to a show alone, don’t know anything about the bands that are playing and come to find out everyone else knows everything about them. It’s a bit sad to be honest. I like to think I know what’s going on in the world of music at all times but last night I felt like I was in an alternate dimension. At least at my metal shows I can watch people in the pit but at a show like last night, there was really nothing to watch (other than that cute bartender that I’ve seen at the past couple of shows).

All of that being said, Shakey Graves did sound really good. He’s cute and talented and I get the hype. I just won’t hype it because, for me, it’s nothing special.

I’ve been resistant to this whole alt-country/americana scene that seems to be hitting the Twin Cities venues like a tsunami. I think it’s time I suck it up and dive into it. Maybe it won’t be that bad in the long run.