We Don’t Watch The Replay, We Play 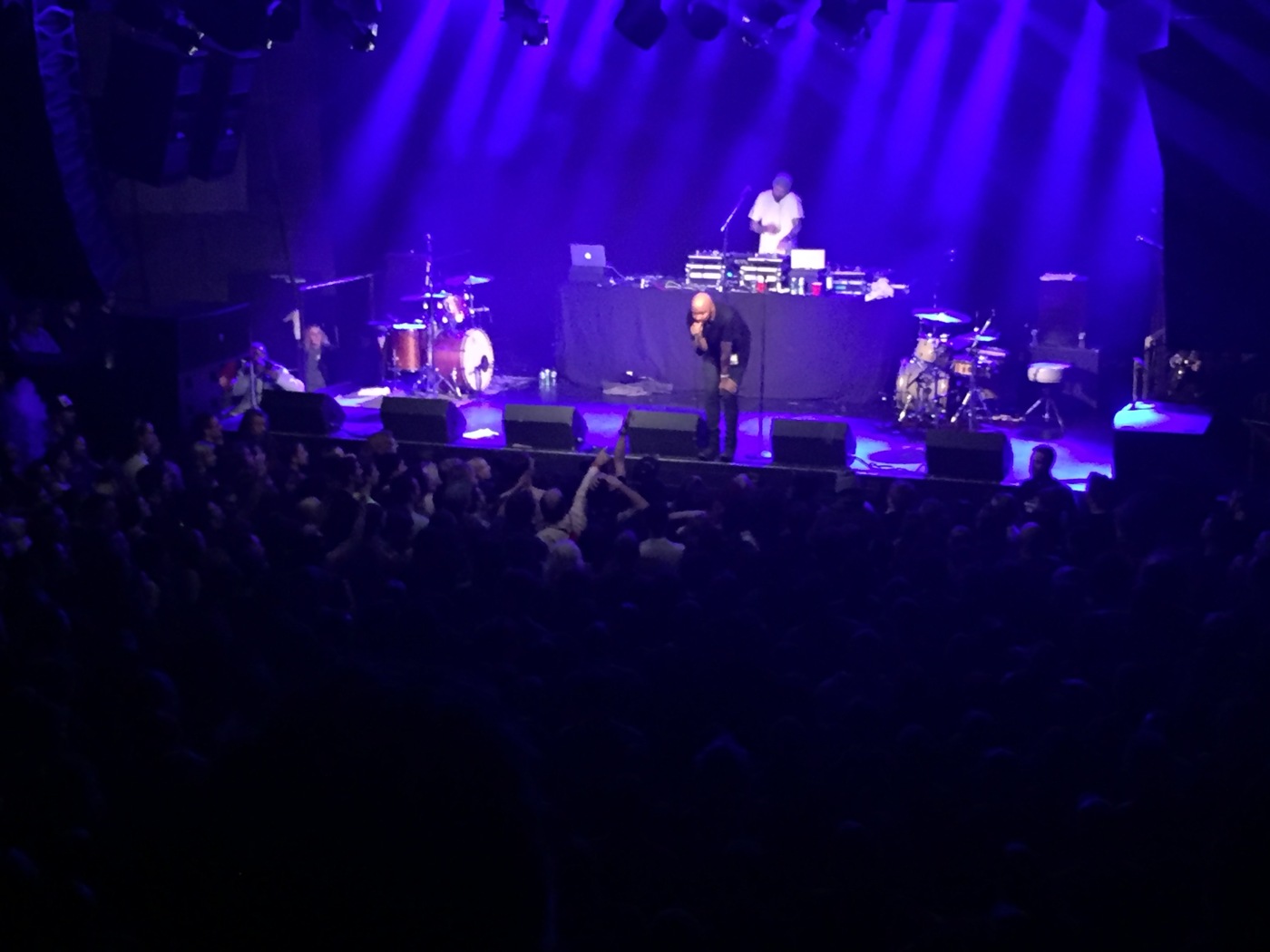 Yesterday was a bad day.

I got in a huge fight with the guy I was seeing and I was honestly a mess.

I wanted to stay in and wallow in my self-pity while stuffing my face with Taco Bell and binge watching Grey’s Anatomy… but then it hit me, that’s not what I do. I don’t stop. I can’t stop. I won’t stop. There was a show going on and some music and friends was just what I needed. So I called up my friends, got in my car, picked them up, grabbed some pizza, and headed to First Avenue… home.

First to take the stage was Grrrl Prty. How fitting. An all female group with lyrics about being a strong independent woman in today’s culture. It was perfect and, being me, I took it as a sign that I was where I was supposed to be, with who I was supposed to be with, doing what I was supposed to do. It made me realize that yes, my life may not be perfect, but it’s pretty damn close.

Grrrl Prty is a five piece hip-hop group from the Twin Cities. As I mentioned, they are all females and they sing about being a female in the day and age. Their songs are brutal and honest to the point of being completely inappropriate. They have one song all about women being on their periods and guys trying to take them home. They went so far as to throw tampons out. Now, being a twenty something female, I loved this. It was taboo, it was dirty, and it was all true.

Although I love all the girls in Grrrl Prty, Lizzo is by far my favorite. Her tagline is “big girl, small world.” I love her, I relate to her, she’s super nice and extremely talented. (Again, all of the girls in Grrrl Prty are super nice in real life and extremely talented.) Unfortunately, Lizzo didn’t make it to the show last night. On Thursday night, she was the guest on The Late Show with Colbert. She announced then that, unfortunately, her grandmother had passed away so she would be flying directly to Detroit in order to be with her family, where she should be. I have to be honest, I was a bit disappointed and worried about how Grrrl Prty would do because Lizzo is such a huge part of the group. They killed it, I honestly didn’t even notice something was missing. They went on that stage without their sister and slayed it. Remember that whole resilience thing I always talk about? Prime example!

Last night was a celebration for Mixed Blood Majority’s new release Insane World. MBM is Crescent Moon of Kill Vultures, Joe Hurton of No Bird Sing, and Lazerbeak of Doomtree. So, yes, you could easily call this a super group of sorts for the Twin Cities. Their music, much like majority of the other rap/ hip-hop music up here in Minnesota, was very upbeat and, I would consider it, positive music. Their music was not about getting “turnt up” in “da club”. It was about real life stuff.

They brought Toki Wright on stage to help them out on a song. Toki Wright… you know, the guy that was a teacher at my college… the guy who, last week, was on a stage playing to tens of thousands of people at the Rhymesayers 20th anniversary party. Toki Wright was on stage with these other legendary musicians in front of a near, but not quite, sold out First Avenue show. I think that is just amazing.

It doesn’t matter how big of a crowd these guys have played in front of, they always come home to the clubs they grew up in. Just like MBM mentioned, First Avenue is sacred. That stage is a sacred platform in a sacred venue. No matter how big a Minnesota artist gets, all they really want is to play on that stage. That stage that I get to stand in front of multiple times a week.

Even though it was MBM’s album release party, local favorite P.O.S. closed out the night. P.O.S. is in the list of my top five local hip-hop/rap artists. That may not sound like much, but for the amount of artists there are in the scene up here, that’s truly a feat.

I got excited before P.O.S. even got on the stage. There was a drum set on each side of the stage. Two drum sets. There was a table towards the back with a couple Apple computers set up and some turntables. Two drum sets + apple computers + turntables + P.O.S + Minneapolis = Marijuana Deathsquads. And that’s what I saw them. I should have known, it should have clicked. I’m glad it didn’t because the second I saw some of the members from Marijuana Deathsquads take the stage, I completely forgot about everything that had been floating through my head.

I’ve talked about Marijuana Deathsquads before so I won’t go over too much but basically, they are a legendary group on in the Twin Cities that rarely plays shows. I have had the luck of catching them three times this year. Marijuana Deathsquads is just a group of geeks that stand on stage, hunched over their computers and turntables while making weird noises that somehow turn into music. P.O.S. is a member of said group but as a hip-hop act, I never thought he would mix his “P.O.S” persona with Marijuana Deathsquads. He did last night and it was better than I could have ever imagined.

Having Marijuana Deathsquads backing him was probably one of the coolest things I have ever seen. It gave his music a whole other level of complexity. The two drum sets going at the same time made it so you couldn’t help but move around. All of the noise, all of the lights, all of the people, all of the smiles. Just perfect. Absolute perfection.

One of the reasons I like P.O.S. so much is his live show. He has so much energy that you can’t help but to completely lose yourself in the sea of jumping people. It doesn’t matter if you have no clue how to dance or even move your body to the type of music he’s putting out, you’re moving and you’re doing it with a huge smile on your face and not a care in the world.

His set was upbeat song after upbeat song. He played old songs, new songs, his solo songs, and songs that he had collaborated with other rappers on. It didn’t matter what he was playing, you could tell he was having a damn good time and that caused you to have a good time. His smile was genuine. When he thanked the crowd, it was genuine. This scene we are in the Twin Cities… it’s genuine. It’s real life. It’s the best… don’t take that for granted.

I broke up with the guy I was seeing yesterday and it was rough. So I called up my friends, went to a show, and danced until I couldn’t feel my legs. I drank more than I should have but I never once thought about what had happened earlier in the day.

Last night’s show saved me from myself.

Percentage of the Crowd That Had No Dancing Skills But Still Had a Great Night- 75.342% (Myself included)

Percentage of the Crowd That Had Dancing Skills That Would Make You Jealous- 24.768%

Favorite Lyric of the Night- “I Got 99 Problems But A Dick Ain’t One!” -Grrrl Prty

One thought on “We Don’t Watch The Replay, We Play”