I’m Only Here For the Moment 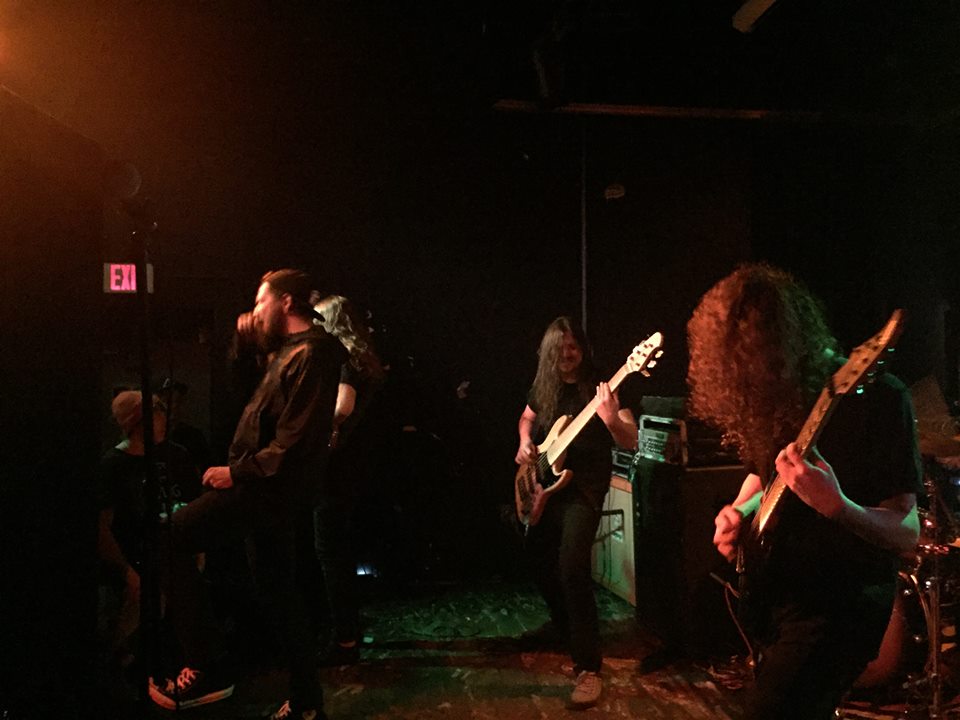 I drove four hours just to see a band that I get to see all the time up in the Twin Cities. Okay, so maybe I wanted to go see my family and get my step-mom’s famous latkes for Chanukah but it just so happened that By The Thousands were playing in Des Moines, Iowa and I had a free night. So I got in my car, drove the four hours through horror movie like fog and found myself at one of the venues I grew up in… the Vaudeville Mews.

Going back to the Vaudeville Mews for the first time in 10+ years was a bit surreal. Nothing has changed. I’m pretty sure they still haven’t cleaned the bar or the floor, there was still no toilet paper or paper towels in the bathroom and some of my angsty poetry is still sharpie’d on the bathroom walls. The only thing that really changed is the fact that I can now drink… legally.

I didn’t tell the boys in By The Thousands that I would be making the trek to Iowa for the show. Hell, I really didn’t tell anyone that I was going out of town. I thought the element of surprise would be worth it… it so was!

It was odd seeing this band and not knowing majority of the crowd. When I see them up in Minneapolis, half of the crowd are friends of mine. Last night it was me, my buddy Chris and two kids I knew from high school. That was all I knew in the crowded venue that was a second home to me when growing up.

I have to be honest, I didn’t pay much attention to the other bands of the night. I was too busy drinking far too much and catching up with Chris. The other bands just fell to the wayside. None of them were terrible but at the same time, none of them were able to pull me away from the barstool. It’s a shame because I’m sure they were good bands but let’s be honest, I didn’t drive four hours to discover new bands, I just wanted latkes and to see my boys do what they do best.

Being able to see By The Thousands turn heads and get people moving in a town they have never played in before was the best feeling on the planet. The crowd could have easily fooled you into thinking that they had seen By The Thousands before. The crowd was moving back and forth in the narrow venue and at one point there was even a circle pit going on. Now, mind you, the crowd up in the cities when you see these guys is much more brutal and energetic but, for being their first time in Des Moines, I would call this a success.

Their music sounded great, as always. It was clean and tight and perfect. I could hear the people around us talking about how great they sounded and I couldn’t help but let the smile creep across my face. Here were my By The Thousands boys impressing my hometown with their amazing music. The songs were the ones I had heard before but, because of the new surroundings, they almost sounded different. Familiar, but different… but perfect.

I drove four hours just to see some friends play a concert and to get some potato latkes from my step-mom. It was an impulsive trip but it was so worth it. Seeing By The Thousands kill it in my hometown was an amazing feeling. I say this everytime I write about them but, these guys are killing it and going somewhere. I am so proud of them and love them with all my heart… not just as a band… but as people.

Dustin, Louis, Carlos, Adam and John… have fun on tour! Can’t wait to see you guys when you get back. Round of drinks on me!

The Curse of Hail

Found in the Pit- None