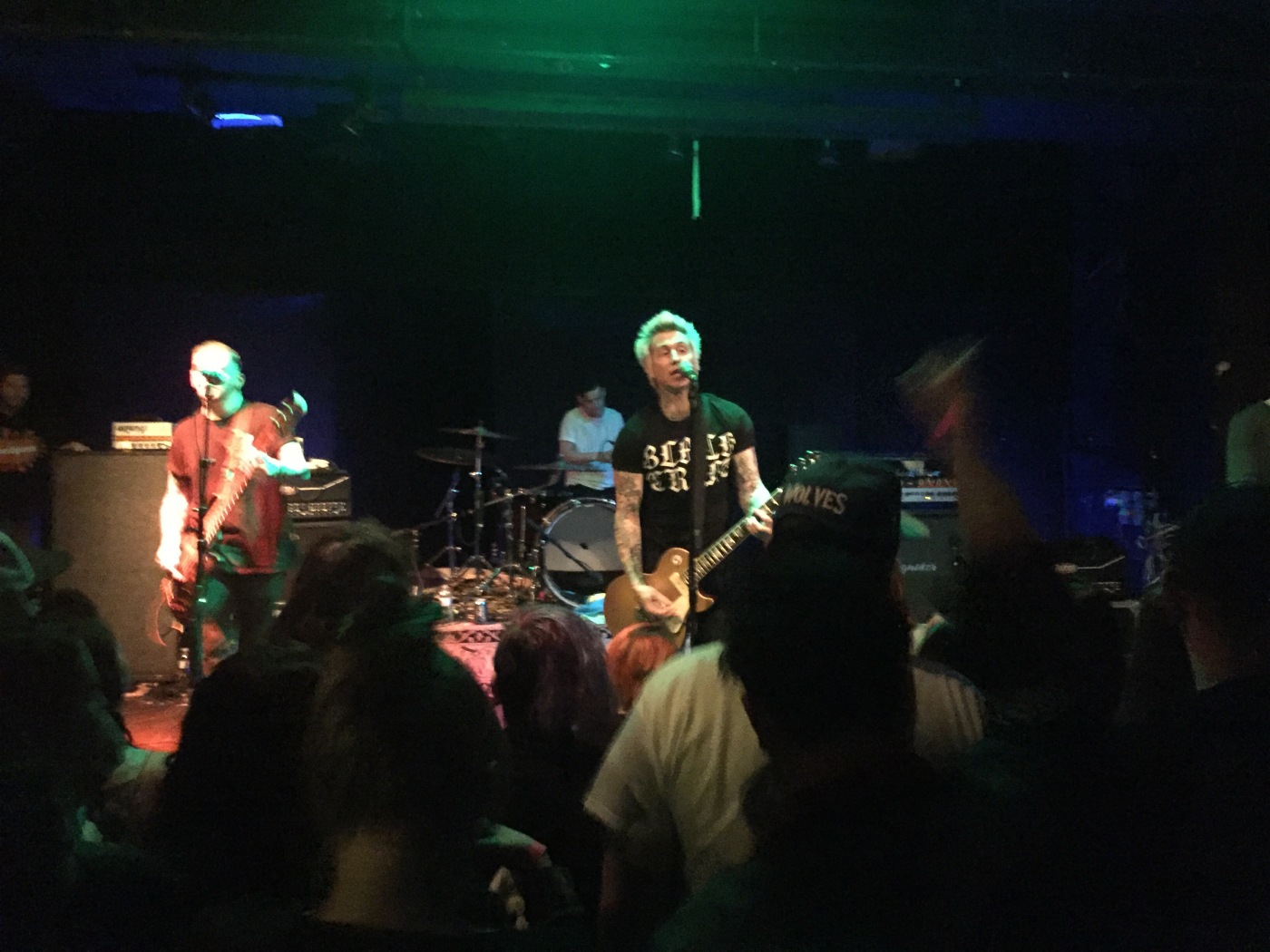 I was literally shaking as I walked up to him to take a picture. He put his arm around me and I almost started to cry. It wasn’t real. There’s no way last night was real. Someone pinch me.

Whenever I talk to my dad on the phone, he asks me what shows I have coming up. He typically has no clue who any of the bands are but when I talked to him earlier this week and told him Friday night’s show, he knew exactly who I was talking about. When I was younger, my dad would travel for work and have my brother and I write a list of what we wanted him to bring us back. He recalled the time, over ten years ago, when he went to Chicago and all I had on my list was a Mest t-shirt. He apparently wandered all over Chicago to find me this damn shirt and ended up finding it at some record shop on Michigan Avenue. My first Mest shirt.

I’ve been obsessed with Mest forever. They were one of the first bands that really got me into music. I remember a time when they were literally all I would listen to. I just couldn’t stop. I was addicted. Years have gone by and my music tastes have changed but there are some days where I can’t resist a little throwback and find myself only listening to Mest again. I never, in my wildest dreams, thought I would be able to see this band live. It’s been awhile since they have put any music out and honestly, I don’t know of many people who have even thought about this bands since the heights of the pop-punk movement back in the early 2000’s.

When their show got announced, I almost cried. I was finally going to get my chance to see Mest. Not only that, but they were on a line-up with Hawthorne Heights and The Ataris who just so happen to be some of my other favorite bands from when I was growing up. So not only did I get to see Mest… I got to see Mest with a bunch of other bands that meant so much to me when I was younger while being surrounded with people who were just as excited as I was to have this opportunity.

I don’t remember much from last night. Yeah, I was drinking and I was drunk because I was looking for any excuse to go talk to the cute bartender, but that’s not why I can’t remember anything. I was truly lost in a world of nostalgia. I wasn’t 26 and struggling to pay the bills. No, last night I was 14 without a care in the world.

It has been awhile since I listened to a full Mest album but as soon as they started their set, I knew every single lyric. I knew what lyrics they would change the words to because I used to obsess over their “The Show Must Go Off” live concert DVD. I instantly remembered everything along with the feelings that the music gave me growing up. There were certain songs that literally had me teary eyed. I caught myself thinking about friends that I hadn’t talked to since high school just because the music took me right back to that time and place.

The second I started digging in my purse for my eyeglass case, my roommate knew exactly what was going on. I was gone. I threw my purse into her hands, handed off my beer and b-lined for the front. I’ve become calmer at concerts than I once was. I tend to stay out of the mosh pit so I can keep an eye on everything that’s going on. I didn’t care what was happening last night. I went straight up to the front and started screaming and jumping. I had no control over what I was doing. I honestly had no clue what I was doing. But it felt so right and felt like what needed to be done.

Like I said, I don’t remember much from last night. I know that I completely lost it when Tony Lovato, the singer of Mest, put his arm around him for a picture. I wanted to scream and cry and smile all at the same time.