It Was Only Dancing (Sex) 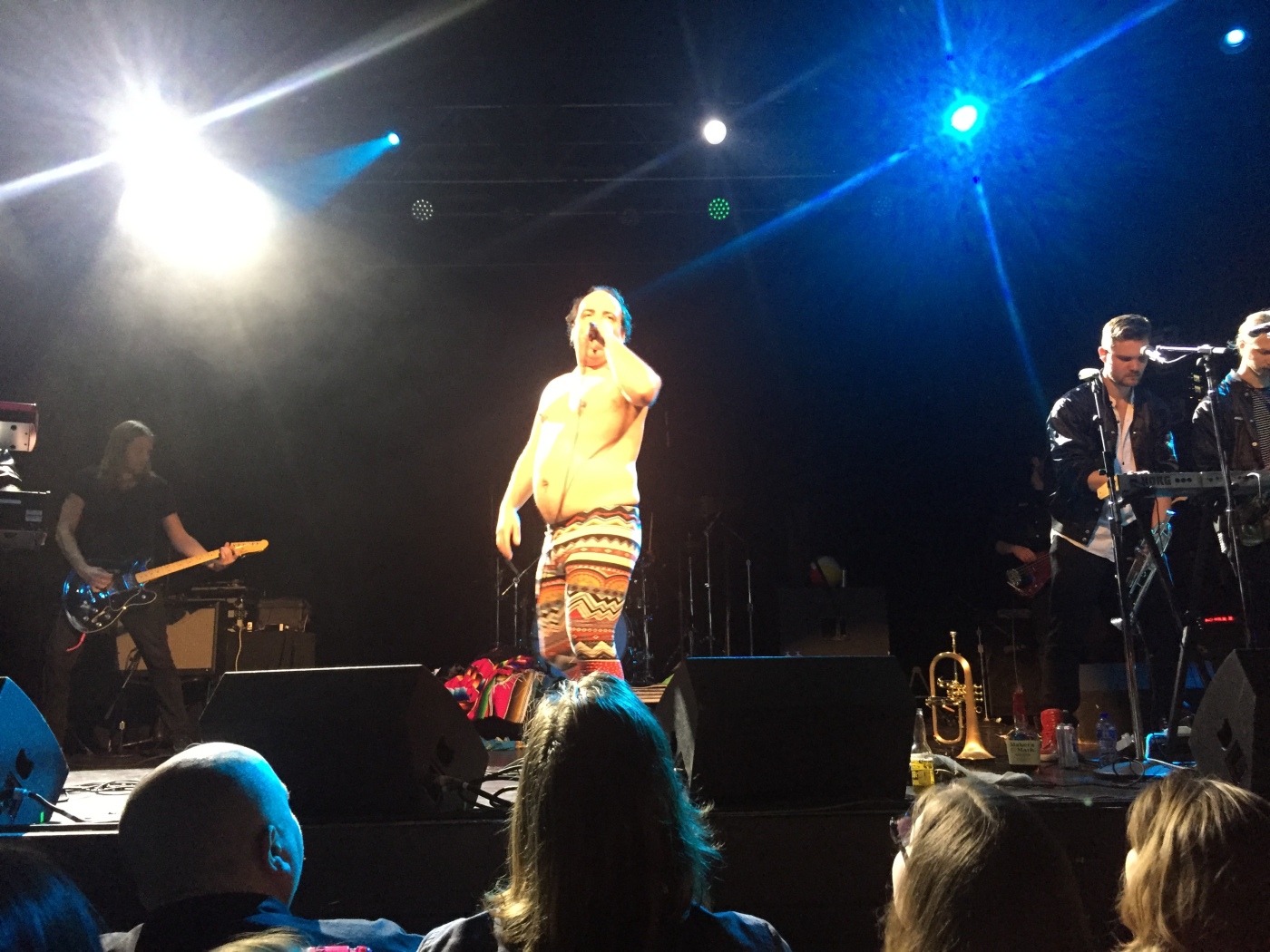 Har Mar Superstar is a staple in the Minnesota music scene. Even though he moved away for a couple of years, we claimed him as ours. He announced earlier this week that he was moving back and will be calling Minnesota his home again. Little did he know, he really never left as far as his fans were concerned.

I have been to many Har Mar shows but rarely get to see him play. The last chance I had was at the Pizza Luce Block Party last year but he was the last act to get on stage and after hours and hours of drinking, I just couldn’t stay long enough to see him. Last night was the first night of his tour in support of his newest album so he was headlining the sold out show at First Avenue.

Har Mar Superstar, born Sean Tillmann, is a character to say the least. Har Mar is not physically attractive in any way shape or form. He is a balding middle aged white guy with a protruding pot belly (think Ron Jeremy). He is notorious for stripping down to his skivvies while dancing in a provocative manner. His shirt was off within a few songs but somehow he kept his pants on even though the crowd was yelling at him to strip.

The way he moves on stage shows no shame. I think that’s why I love him so much. People eat up this idea of body positive performers but they are mostly females. Where’s the male’s body positive spokesman? That’s the void that Har Mar fills and he does it flawlessly. He has no problem shaking it on stage and seems to be obsessed with his own sexual prowess. Even though he is not attractive at all (at least not to me), you can’t help but fall in love with him because he just seems fun.

His lyrics are typically hilariously raunchy. Mix the lyrics with Har Mar’s look and you might think that this is a complete joke but pay attention a little bit more, and you realize just how talented this guy is. His voice, although singing some of the must ridiculous lyrics I’ve heard, is more than talented. It’s soulful and flawless. His backing band is more than talented and if you’re able to peel your eyes off of Har Mar’s dancing, it’s hard to keep your eyes off of the horn players.

His music is a mix of R&B and pop music with a little hint of old school funk. It’s the kind of music where even if you’re having the worst day of your life, you start to smile and dance. You just can’t help yourself. I can’t tell you how many people spilled their drinks on me while dancing in the front few rows but I didn’t care. Nothing was going to wipe that smile off my face or keep me from dancing like a fool.

Har Mar Superstar will be touring around the United States for about five weeks before he heads overseas for a European tour. I highly suggest that you try and catch him on this tour. If I didn’t have the Pig Destroyer show tonight, I would be driving down to Iowa just to catch this great show again.

Drink of Choice Throughout the Crowd- Alcohol