We’ve Got To Stick Together 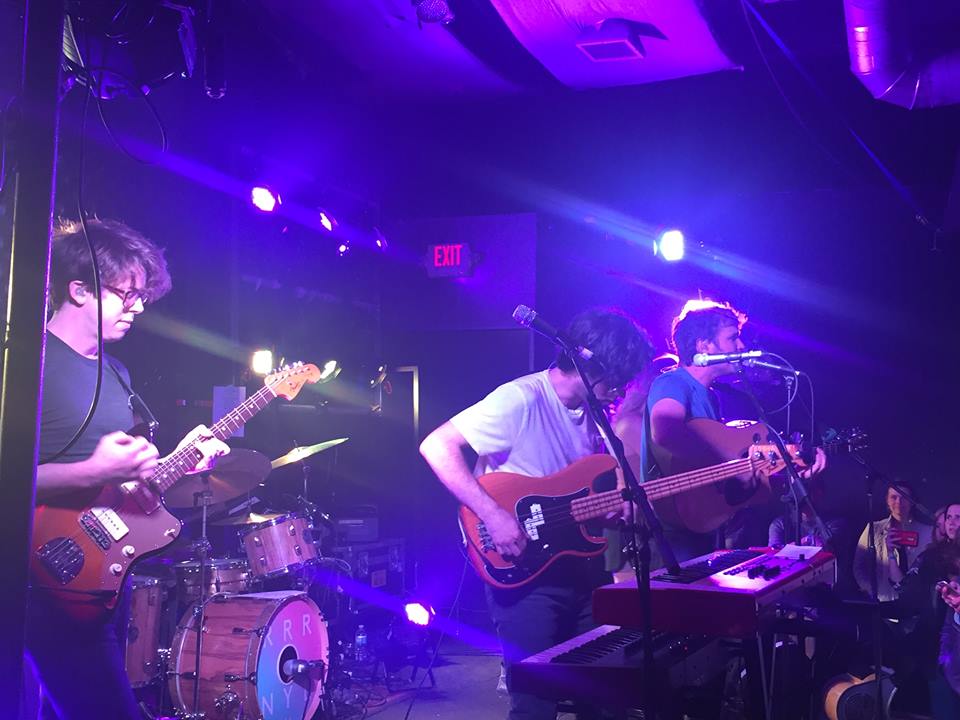 I go to the Triple Rock multiple times a month. There are some weeks where you can find me there multiple nights in the same week. I know the venue like the back of my hand. When I got inside last night I really really had to pee so I bee-lined it straight for the women’s bathroom. I didn’t even notice that the “women” sign had been covered up. I walked into the bathroom and saw a couple men at the sink. At first, I didn’t think anything of it because I had to pee so bad. When I came out to wash my hands, it hit me. Was I in the wrong bathroom?! Has my exhaustion hit a crucial level!? I walked out of the bathroom and noticed that there was a piece of paper covering up the sign that typically says “women”. The paper said “gender neutral”. I was more than relieved that I had not completely lost my mind and walked into the wrong bathroom. I was also more than ecstatic that I live in a city where this can happen and I frequent places that make it happen.

Everyone was friendly and everyone was happy. I love my metal family and love going to metal shows but last night had a stronger sense of Minnesota Nice than any metal show I have ever been to. People noticed that I was there alone and that I didn’t know any of the bands playing or anything. Multiple people offered to buy me a drink and multiple people dragged me to the middle of the venue and got me dancing like a fool. I didn’t know anybody walking in but walked out of the show feeling like I had just had a long hang out session with some of the best of friends.

The show started out with the band PWR BTTM. Yes, you read that right, PWR BTTM, as in power bottom, as in this was a queer duo from New York that truly caught me off guard. Ben and Liv are the two members of this band and they are truly “out there” but in the best way possible. Their set was just as much of a comedy routine as it was a concert. Majority of the jokes were inappropriate and raunchy. They were the kinds of joke that usually make you feel uncomfortable. You know, the ones where you don’t know if it’s okay to laugh at them or not? The jokes had the crowd laughing until they couldn’t breathe and it felt okay to laugh because the whole venue just had a very cozy vibe about it. The chemistry between Ben and Liv is perfect and the banter they have is enough to make even the most straight faced person in the audience to giggle at least a little bit.

Their music sounded raw and unfinished but it fit their look perfectly. The two members swapped places seamlessly between the drums and guitar and they both sang. For the first song they had Taliana Katz on bass, from And the Kids. They switched her out for Mathieu Santos, the bassist of Ra Ra Riot but after a song or two with Mathieu playing bass, they got rid of the bass altogether and just stuck to drums, guitar, and vocals.

Glitter was falling off of Ben’s face as he sang through the short set. He explained that he had had the makeup and glitter on all day because they had a performance at Radio K earlier. Even though the set was short, the two members were swarmed at the merch table after their set. The crowd loved it. It was weird, it was strange, the lyrics were funny at times and oddly relatable at other times. I definitely didn’t know what to expect from these guys but I walked away with a desire to see them again very soon.

Ra Ra Riot was the headliner of this sold out Thursday night show. These guys are an indie rock band from Syracuse, New York that has been around for years. Their first full length album came out in 2008 and it seems like they have been touring/ performing/ recording ever since.

Ra Ra Riot has a bit of an orchestral feel to them due to the violin and cello but at the same time, it’s nothing short of great dancing music. It didn’t matter what song they were playing, the crowd reacted the same way and was unable to stand still. It was the first time in a long time where I have seen the Triple Rock turn into what resembled a dance club. Each of the audience members had a smile on their face as they danced and sang along to the indie rock anthems.

Violinist, Rebecca Zeller, had a violin that literally sparkled in the insane light show that was going on due to the rhinestones that covered the instrument. It was hard to take your eyes off of singer Wes Miles due to his charming smile and subtle but fun dance moves. He paced the stage as he sang in his flawless voice that was able to hit notes all over the sound spectrum.

And The Kids was the group sandwiched between these two amazing groups and they were more than able to hold their own. This female trio had energy and feeling behind every single song during their short set. Guitarist Hannah Mohan had a voice that turned heads with the first note. It was powerful and raw but at the same time had a sweet pop vibe to it. Their songs weren’t fast and they weren’t slow, they were just perfect.

I had no expectations going into the show last night and my exhaustion is close to a critical level but I had a great time dancing to music I didn’t know with a bunch of people I didn’t know.

I will be back at the Triple Rock on Saturday for Pig Destroyer. I truly hope those bathrooms still say “gender neutral”.

Average Age of the Crowd- 26