Time Moves On And People Move On 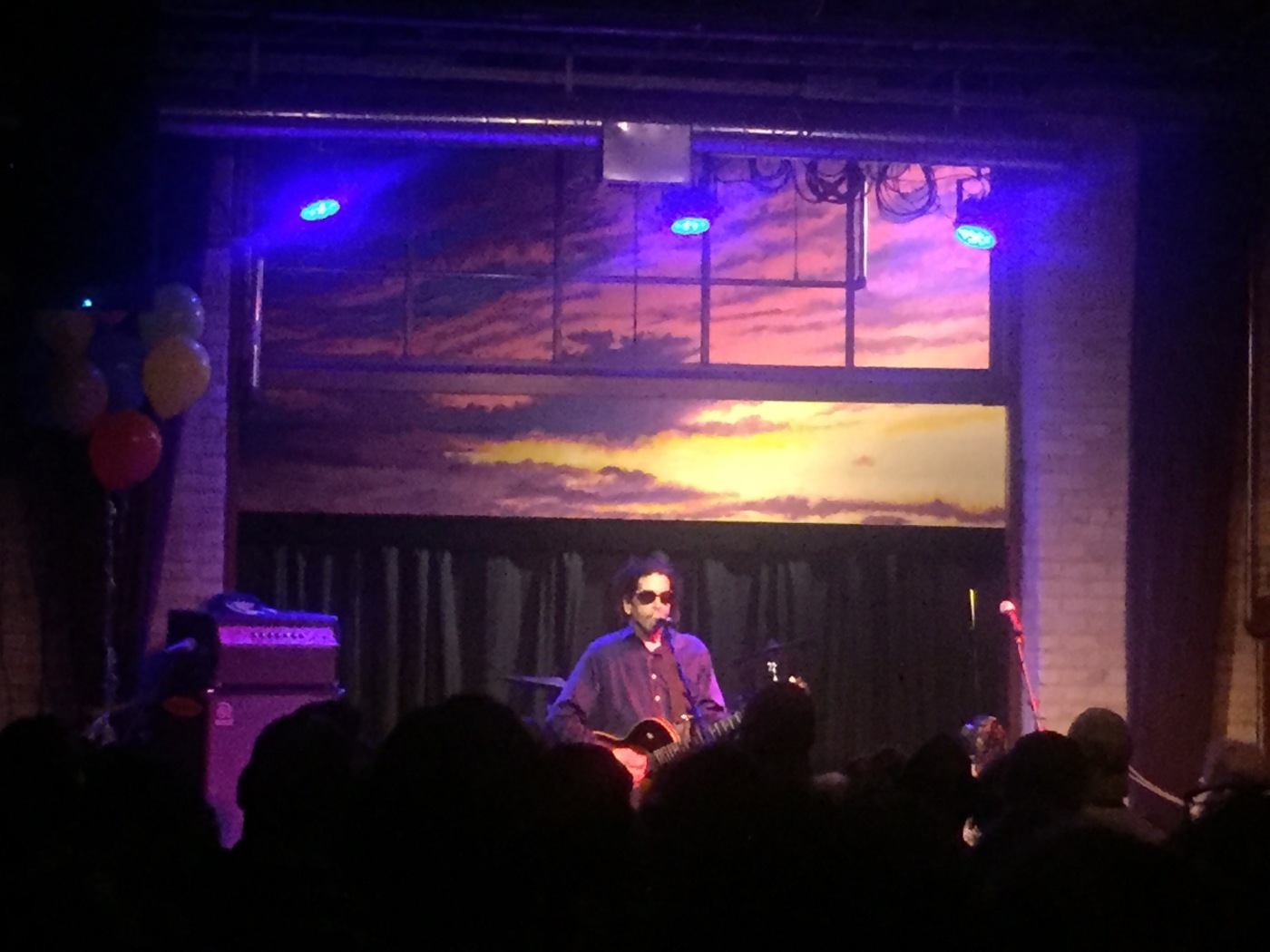 It’s hard to explain just how amazing the local music scene in the Twin Cities is. Sure, I always harp that the local metal and hip-hop scenes are amazing but you can not talk about the Twin Cities and not bring up all of the influential punk and rock bands that came out of here. I mean, come on, you have The Replacements, Husker Du, Run Westy Run, Babes in Toyland and far too many others to list. To find yourself immersed in a world of music this vibrant is truly humbling. To be standing at a venue with a drink in hand and realize that you’re standing next to members of Husker Du… that’s enough to make someone go all fangirl but, up here, that’s just another night at another show.

Last night was an impromptu celebration of local musician Grant Hart. Grant is best known for his work as the drummer and co-songwriter of Husker Du but he has done so much more than that over the years. Nothing short of a legend, it seemed like absolutely everyone who was anyone showed up last night to celebrate this man’s life and talent. Unfortunately, Grant’s health seems to have declined quickly over the years. There’s a lot of speculation about what’s going on and, since I don’t have the facts, I won’t even touch that subject. All I can say is that seeing him around the venue throughout the night was a bit heartbreaking. His soul was bright and shining to the point where you couldn’t help but notice as he made his way through the packed house, but you could tell something was wrong.

The concert part of the night was very informal. With only two groups listed on the “official bill” (being Grant Hart and Rank Strangers), I was excited to see who else would show up and pay homage to Grant. It was no surprise that it would be some heavy hitters in the local music scene but I would be lying if I wasn’t a bit shocked when I started to realize just how many legends I had found myself surrounded by. A little bit after I was served my beer by Lori Barbero (of Babes in Toyland), one of my friends came back from the bathroom letting me know that comedian Nick Swardson had found his way into the venue. It was seriously a surreal experience to be a part of and, even though there were a million other shows going on in town including Dillinger Four (one of my all time favorite bands) playing at The Triple Rock, I was more than content with where I was and who I was with.

I honestly couldn’t tell you everyone who I saw play but that didn’t really matter. Whether it was Porcupine (a personal favorite of mine featuring Greg Norton of Husker Du) or Run Westy Run, everyone was singing songs from Grant’s life and it was truly touching. The stage was a revolving door of legends all with different styles but the same love for Grant. Sets were short as groups seemed to have a three song limit but the constant revolving door gave the show an element of surprise. It was hard to predict who was going to be on stage next or what group would form behind the instruments but you knew it was going to be good.

The night ended with Grant Hart playing a solo set. The room was silent as he stood on stage with his electric guitar and played with a sense of passion that would move anyone to tears. His songs were slow, dark, and extremely emotional. Grant seemed to struggle through certain chords and lines of lyrics but the crowd was nothing short of reassuring as they shouted out positive words for Grant to keep going.

After a couple of songs and a couple of requests, Grant’s fingers decided that he was done and he very reluctantly left the stage. The last thing he said into the microphone was. “We’ll see you a bit further down the trail.” I instantly had goosebumps. As much as I hope it isn’t true, last night could have been the last time Grant Hart takes the stage. It would be an understatement to say I was honored to be there.

How do you show your appreciation for a legend? You throw him a party. Last night may have been tear-inducing for majority of the crowd as they watched Grant leave the stage at the end of the night, but it was still nothing short of a party for a truly amazing and inspirational man.

We love you Grant Hart.