Does It Sound Just Like What They Told You? 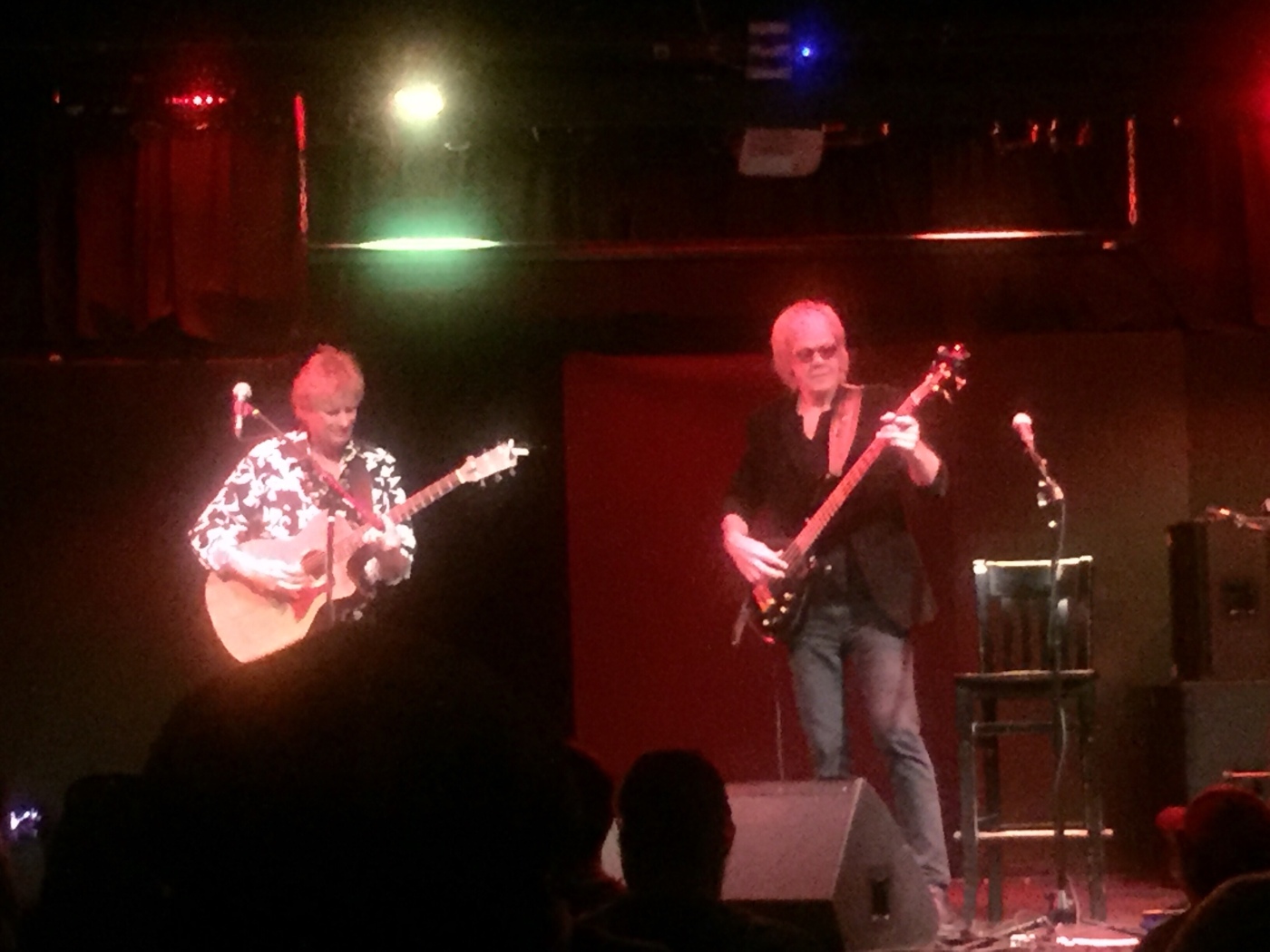 I had wanted to cover the AJR show last night in Minneapolis but, after not hearing back from their PR regarding covering the show, I decided that paying the ticket price to hear just one song I hate to admit I love was not worth it. That being said, clearly I wasn’t just going to sit at home last night. Sure, I would have loved to watch the season premiere of Jersey Shore but I have a good string of shows going and I’m not ready to give it up quite yet. I know I wrote yesterday about how weird my week has been but it got a whole lot weirder with the show I ended up at last night and I loved every minute of it.

At Tuesday night’s Weird Al show, the guy introducing the show mentioned that Weird Al’s guitarist Jim “Kimo” West and bassist Stephen Jay would be playing at The Amsterdam Bar & Hall in Saint Paul on Thursday night. I honestly wrote it off since I thought I would be at a different show that night but, when that fell through, I knew exactly what show I should be at. So I texted my show buddy who will let me drag him to just about anything and everything, and we met up at one of my many homes away from home for the show.

Usually Amsterdam’s venue portion is completely wide open but last night’s set up was a little different. There were rows of chairs in the area that I’m typically getting my butt kicked by the youngsters in the pit. The area where tables of merch are typically displayed was taken over by older couples enjoying a glass of wine. Honestly, it was a bit weird and shocking but I knew going into this that it would be a bit of a change of pace from what I’m used to. When my buddy got there we made our way into the venue side of the bar and sat down in a set of open chairs waiting to see just what this should would be about.

First on the stage was Jim “Kimo” West. Even though he’s from Canada, Jim is a legendary slack-key guitarist who can instantly transport you to the sunny beaches of Hawaii with just one song. Honestly, with how cold it’s been up here lately it was a very, very welcome sound. Having seen Jim perform multiple times with Weird Al, I was intrigued by what his solo stuff would sound like. With eleven full length albums out, Jim is not new to the solo world but I honestly had no idea having only known him as that weird quiet guy from Weird Al’s band. Although the quiet guy thing still reigned supreme throughout his forty-five minute set, there was a side to Jim that was seen during his solo stuff that seems to be missing when playing with Weird Al.

Although always coming off quiet, there’s a sense of goofiness that radiates from Jim when he plays with Weird Al. Like the other members of Al’s band, Jim is constantly in different costumes and always joking around. The jokes were still there last night as he joshed around with the modest crowd but there was this new sense of seriousness that seems to be lost when playing with Al. Although you could feel the concentration and dedication that Jim has to the art, there was a sense of informality that kept the night feeling loose and fun. Although he only addressed the crowd a few times, there was this passion in his voice that was impossible to ignore as he explained just what slack-key guitar is and shared some stories about his past. After his performance last night, Jim was no longer Weird Al’s guitarist to me. He was now Jim “Kimo” West– slack-key guitar extraordinaire and truly amazing performer with a down to earth personality.

Like Jim, Stephen Jay is one of Weird Al’s original band members. After Jim’s turn in the spotlight, it was Stephen’s chance to show off his true talent and, just like during Jim’s set, I was left in shock and awe. With an impressive fourteen solo albums out, Stephen isn’t new to this whole solo bass thing but I was. I honestly didn’t know how I felt about seeing a bass player play along on the stage but as the drum track kicked in and Stephen started singing over his unique style of bass playing, I completely forgot that I was only watching a bass player. There was a sense of energy that came from Stephen as he played that was infectious. That that energy and combine it with his charming smile, his hilarious stories about life on the road, his passion for his basses (all of which are named), and the way he interacted with the crowd and you are left with a hell of show.

As I mentioned, Stephen seemed to be a bit looser with the crowd than Jim. They both definitely had their own personalities that shined and the stark differences between the two of them made it a truly special night. Stephen joked around as he explained that one of his basses is named Sadie but he’s never actually met anyone named Sadie. After finding someone in the audience who, in fact, is friends with a Sadie, Stephen offered up a free CD as long as it would make it into her hands. It was that moment and the way that every time he addressed the crowd he would take his sunglasses off that just added a personality to this face that I had only ever known as the quirky bass played for Weird Al.

At the end of the night, Stephen and Jim played a couple of songs together including a fantastic Bob Marley cover. The chemistry between the two musicians is something that can’t be imagined. It’s clear that they’ve been playing together for over thirty years in Weird Al’s band but it’s also clear that they are more than co-workers. I watched with a smile on my face as these two wonderful musicians became more than just Weird Al’s band– they became Jim West and Stephen Jay.

Sausage Fest Meter-6 out of 10

Average Age of the Crowd- 40