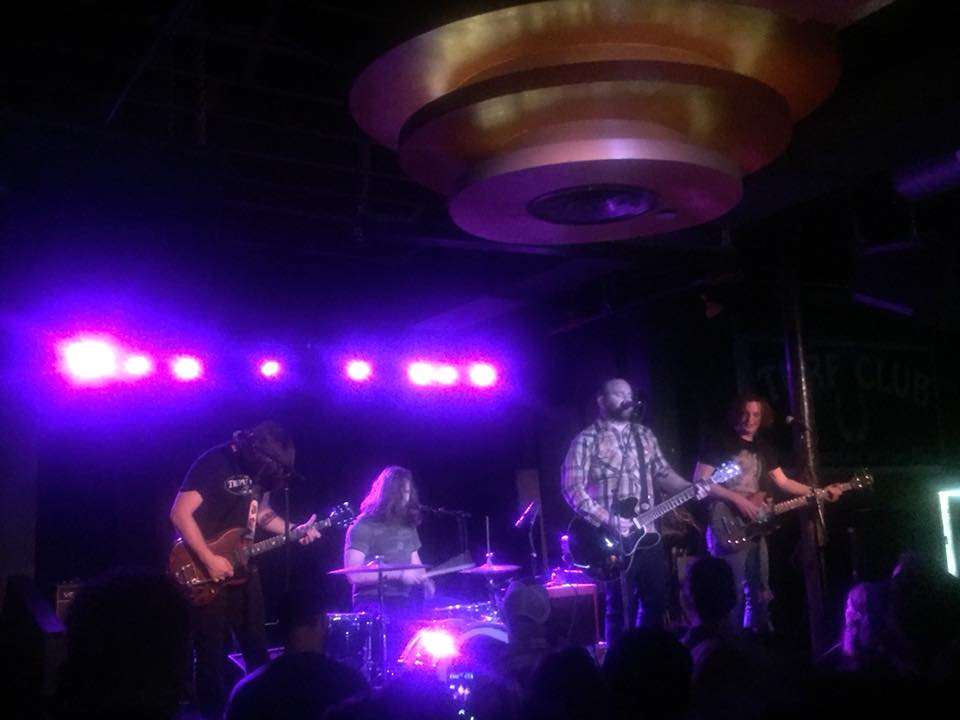 My week has already been a bit strange what with legendary metalheads Judas Priest on Monday and then my favorite funny man Weird Al on Tuesday. The opening band on Wednesday night took the stage along with three cowboy hats and two bolo ties. I honestly couldn’t help but laugh. What is my life? Where the hell am I? What am I doing? But, most importantly, how did I get so lucky as to be able to do this night after night. Cowboy hats or not, I was ready for a show that I knew nothing about and, judging from the quickly growing crowd around me, I was truly in for a treat.

Wednesday night’s show started with some Texas heat which, with how freaking cold it is outside, was definitely a welcome sight and sound. Vandoliers are a six piece alt-country band from Dallas, Texas that instantly had the crowd gravitating closer to the stage and warming up a bit. Their sound was a very unique blend of country, punk, alternative, and even a little honky-tonk twang. Although it’s not something I would typically listen to, I loved the blend of all the genres. There were elements that I could pick out that would remind me of a punk show but other elements that were unfamiliar (to me) sounds and styles that you would get from a country show. The way the six piece was able to blend it all together and make something so interesting was more than enough to have to me falling in love with this group.

Beyond the music was the band members’ personalities. Although singer Joshua “Fireball” Fleming seemed a bit soft spoken and even shy at times, when he addressed the crowd it was a feeling of genuine appreciation. On multiple occasions throughout the group’s forty minute set Joshua thanked the crowd for taking time out of their busy lives to come out to this show. He seemed truly surprised and humbled by the amount of people that had come out on the cold Wednesday night. Fiddler player Travis “McFiddlesticks” Curry seemed to be loving the attention he got. Watching him singing along with an undeniable sense of chutzpah was nothing short of amusing and just added another side to this band that had me falling head over heels.

As amazing as Vandoliers were, they weren’t the main reason so many people came out on a sleepy Wednesday night. Last night was all about local favorites The 4onthefloor. Fronted by Gabriel Douglas (a man who I have seen perform solo sets multiple times and absolutely adore), The 4OTF formed in 2009 and haven’t stopped since. With four full length albums, a couple of splits, and an EP, The 4OTF are one of those bands that are making the Twin Cities a very proud place. They represent this scene well and never forget that this is their home. Although they don’t overplay here in the cities, they play here enough for me to say that I’m honestly disappointed in myself. Last night was my first time seeing this group live and I honestly don’t know why it took me so long to see them. What I do know is that I am addicted, I get the hype, and I truly can’t wait to catch them again.

Like Vandoliers, The 4OTF have this odd sound that mixes a little bit of everything from country to punk. There were moments during their set that I had wished I had on my cowboy boots and other moments where it was one of those hold my drink, I’m going to rough some people up a bit, moments. Regardless of what genre the group was pulling from at any given point during their set, there was an undeniable sense of energy that had the entire crowd moving. It didn’t matter if you knew what you were walking into or not (although I got the feeling that I was the only one that hadn’t seen this guys live before), if you were inside of the Turf Club last night during The 4OTF’s set, you were moving and grooving along to the infectious beats.

I love the way that The 4OTF set up the stage. Instead of having the drummer in back while the guitarist, bassist, and singer take the spotlight, the group was lined up in a single line on the edge of the stage. Not only did I feel like this looked absolutely amazing, I feel like it helped the sound out. Everything just came out as sounding fuller and boomier which, with my current exhaustion levels, was definitely appreciated. Looking at a couple pictures from past shows, it looks like this is their normal set up but it was completely new to me and something that made them stand out in my endless stream of concerts.

Last night may have been my first time catching them live but it certainly won’t be my last. I know I missed my chance to see them at small intimate clubs like The Triple Rock (which would have been perfect for their electric energy), and they’re probably to big to be playing at Mortimer’s and that has me a bit bummed but I’m onto them now. The 4OTF may be local boys to many people in the community but they are quickly gaining popularity across the country and I can’t wait to see where they end up.

My week started with denim, leather and studs. Tuesday night was full of laughs and nostalgia. Wednesday was all about cowboy hats and music I typically don’t listen to but ended up truly enjoying. What will tonight bring?

Sausage Fest Meter-6 out of 10