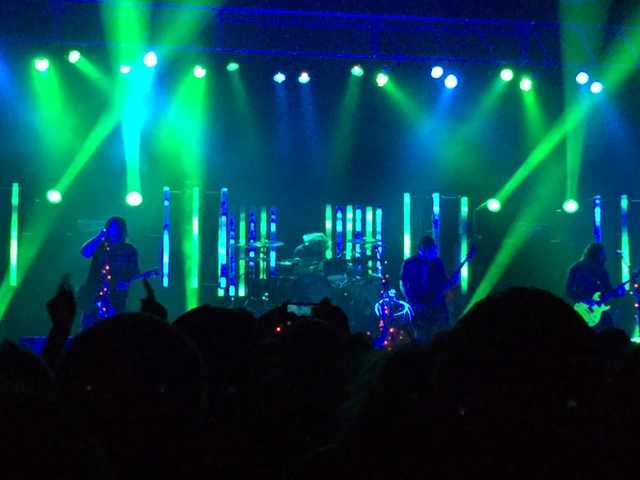 I hate radio rock. It is the bane of my existence. Even growing up, I would have rather listened to the same 4 song EP on repeat than listen to the local hard rock station. All of that stuff sounds the same to me. Yeah, yeah, yeah, the pop-punk and hardcore music I live for may sound all the same to you but that’s my scene. Radio rock…. not my scene.

So why did I go last night? I have a soft spot for Seether. I don’t know why, but I do. Maybe it’s his voice, maybe it’s the lyrics, or maybe it’s just that sense of nostalgia. Regardless, I like Seether. There, I said it. I’m a hypocrite, whatever. That being said, last night was the first time in a while that a live show didn’t give me a spark. There was nothing inspiring about it. The bands got on stage, played their songs, got off stage, wash, rinse, repeat.

The crowd consisted of the following types of people:

Okay, I admit it, I’m a hater. I hated this show. The crowd wasn’t into it. The bands weren’t having fun. The music was terrible. There was nothing to watch. It was the first time in a long time where I probably would have just enjoyed sitting at home and listening to the CD more.

Here’s to hoping the shows this weekend go a bit better than last night!

Found in the Pit- Wait, there was a pit?

One thought on “Wash, Rinse, Repeat”