Even Birds With Broken Wings Want To Fly 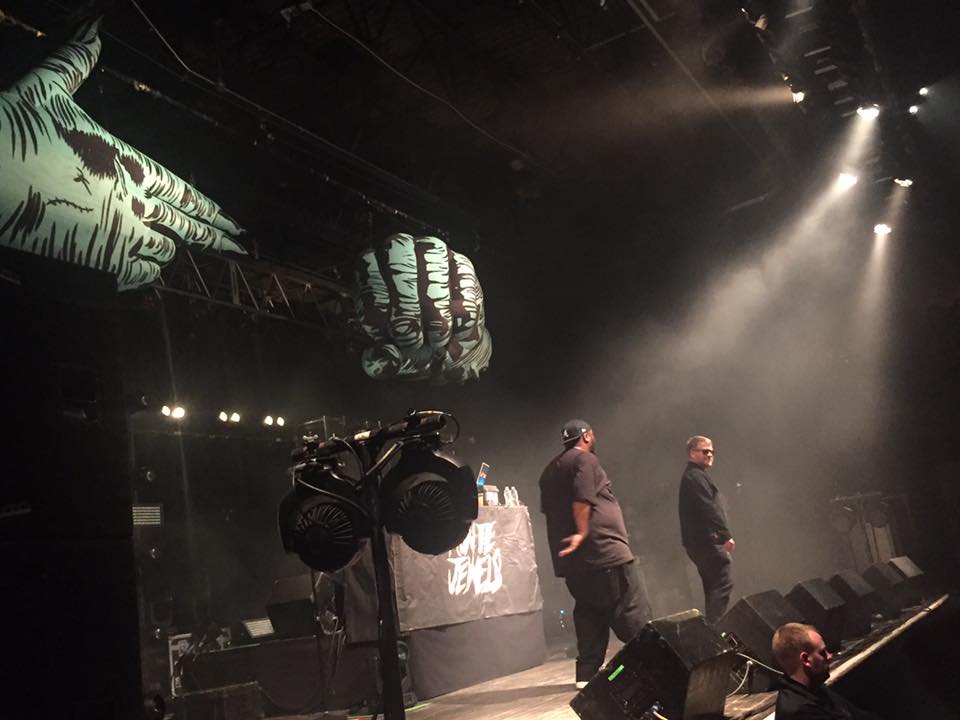 Yesterday was Valentine’s day. As majority of my friends seemed to be having fancy dinners or getting engaged, I scarfed down a frozen pizza and headed out the door to go to a concert because, let’s be honest, concerts may as well be my boyfriend.

The show started up with what seemed to be a bit of a mash-up of some of the best up and coming rappers. With Nick Hook behind the turntables, Spank Rock (this one was a surprise as he was not listed on any of the flyers or event pages), Cuz Lightyear, and Gangsta Boo all got to share a couple of songs with the quickly growing crowd. Each performer brought a different brand of music to the stage and the diversity kept the opening hour feeling fresh and up-beat. There was a lot of energy from stage regardless of who was performing but the one that seemed to get the most response out of the crowd was Gangsta Boo.

Not only is Gangsta Boo the first and only female member of Three 6 Mafia, she was the only female to grace the stage last night. Her raps were quick and witty and the crowd seemed to be familiar with her music as it was the first time in the night where I heard people singing along. Gangsta Boo talked about being the first and only female in Three 6 Mafia and how we (women) rule the world. She didn’t take it too far and didn’t get too political, she said what needed to be said and let her music do the rest of the talking and, for that, I loved her.

After Spank Rock, Cuz Lightyear, and Gangsta Boo performed a couple of songs with the help of Nick Hook, it was time for The Gaslamp Killer. Having never heard of this guy before, I wasn’t quite sure what to expect but as soon as he started playing, I was hooked.

The Gaslamp Killer is a DJ. He mixes hip-hop and rap music with seriously every other genre out there and that kept me interested in what he was doing. I recognized some rock songs that I grew up listening to and some newer rap songs that I try to avoid like the plague when I hear them. He dove into the world music scene and featured a J. Dilla cover played by a trio in India with traditional Indian instruments. I was touched when he mixed in some traditional Syrian sounds dedicated to his Grandmother who is from Syria. The fact that this guy was able to mix such different sounds and make something cohesive and truly beautiful gave me goosebumps.

Beyond his music, The Gaslamp Killer’s energy was off the charts. I’ve seen thousands of bands, hundreds of DJs and this guy easily takes the award for most entertaining and energetic performer I have ever seen. He was all over the place, moving to the music in whatever way he saw fit. I tried my best to get a picture of him but, even though I was right near the stage, it was impossible because this guy just could not stand still. He brought life to this music and to the stage. During most solo performers, regardless of the genre of music, I find myself checking my phone more often or heading to the bar to get a drink. It’s not that they are ever bad, just watching one person for an hour can get a bit a monotonous once you get a feel of what they do when on stage. That was not the case for The Gaslamp Killer. I was captivated throughout his set and more than happy to just stand there and watch him.

The Gaslamp Killer said something that stuck with me over night. It was something to the effect of saying it doesn’t matter who runs this country. The people in the United States are creative and loud. The beauty of this country if the freedom we all have to express our creativity and that doesn’t change depending on who is “running the show”. I loved the simplicity of the statement and absolutely adored how you could feel his words hit the crowd.

I was still trying to pull myself together after being blown away by The Gaslamp Killer’s set when Queen’s “We Are The Champions” started playing through the speakers and Killer Mike and El-P took the stage. The feeling in the sold-out crowd was electric as the two danced around the stage and got ready for, what would prove to be, an absolutely amazing performance.

The Gaslamp Killer put it best when he said that he was afraid our generation would never get a “Public Enemy” group to look up to… then Run the Jewels came along. It’s easy to tell why this super-group is constantly being compared to some of the greats in the scene. They respect the art that they are performing and respect the fans. They explained to the crowd that, yes, there may be some moshing and, yes, someone might fall down but that just means you need to help them up. Now, I know the rules, I know how a mosh pit works but, for a crowd that is probably a bit new to the whole moshing thing, it was nice to see the performers explain the rules just so there’s no confusion and no major injuries.

RTJ’s set was explosive to say the least. The light show was a light show made for kings and, if you ask me, RTJ may as well be kings of the scene. The bass was turned up loud enough to make my three nose rings (yeah, okay, not my best idea) clank together inside my nose causing me to sneeze more than if I was in a field of ragweed and I could feel my gauged ears vibrate against my head due to the sheer power of the bass. The lights paired with the, sometimes overpowering, bass all mixed with the high energy of the crowd made for a truly spectacular show.

It didn’t seem to matter what song RTJ was playing or who was taking a turn on the microphone, through the set the crowd was jumping up and down and singing along. Honestly, it felt more like a rock show than a rap show and I was more than okay with that. I also think that shows the beauty of RTJ. There are no boundaries when it comes to their music or their crowd. They are putting music out there that people genuinely care about whether it’s part of “their scene” or not and, in dark times, a bright spot like that is one of the most beautiful things you can see.

I’m not in a relationship right now and I’m typically more than okay with that. I would rather spend my time at a concert than going on dates and I’m pretty sure finding someone who can keep up with me is next to impossible. That being said, I would be lying if seeing all of my friends on Facebook going on dates and getting engagement rings didn’t have me feeling a bit down and out. Yesterday was Valentine’s day and, even though I spent it single, I was far from alone. I celebrated the day of love doing what I love… going to a concert surrounded by hundreds of strangers and feeling more love than you can receive from just one person.

Show on Deck-  Born of Osiris/ Within the Ruins + oh so many more!

2 thoughts on “Even Birds With Broken Wings Want To Fly”