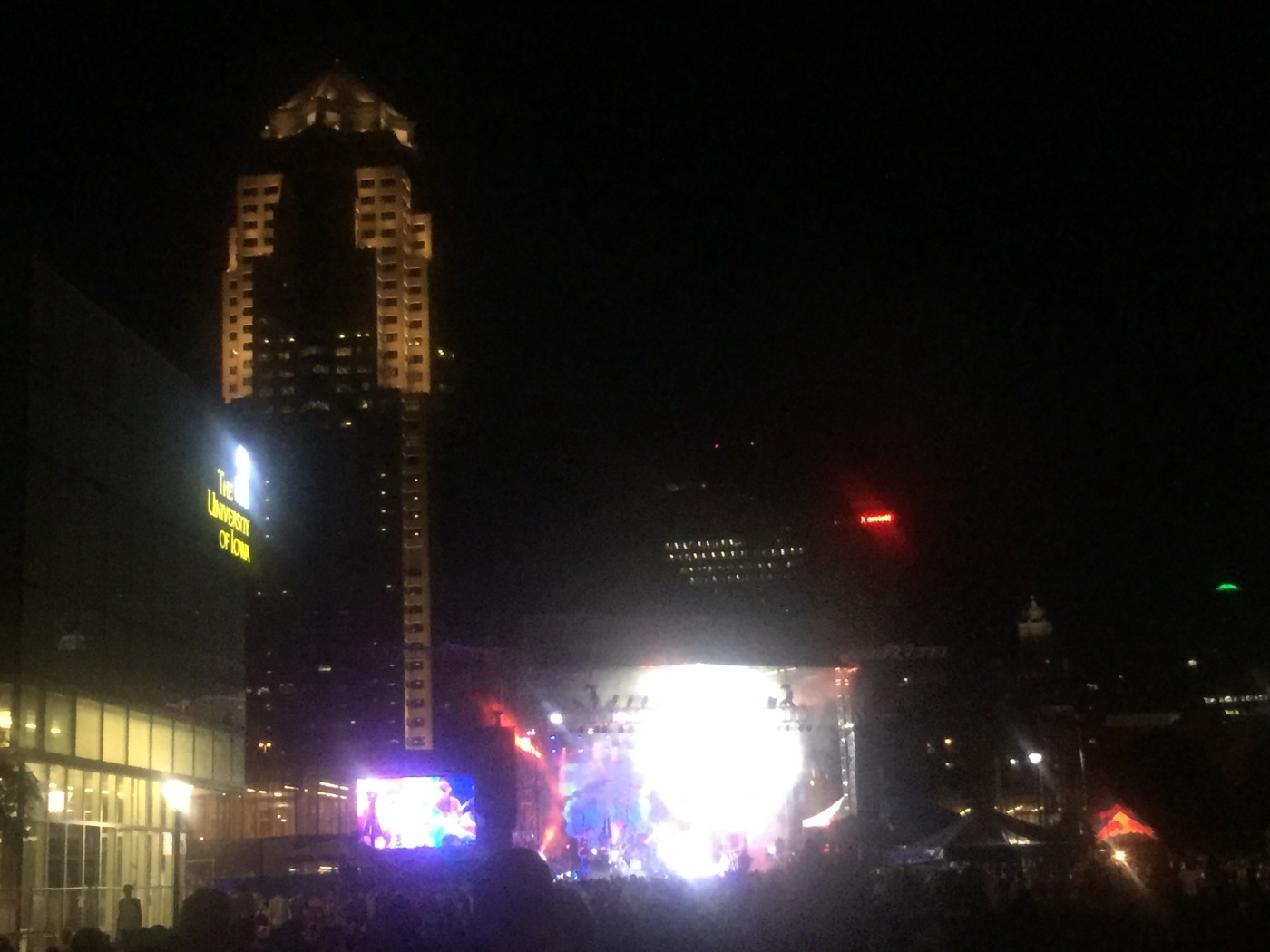 I am notorious for throwing shade at my home town. Des Moines is a nice enough place but during my teenage years, I quickly realized that it was a bit too sleepy for my liking. It’s clearly a great place to raise a family and work in the insurance world but that’s just not my style. That being said, there’s no denying that being back in town this past weekend for the 10th annual 80/35 Festival was nothing short of beautiful and had me wondering if Des Moines is really all that bad.

Beyond the amazing music during the two-day festival, the highlight was the atmosphere. Sure, there’s Minnesota Nice and I’m a true believer in that being a thing but is it possible that Des Moines is just as nice? A high school friend, his fiance, and I set up a fancy half umbrella tent thing with a couple of chairs on top of a blanket. We had set it up in the mainstage area and had our personal belongings just scattered throughout the space. When it came time to wander and get food, drinks or go check out one of the free stages, my friends just got up and walked away. I was a bit nervous and found myself trying to hide some valuables the first time we walked away but, by the third time we left our post, I realized that nobody was going to touch our stuff. The fact that we were at a fairly large sized festival and were able to just leave our stuff in the grass area in front of the mainstage was not only mind-blowing, but it was heart warming. I loved the feeling of safety that I had throughout this festival.

As if  the whole being able to leave our stuff behind and not having to worry about it thing wasn’t enough, this festival seemed super user friendly. When walking into the mainstage area, there was a row of faucets that were clearly marked “Free Drinking Water”. Next to the faucets was a box full of free water bottles. This may sound super dumb and simple but I feel like most festivals “hide” the free water posts or only have a couple of drinking fountains to use which makes long waits for free water. I loved the fact that this festival wasn’t trying to make money off the heat or the necessity of water. In fact, they encouraged reusable water bottles and drinking the clean city water.

Not only was the water free, most of the music was too. With three free stages surrounding the mainstage area, there was more than enough to keep you entertained if you didn’t want to spend the money (although it was a fairly cheap festival compared to others I’ve been to) on the mainstage acts. Honestly, I found myself spending more time at these free stages just trying to take everything in. With over forty bands slated to play over only a day and a half, it was hard to catch everything but I did my best. Here are the highlights according to me:

I could go on and on about how great all of the acts were. Charles Bradley & His Extrodinaires were funky and fresh with a great vibe about them. Watching the 68 year old Charles dance and shimmy his way across the stage was jaw-dropping and adorable. While sitting under the shade of our umbrella, I heard some intense music coming from one of the side stages and couldn’t help but venture out to catch some of local metal outfit Traffic Death’s set. Seriously, I could go on for hours about all of the great music I got to see over the weekend but that wouldn’t be enough information to convey just how great this festival truly was.

No, I’m not going to stop throwing shade at Des Moines and there is no way in hell that I would ever move back but, that being said, this weekend’s festival was a truly beautiful event. I tip my hat to everyone involved and hope this event continues for many more years.