My Home Is In Your Heart 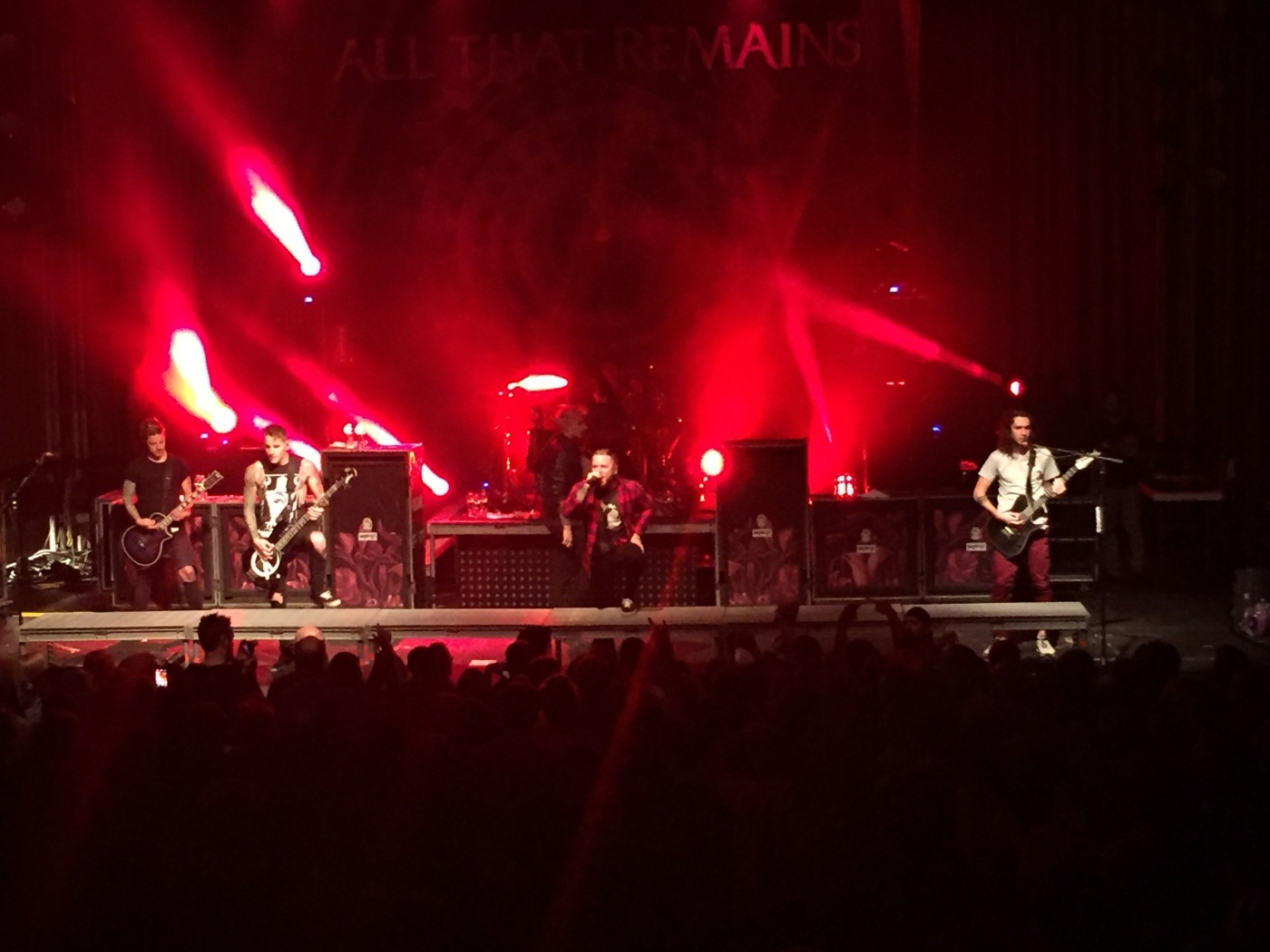 I kind of like it when opening bands steal the show from the headliner. Why? Because I get to go home at a decent time and actually get some sleep.

Red Sun Rising was the first of the touring bands to take the stage last night. There were a couple local bands before them and a couple local bands playing on the side stage, but I missed them because, let’s be honest, I had to take a nap if I was going to last through any of the bands.

Red Sun Rising is a rock band from Akron, Ohio. These guys have been around since 2007 but haven’t really gotten the attention they deserve. That is all about to change. They blew me away last night. Mike Protich, singer, has a voice like I have never heard before. He is fronting a metal band but has a voice that would turn all the chairs on The Voice (don’t try and pretend like you don’t know the show, we all watch it). That’s something that you don’t get all the time. There’s nothing wrong with a metal singer that can’t sing, that’s part of the charm for me. But when you have a singer that is nailing every note and actually has feeling in his voice, that’s something special and that’s exactly what this band has.

Unfortunately, Red Sun Rising only had about a twenty minute set but they fit as much as they could into those twenty minutes. The crowd seemed to be conserving their energy for the rest of the night but that didn’t stop the five-piece from giving the short set their all. Unfortunately, Red Sun Rising didn’t seem to fit the more metalcore bill of the night. Their sound seemed to be a bit too radio rock for the crowd. Last night was Red Sun Rising’s last night on this tour and they will soon embark on a tour with Godsmack. I think they will fit on that bill way better and hopefully they will finally get the recognition they deserve.

We Came As Romans stole the show last night. They had an intense light show that pretty much blinded you at times along with great music. I have seen these guys a couple of times and they keep getting more and more polished with each performance I see. “Tear It Down” is a song that the unclean singer, Dave Stephens, said was written just so they could see the whole crowd jump up and down in unison. That’s exactly what the crowd did.

The crowd never slowed down for WCAR’s set and neither did the band members. The amount of energy these guys have is immeasurable. Throughout the hour long set, WCAR had the crowd enthralled in their live show. You didn’t have to know their lyrics to feel like you were a part of this band. That is why I feel like these guys stole the show. It didn’t matter who you were there to see last night, you stopped what you were doing, stopped the conversation you were in the middle of, put your phones away the second these guys started.

All That Remains were the headliners of the night. They got up, played their songs, and got done. I don’t like them on CD and now I can say that I don’t like them live. They do nothing for me. Sorry guys, but not for me.

Last night the opening acts prevailed and I got some much needed sleep.

Crowd Surfers- 60+ (Majority during We Came As Romans)

Guys Who Were Walking Around Shirtless For No Apparent Reason- 3

Shout Outs- Jerrid Boutto and all of the boys from Royal’z. I am so sorry I missed your set… again. Please don’t hate me! I promise to be at your next show!