And This Time I’ll Get It Right 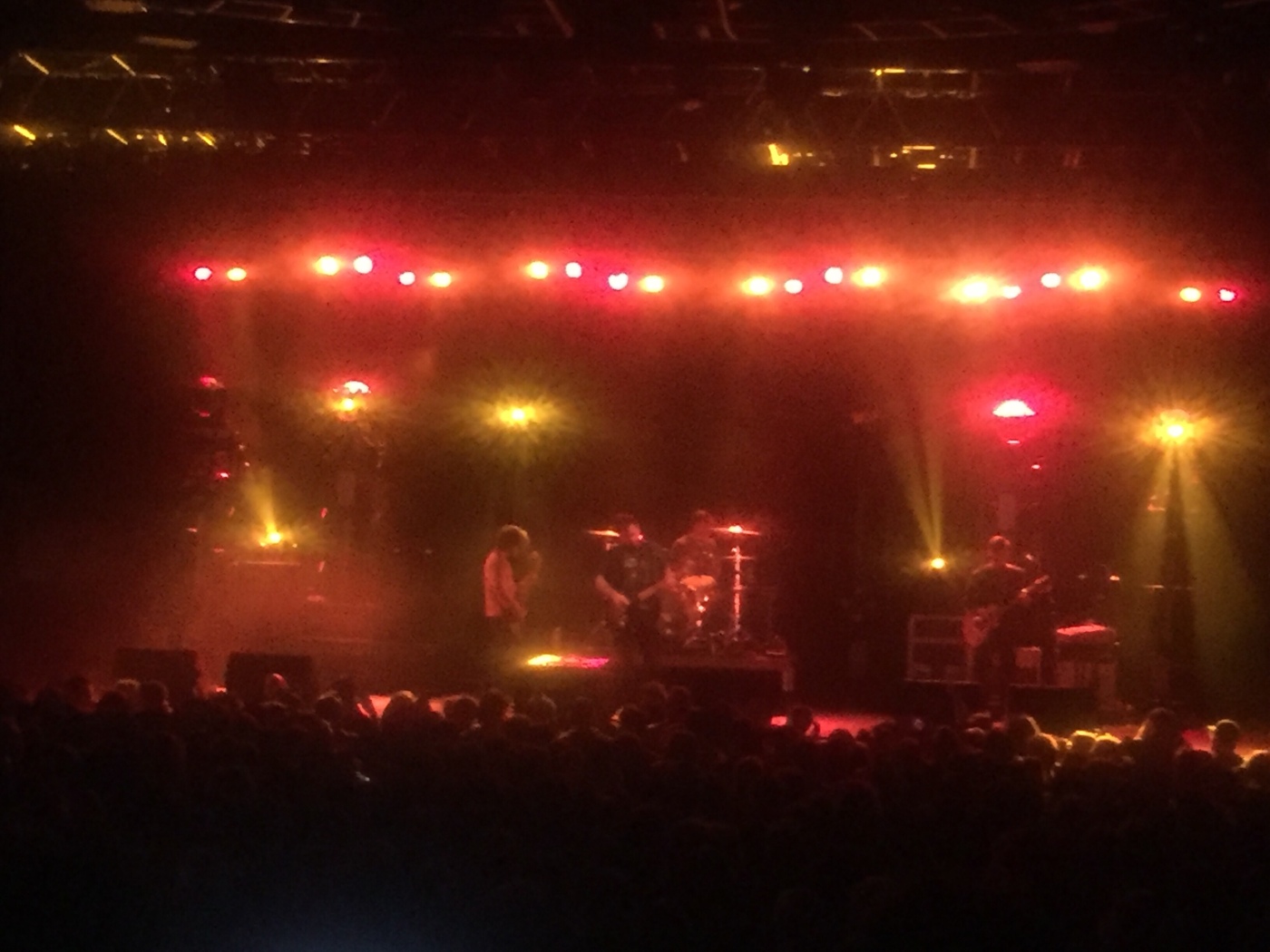 Last night was more than just a concert. It was a night spent with friends that I don’t get to see at much as I’d like. A night full of laughs, drinks, food, and music. It was like the good old days when I didn’t go to shows and I didn’t have this blog that I slave away at (okay, it’s really not that bad I’m being dramatic). Having spent the past couple of nights stuck at my apartment with a terrible case of strep throat (yeah, big shocker), it was exactly what I needed.

My group of friends and I walked into The Myth just in time to see opening band Balance & Composure play the last couple songs of their set. Hailing from Pennsylvania, Balance & Composure is one of those bands that I listen to when needing to calm down. Their music is most easily classified as alternative rock but it is definitely more than that. The music and stage presence wasn’t all that exciting but, with the leaning towards the calm side, it didn’t need to be. That being said, there was no way to miss the amount of emotion that was radiating off the stage as the five piece played through their quick set and it left many people in the quickly growing crowd a fan of this fairly unknown act (although they’ve been around for years).

After a quick set change, it was time for Chon– an instrumental band that I have seen a couple of times now. Although it seemed weird to me that an instrumental band would be on this line-up, as soon as they started and I started remembering their sound a bit better, it all made sense. Their math rock sound and the passion that these youngsters play their instruments with made them the perfect opening act for this tour. With an ever-changing sound and a mind blowing amount of technical talent, although I don’t typically like instrumental bands, I was stuck in my spot during Chon just taking it all in. Much like Balance & Composure, there really wasn’t much to watch as the members just stood in their places and played mind melting licks of music that seemed far too difficult for kids their ages (early to mid-20’s) to be playing with such precision– but, honestly, that was more than enough for me.

My friends and I waited in anticipation for the next band. Being a co-headlining tour, we weren’t positive who would be next. Would it be Thrice or Circa Survive? We had our money on Thrice based on the pattern the tour seemed to be following so we were a little shocked when we saw Anthony Green and Circa Survive take the stage but there were absolutely no complaints.

Anthony Green is a God. I’ve said it before and I’ll keep on saying it. Anthony is the voice behind bands like Circa Survive (who was playing last night), Saosin (my personal favorite), The Sound of Animals Fighting, and far too many more to list. Yes, I realize Circa Survive is more than just Anthony but, let’s be honest, without Anthony, Circa Survive would just be another band in a list. It’s Anthony’s voice that sets them (and any project he touches) apart from the rest. His voice is a high tenor pitch leaving the vocals to have a truly distinct and interesting sound to them. At times they are almost dreamlike but, at other times, there’s a fury behind his voice that creates a sense of panic and discontent in the music. Although at times his voice seems unnaturally high, it’s clear that that’s just his voice and, instead of hiding it because of the uniqueness of it, he has been using it to put out some of the music beautiful music there is in the post-hardcore scene. I think that’s enough gushing over Anthony Green now back to how the show went–

Last night was the last night of an extensive U.S. tour for these four bands. They had to have been exhausted and, sadly, you could kind of tell when Circa Survive hit the stage. Anthony did his best to keep the energy up as he danced across the stage and sang his heart out but the band didn’t really do much to back that energy up. Much like the bands before them, they really didn’t need to do much to get the crowd excited and it was common knowledge that the bands were exhausted after this tour. It was easy to see that the now packed house was just there to enjoy some music they grew up with while being surrounded by their friends and that’s exactly what the audience did. There were points during the set that Anthony’s voice was drowned out by the screaming voices in the crowd and, although there wasn’t a massive pit to talk about or a million crowd surfers, there was definitely some movement throughout the audience.

Circa Survive pumped through thirteen songs and did a great job of choosing songs from all over their six full-length album discography. Honestly, they could have only played b-sides and I think the crowd (myself included) would have been happy. They are just one of those bands that hit an entire generation at the right time and have kind of been helping us all grow up in this crazy thing called life. Circa’s set ended with a pizza party on stage. No, I’m not kidding. The rest of the crew and other bands from the tour literally hauled out a couch, table, pizzas and some pop out to the center of the stage and sat down to eat some pizza and just enjoy the last night of tour. The calm didn’t last and within just a couple of moments, Anthony had completely destroyed the table after being the bottom half of a giant dogpile. It was one of those moments that just proved how much this tour meant to not only the crowd, but the band and crew themselves and it was a truly beautiful sight.

Closing out the night was Thrice and I’d be lying if I said I wasn’t most excited for them. Just like Circa Survive, Thrice hit me at the perfect time and kept on making music throughout the years that was always by my side. Having seen them a couple of times this years at festivals and what not, I kind of knew what I was going to get from their set but that didn’t diminish my excitement at all. You could see the exhaustion as the four-piece band took the stage but, like the bands before them, they didn’t let it affect their music and instantly blasted into a sixteen song set.

Thrice’s sound is mature without being boring. Back in the day it was heavy and intense but, over the years, it seems to have calmed down a bit. I think that’s a huge reason why, unlike many bands I grew up listening to, Thrice has stayed a constant in my life. Their music has grown with me and my whole generation making them constantly relevant. Their set, like Circa’s, was full of new and old songs but I definitely enjoyed hearing those loud, frantic songs from the past more than anything else. Their third song of the night was “The Artist in the Ambulance” which is not only my favorite Thrice song, but one of my all time favorite songs. Even though it only lasted a couple of minutes, standing there listening to that one song was everything I needed at that moment.

Being a co-headlining tour, Thrice vocalist Dustin Kensrue explained, there was not going to be an encore. Instead of the crowd begging for one, it seemed to be an understanding between crew and audience. As Thrice closed out their set with “The Long Defeat” members of the other bands and the crew flooded onto the stage and, as the last note rang out, I watched as everyone hugged everyone with smiles on their faces. That image was the most perfect ending for a show I have ever seen.

Last night wasn’t just about the concert. It was about the friends, the smiles, the laugh, and just life in general. It was a night of beauty and a night I wish never had to end.

Drunkards Taken Out By Security- 2