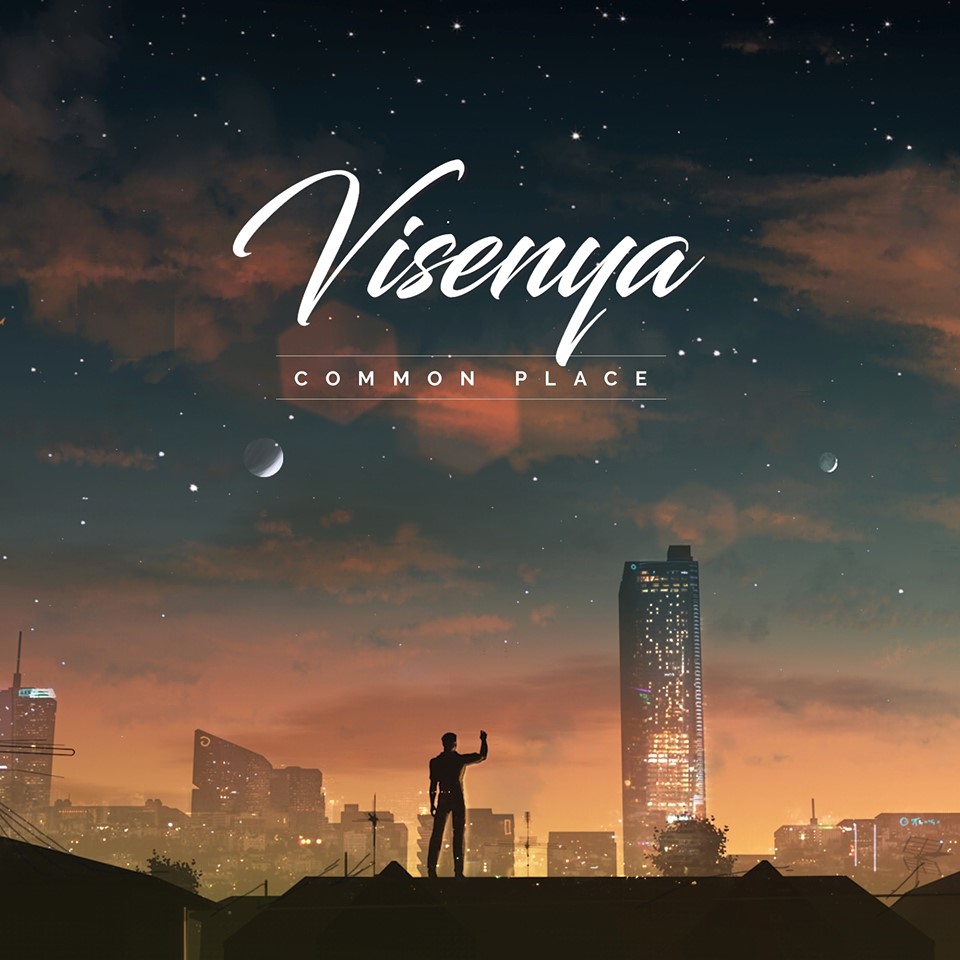 I met a lot of amazing people in college. Sadly, majority of us went our separate ways and, to be honest, even though we went to a music college, very few of us are still in the music industry. I reconnected with one of the few that stuck with it a couple of months ago. He had seen my reviews and reached out asking if I would review his buddy’s band A View From Here. I checked it out and absolutely loved everything about it to the point where it is still in my car for long roadtrips. That being said, I was stoked when I got an e-mail from New Jersey based band Visenya. It started with, “My name is James, and I’m in a band called Visenya. Our friend Jim sent us and told us that you might be able to write a review of our upcoming EP.” No more needed to be said. Jim was right about A View From Here so I was beyond excited as I cracked open Visneya’s ‘Common Place’ EP.

“House Divided” kicks the album off with a beautiful instrumental part which is quickly joined by vocalist James Perry. The song moves fast and after a hauntingly beautiful intro, the entire band kicks in and I was instantly swept into a world of nostalgia. The anthemic rock sound that has clear old school emo pop-punk and post-hardcore tendencies instantly had me hooked. Full of emotion and blatant passion, this opening track was a perfect way to kick this quick five song EP off. The swells and falls throughout the song really set the tone for the rest of the release. Although it definitely gives you an insight to what’s to come, there are still plenty of surprises hidden throughout this album.

“Enchridion” seems to channel a mix between Chiodos and Gatsby’s American Dream with so much more hidden in there between the notes. It’s full of interesting chord progressions on the guitars and mixed with intense vocals that lean towards screaming but never quite get there. Add a little breakdown into the mix within the first minute and this song instantly became a favorite of mine. It’s a bit all over the place much like my daily playlist is. I loved that there were so many elements all combined into one for this song. Sure, I could pick out certain bands that certain parts reminded me off but the list is endless and that makes this song and the vibe of Visenya very one of a kind.

The beginning of “Simple Conversations” hits you like a ton of bricks. Opening with just the vocals prior to the guitars and drums joining in definitely got my attention. James definitely has a solid voice and you can hear that throughout this album but the few words that kick this track off let him truly take the spotlight. There’s something mechanical about the guitar work in this song. There are times when I would have sworn that the guitar sound was coming from a keyboard due to the intricate lines of notes but, after reading the liner notes, I was surprised to not see the word keyboard listed anywhere. Much like the beginning of this track shines a light on James’ voice, guitars Chris Lynch is definitely given a time to shine on this one.

This EP moves fast and before no time the second to last track, “Blue Spirit”, kicked in with a new found sense of energy. There’s something very intense and almost aggressive about the beginning of this track but it doesn’t take long to realize that the sound of aggression is truly just an outpouring of passion. There’s something a bit more frantic about the drumming in this one which makes four minute song feel more like two. Even with the hurried pace of the song, there are moments of calm throughout which seems to be a signature of Visenya. The ups and downs throughout this five song release are truly genius and a bit all over the place. It keeps you on your toes. Just when you think a track is reaching an all time high, the group let’s it fall to the lowest canyon. This is something that I’ve heard bands try to do over and over again yet always fail. Visenya makes this skill seem easy.

Closing out the album is “Revisions”. This song starts with a super heavy intro that is instantly replaced by James’ unique voice which helps level out the heaviness into a world of pop-punk drenched post-hardcore rock. Much like the other four songs, you can hear so many different influences in just this one almost four minute song. You can hear the pop-punk, metal, hardcore, rock, and even indie tendencies throughout it and it makes you dread the end of the song which also means the end of ‘Common Place’. Most final tracks on albums kind of end everything for the listener as if to put a period at the end of their statement but Visenya somehow leaves more questions than answers at the end of it all.

“This is only the beginning.” Those are the words printed at the bottom of the one page liner notes on ‘Common Place’. I truly hope those words are true. Visenya is a great band with a very nostalgic vibe about them while being something completely new and refreshing. Expect big things from this band. Seriously.

My Favorite Track(s): Literally all of them

Chances Of Getting A Noise Complaint While Listening To In An Apartment: 8.7 out of 10

What My Cats Thought Of It: Artemis slept right by the speaker with his tail moving to the beat (not kidding); Autumn sunbathed on my bed in the other room

How Badly I Want To See This Performed Live: 11 out of 10

Buy ‘Common Place’ and Other Merch From Visenya Here!