Dance, Get Pregnant or Get Out 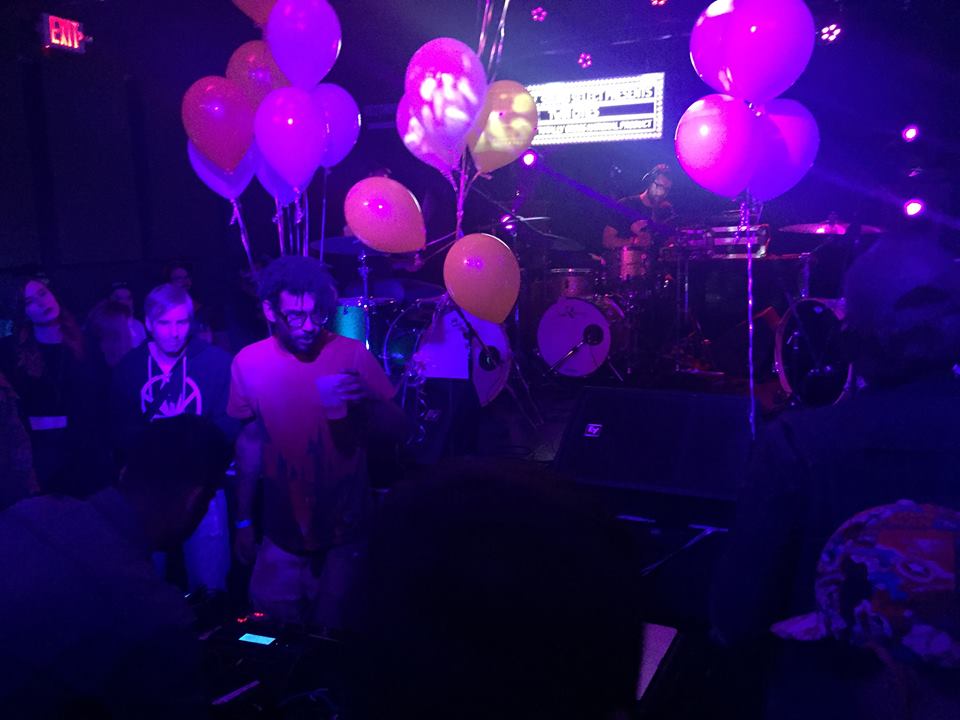 When the options you have for a night are to dance, get pregnant, or get out… you know it’s going to be a good night. Those were the options that Astronautalis gave the crowd last night at the Red Bull Sound Select concert at The Turf Club in Saint Paul.

I am fairly new to this whole “Red Bull Sound Select” concert series. Basically, Red Bull puts on these “pop up” shows at local bars and clubs that feature a couple local acts with a touring act. The nice thing about these shows are they are cheap. As long as you RSVP’d online for last nights show, you only had to pay $3 at the door and you got a free Redbull drink with entry. I went to one of these shows a couple years ago to see Yeasayer but hadn’t really been interested in any of the other ones they put on here in the Twin Cities. They do these across the country and they seem to be happening much more frequently. That being said, these are awesome, cheap shows if you’re ever looking for something to do. Make sure you check it out and see what’s coming to your city!

Astronautalis opened the show last night, His set was full of new songs off of his upcoming release. He explained that he was trying to lay low until his new album drops but when he heard about this show, he begged his way onto the lineup. I am so happy that he got on the show because he was definitely the highlight of the night for me and majority of the full house.

Astronautalis is a local rapper and, like almost all Twin Cities rappers, he is amazing. He told the crowd that they only options they had for the night were to get pregnant, dance, or leave. Nobody in the crowd left, I’m really hoping nobody got pregnant, everybody danced. The way he commanded the crowd from the first word he said was amazing. The way he can freestyle is amazing and he proved that last night.

At one point of Astronautalis’ set he walked all the way through the venue while singing one of his new songs. This was awesome and got people moving. When he got back to the stage, he was not alone. An extremely intoxicated girl had attached herself onto him and started screaming at him from the front row. Not only was it pissing everyone off in the crowd, it had Astronautalis on edge. Because of this, his freestyle that was supposed to be about Nicholas Cage, chinchillas, mountains, poutine, and some other topics the crowd had shouted out, became all about how this drunk girl was annoying the crap out of everyone and ruining the show for everyone. I thought it was awesome that he took this tense situation and made it part of his show. Yeah, she got her ten minutes off fame during the rap, but he had absolutely nothing nice to say about the girl. I didn’t see her after being called out in front of the near, if not, sold out crowd.

Marijuana Deathsquads also played last night and killed it. I mentioned them previously in my post In Us We Trust but basically, this is a band that you just have to see live. They have three drummers on full kits, and then a table of guys hunched over computers with a couple of people doing vocals. Last night was their birthday party so obviously, they threw out wrapped gifts to the crowd that were full of merch and CD’s.

Last night our options were to dance, get pregnant, or get out. No mom and dad, I did not get pregnant. There was no way in hell I was leaving. I danced my butt off last night and was, yet again, blown away by the local music scene here in the Twin Cities.

Shout Outs- Shout out to Will and Paul. I met these two guys outside and they were the nicest and most entertaining people I have ever met at a show. I hope you guys got home safe!!!

Spotted Flying Through The Sky- Presents!

Found in the Pit- N/A

2 thoughts on “Dance, Get Pregnant or Get Out”