Ships With Holes Will Sink And I Will Swim 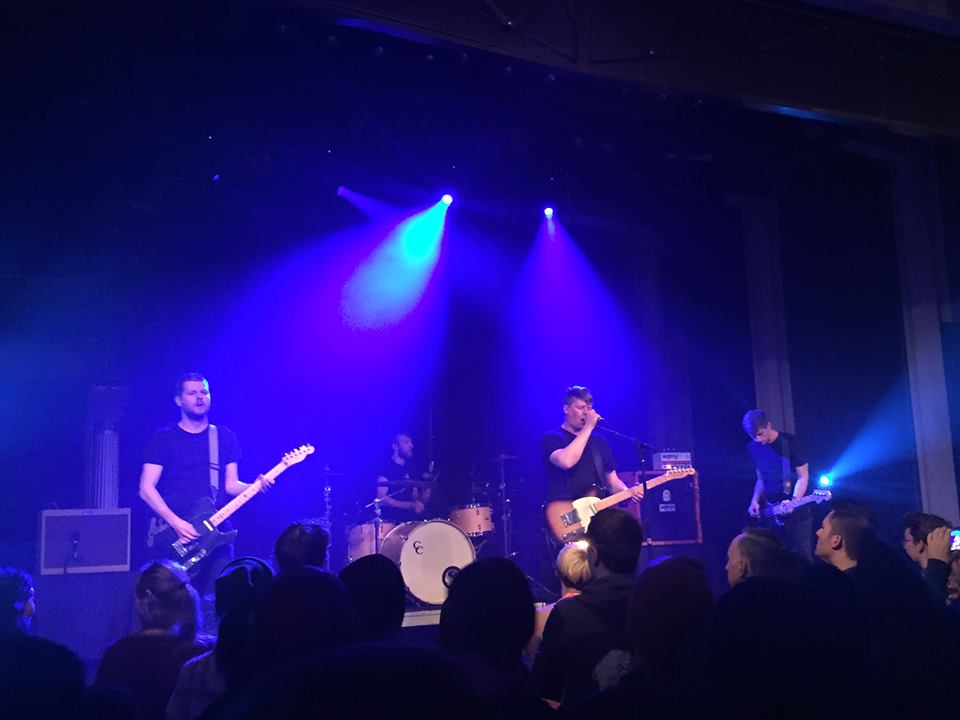 Last night was a great end to my five day concert bender.

It was peaceful, calm, and soothing.

We Were Promised Jetpacks is an indie rock band from Scotland with a following of diehard fans. Like majority of the random shows I go to, I was left to wonder why I had never really heard much about these guys. The crowd that gathered around me was singing to every single word and there I was, standing there like an idiot, not knowing a single phrase.

We Were Promised Jetpacks have been around since 2003 but didn’t release their debut album until 2009. Since then, they have released three albums with Unravelling being the most recent (released October 6th of last year). Last night, the band played a little sample from each album but you honestly wouldn’t know that unless you were a fan. All of their songs had the same sound which was a bit refreshing. Even with three albums and international success, these guys have stayed true to the music and proved that last night.

There were no flashy outfits, no spectacular light show, there was nothing to distract you from the talent of the band and honestly, that was more than enough to keep your mind occupied.

The four piece made the music look effortless as they seamlessly switched from song to song. Unless you were really paying attention, it was hard to notice the actually complexity of the arrangement. There was a lot of back and forth between bass and guitar embellishments that, again, if you weren’t watching, you would have missed.

The crowd was silent as We Were Promised Jet Packs plugged through their set. All eyes were on the band and, other than a few outliers who were bouncing up and down, people just enjoyed the music coming off of the stage.

Opening the night was Seoul, a band from Montreal, Canada. This trio just recently released their debut album I Become A Shade back in June of this year and played many selections off of it. Their sound was much more dream pop than the driving rock sound of WWPJ but the bands worked really well together. Last night was Seoul’s sixth night on tour with WWPJ and will be joining them for the rest of the North American tour.

Although the music of the night was calm and soothing, there was still more than enough energy radiating from the stage. Between both Seoul, the opener, and WWPJ, the crowd was more than happy to spend the chilly Thursday night at The Varsity Theater.

We Were Promised Jetpacks

Sausage Fest Meter-   Even Split Being That it Was Mostly Couples