Magic’s Not Gone From The World, It’s Just Harder To Find 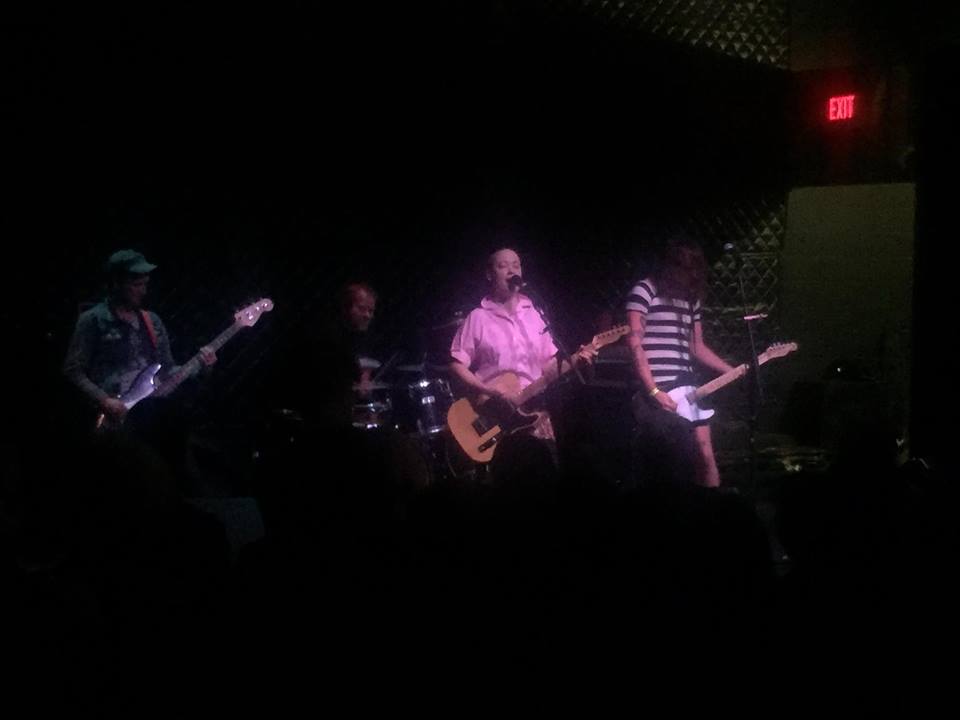 Last night was all about being whoever the hell you wanted and doing whatever the hell you wanted to. It was such a relaxed atmosphere that it was hard to not just smile the whole time and be more than happy with where you were. It didn’t matter that I had showed up to the show alone, by the end of the show I had plenty of new friends. It didn’t matter that I had never listened of any of the bands that performed prior to the show because, by the end of the show, I left with a couple new favorites. Everything about last night was beautiful and made for a truly magical night of music.

4th Curtis was all set up and ready to go as I entered the Triple Rock and claimed my spot. As soon as this all-trans group started, I was in love. Their energy was infectious and had me tapping my toe within just a couple of notes. They had a garage band sound that meshed perfectly with their punk attitudes. They just screamed independence and didn’t seem to care if the crowd was digging what they were doing or not, they just wanted to play. Thankfully, the quickly growing crowd definitely seemed to be enjoying it and the smiles on the crowd’s faces truly added to the fun-loving atmosphere that would continue on through the night.

After 4th Curtis’ set, the stage was quickly turned over for Contentious. This Minneapolis based queercore group features members of Rifle Diet, Hive, No Skin and Naive Sense. What I’m trying to say is that my expectations were super high before they even took the stage. No need to worry though, as soon as they started they more than exceeded those expectations and took my breath away. I had seen Natalie, the vocalist, before and was always impressed by the sheer power she has in both her voice and stage presence. She always killed it when I saw her perform with Naive Sense and it was clear that, even with the change in band, there was no change in her energy.

The intense music from Contentious was a complete switch from the almost pop-punk soundings of 4th Curtis but somehow it worked. Natalie has always been notorious for bringing a sense of intensity with her and, when combined with the fast beats and chugging chords, Contentious’ music turned into something that leaned more towards the world of metal than anything else. The seemingly never-ending stream of people who were entering the venue headed straight towards the stage and instantly found themselves nodding along to the music. It didn’t matter if Contentious’ music wasn’t their cup of tea, the amount of passion that was behind each musician on that stage made their music everyone’s cup of tea.

Intrepid Heats was up next and brought their punk/grunge/pop mix to the crowded room. With fast paced, melodic songs and perfection throughout the group, I was more than impressed by these guys. Singer Britt Collis silently commanded the crowd from the second she took the stage until the final note had been played. She seemed shy and timid as she addressed the crowd to introduce who they were. She even admitted that she probably talked more last night on stage than she ever had (she thanked every single band that had played previously and was yet to come and explained how much she truly loved all of them). That shyness completely disappeared the second she started playing music. She had a voice of power yet kept an element of softness about it. Much like all of the other bands that had played, Intrepid Heart’s set was truly impressive and I can’t wait to catch them again.

Finishing off the night was RVIVR. Just like everyone else who played, I was instantly in love with this guys the second they started. Hailing from Olympia, Washington, these guys were the sole touring act of the night but they fit in so perfectly that, if you had no clue who they were, you could have been easily fooled that they were local. Their music had a sense of power and passion that had been so prominent throughout the night. Their free loving attitudes and the truly infectious smile of singer Erica Freas kept the atmosphere fun and light-hearted.

Much like Intrepid Hearts, RVIVR’s music was an original blend of melodic pop-punk with a complete punk-rock attitude and edge. It was grungy, it was dirty, and it was imperfectly perfect. Erica’s voice is nothing short of powerhouse and seemed to be the driving force of the band but it was hard to ignore the other three members as they powered through the set. Regardless of what band member you were watching, they had a smile on their face that just radiated love and passion. The crowd was into it as they started moving around a bit more than they had previously while still being super cautious of the people around them. For every accidental bump in the crowd, you could see the personal attempt to apologize but only be greeted by a handshake or a hug.

Not every show is going to be your cup of tea musically but if there’s passion and heart behind it, you can get fooled into drinking from that cup. Last night was a beautiful example of that. Although I am a fan of the type of music that was performed last night, I think I still would have been just as enamored with everything had I not been. It was a night of beauty and love. Like so many other nights of my life, it was a night of perfection.