We Had An Answer For Everything 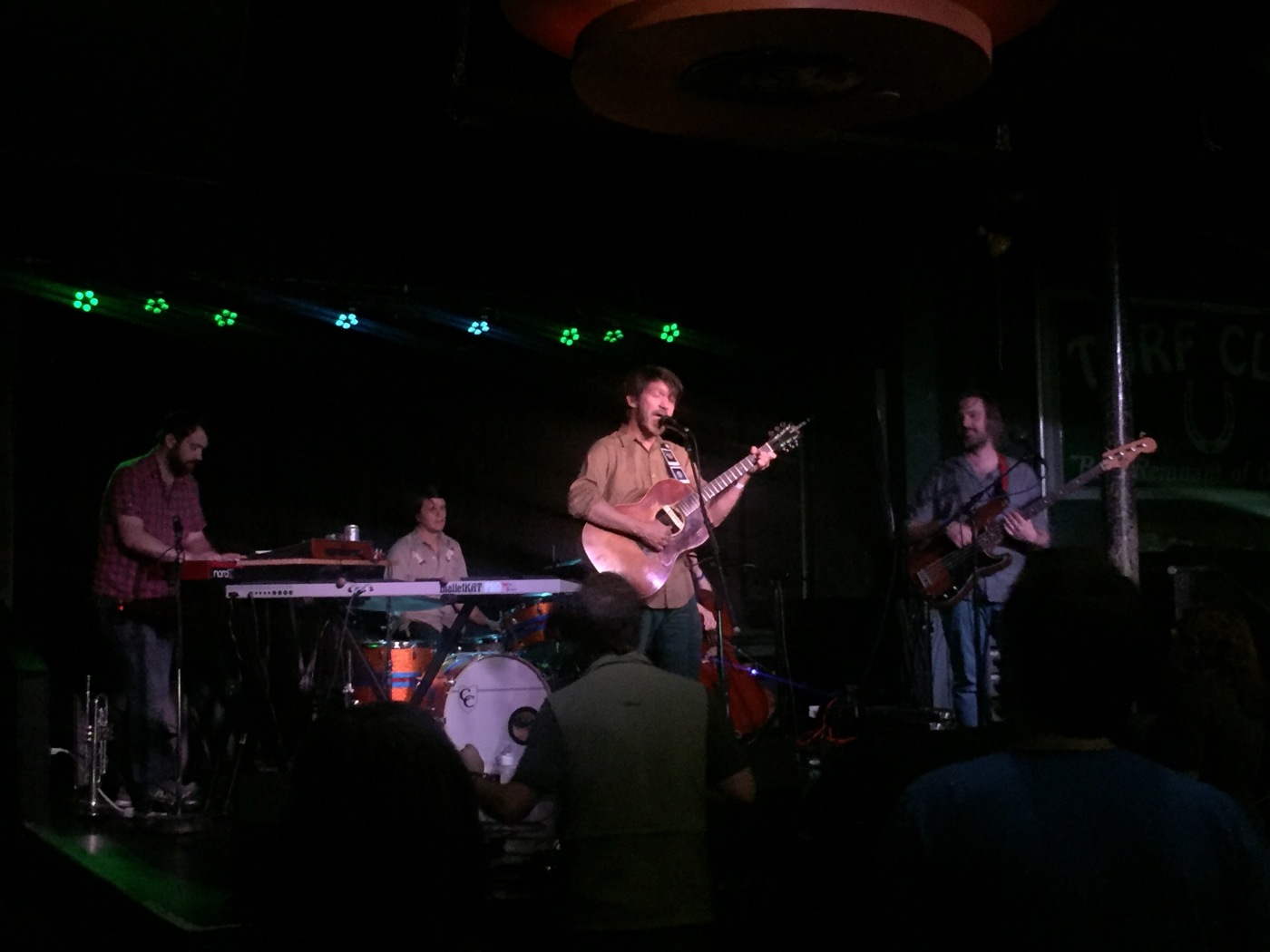 I’m typically let down when singers of my favorite bands break off and do their own thing. They always still have the same amazing voice that made me fall in love with their band in the first place but it’s just never the same. Because of this, I tend to steer clear of these solo shows. I just don’t want the inevitable disappointment. When Tim Kasher, singer of Cursive and (one of my all time favorites) The Good Life announced a solo show for the Twin Cities, I wasn’t quite sure what to do. Do I go and risk disappointment or do I just go to one of the many birthday parties I was invited to? Trick question– of course I went to the show.

As the crowd was filling in, Campdogzz started off the show at 9. Singer Jess Price seemed nervous as she introduced the band. I’m pretty sure nobody heard the name of the band or anything else she said but as soon as the band kicked into the first song, her voice went from a squeak to a force that could not be ignored. The music of Campdoggz was bright but anything but cheery. There was a darkness about the music that could be attributed to Jess’ hauntingly beautiful voice. Although Jess’ voice seemed to have me completely mesmerized, it was impossible to ignore the band behind her. The way they made the music turn into an ocean of sorts with waves and swells was beyond impressive. There were times when I was straining to hear what was going on with the instruments and other times when I though my ears were going to bleed from the pure explosion of sound. The emotion that this conveyed instrumentally combined with the emotion behind Jess’ voice led to an extremely impassioned set that left me more than impressed.

John Bradley was up next and, like Campdogzz, I was instantly impressed. John didn’t waste much time as he jumped into his first song. With just a voice and electric guitar, it was amazing how much emotion he was able to convey with so little. His charm was apparent not just in his music, but also with how he joked around with the modest crowd that had come out. He apologized to the crowd for being a left handed Gemini and anything that he inevitably did in the past and complained about how hot it was in Minneapolis. The music was upbeat almost 90’s rock feeling but with a darker undertone to it when you started listening to the lyrics. Even though some of the songs had your typical lyrics about heartbreak and the one that got away, there was something about John that made the set feel anything but typical. Maybe it was that he was the only solo act on the bill or maybe it was just his charm– whatever it was, I was in love with this guy and truly hope he comes back to the cities.

I could sense myself get nervous as the stage was turned over for Tim Kasher. Was this going to be a complete letdown? I have to be honest, even though Tim has released music under his solo project, I haven’t listened to it. I always revert back to The Good Life or Cursive. It’s not that I don’t care, it’s just that those two projects are staples in my life and why change a good thing. I thought that the set would be just Tim and his guitar so I was pleasantly surprised when the stage was set up with instruments galore. The best thing about Tim (regardless of the project) is how he uses so many different instruments. As the sound check started, the band checked a trumpet, cello, violin, keyboard, mallet keyboard in addition to your typical guitar, bass, drums and vocals. Seeing this calmed my nerves and I instantly knew that, although he wouldn’t be playing the songs of my childhood, it was still going to be Tim and all of his brilliance.

Tim and his band took the stage and jumped right in. Just hearing Tim’s voice was enough to make me forget about the fact that I wasn’t seeing one of his other projects. There has always been a sense of comfort in his voice for me. It’s warm and inviting but so unique that I could see it taking a couple of listens to really get into. It’s a bit nasally and far from perfect but that’s exactly what makes his voice perfect. He’s one of the few people out there that, when you hear one of his songs, there’s no question on who it is.

Tim’s solo stuff seems to be much closer to his work in The Good Life than that in Cursive. There’s a broken down carnival feel to it (yeah, I don’t know how else to explain that sound, you’ll just have to check it out) that seems to mirror some of The Good Life songs. That being said, there’s no way to get the two confused. When you hear The Good Life, you know it’s them. When you hear Tim’s solo stuff, you know that’s what it is. It truly blows my mind how a guy with such a distinctive sound and style can make three projects sound completely different.

As soon as Tim started his set, it felt like it was done. I could have stood there for hours, if not days, just listening to him sing alongside the amazingly talented band he had. It was one of those shows where I just lost track of time and didn’t realize how late it really was until I got in my car to head to my friend’s birthday party.

So maybe my whole fear of seeing solo shows from singers of bands I love is stupid. Between Ben Nichols (Lucero) last week and now Tim Kasher last night, I kind of like being able to see a completely different side of these singers that sang the soundtrack to my life.

Average Age of the Crowd- 37

Show on Deck-  Miss May I/ Upon A Burning Body + More