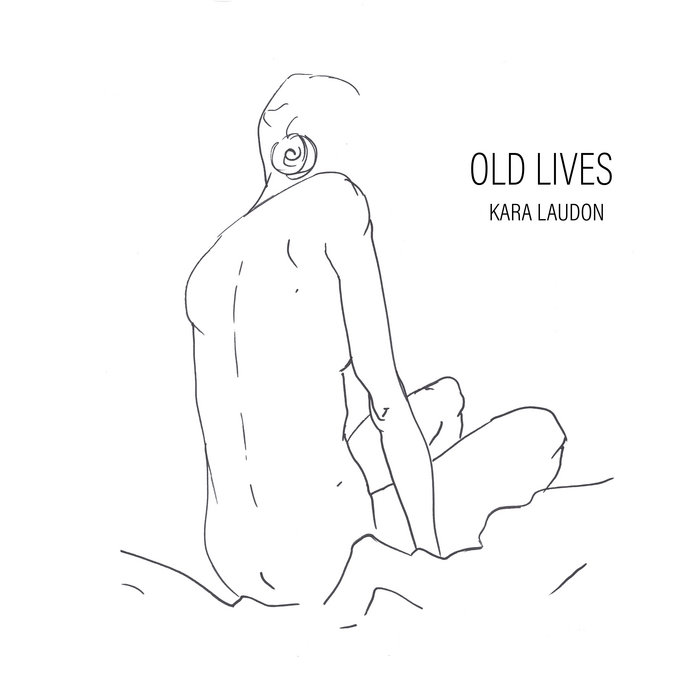 I should really get ready for bed. It’s late, it’s been a long day and I’m exhausted but I keep on staring over at the growing stack of CD’s on my desk to review, and something in my subconscious told me that I just had to review one last album before turning in tonight and it had to be ‘Old Lives’ by Kara Laudon. This album has been sitting on my desk for months (okay, for over a year, but that’s still technically “months”) and for some reason, it just hasn’t hit the stereo system yet– until now.

As the title track took over my house, my heart swelled. Kara wastes no time introducing you to her beautiful and light voice with this opening track. I’ve heard a lot of beautiful voices over the day but something about Kara’s really takes the cake. The subtle and simple instrumentation behind her voices really allows her to take the spotlight as she should. This is an element that I hope continues throughout this nine-song album.

Kara’s voice continues to steal the spotlight during “Leave You Alone” even as the instrumentation takes a little bit more of an electronic feeling. The drums, guitar, and everything else that is going on behind Kara are somehow just as smooth as Kara’s voice is and that’s a huge deal and brings a very special element to this second track. I struggle to call this track “Rocking” but there’s something energetic about it that made it fly by and, before I knew it, “This House” was taking over my house. The third song in and I was getting a whole new vibe from Kara on “This House”. This track has an almost classic pop singer aspect to it while not being cliche or overdone. It’s a sweet song with relatable lyrics and an infectious beat making it an instant favorite of mine.

“Piece Of The Fire” acts as the perfect in-between between the singer-songwriter style that Kara does so beautifully and the pop songstress style that Kara has also perfected. There’s an ear-wormy aspect to this track that I’m sure will still be ringing in my head even after my stereo is turned off for the night. Speaking of turning off for the night, “All My Life” is the perfect track to just turn off during. I don’t mean that as in you won’t pay attention to it, more that it is such a comforting track. Kara’s beautiful vocals take an almost Norah Jones approach on this track while a funky little diddy is played underneath her voice. It’s the perfect match for a track that makes you just drift away from all of your problems and everything in your head if only for three and a half minutes.

The opening of “In My Bones” shot me back to reality very quickly while still keeping calm. The explosive intro on this song had me thinking I would get an explosive track which is what I got but in a very interesting, only Kara would do this, way. This song was an instant favorite of mine. Nothing about it was predictable and the mix of reverbed vocals, cleaned vocals, backing vocals all the while the instrumentation was fading in and out of the spotlight was pure perfection. Not every song can give you goosebumps but this one gave them to me and then some.

“Pretty Words” is full of, well, pretty words being told by an absolutely stunning voice. One of the slower tracks on this album, I definitely started to lose interest during this track but that wasn’t because it wasn’t beautiful, more just because it was so calm and peaceful that all I wanted to do was crawl into bed with a good book. I will absolutely be saving this song for a snowy night when I am just craving some comfort and warmth. “Free Space” also gives off this feeling of warmth but in a different way. Instead of slow and somber, there’s something a bit brighter about this track that is irresistible. Again, I can not stress enough how beautiful Kara’s voice is. Whether you can relate to the lyrics or not, you will fall for every word Kara sings just due to the way she sings them.

Before I knew it “Old Lives” was playing again but it was slightly different. I love how this album begins and ends on the same note and same song while shifting ever so slightly. It really acts as a perfect endcap on a perfect album that left me more than satisfied.

Sit back relax and let the sound of Kara Laudon take over your house. I promise you won’t regret it!

What My Cats Thought Of It: Autumn slept upstairs (she’s much more of a metalhead than she leads on to); Artie laid right by my arms so blame any typos on him