Life Goes By So Fast 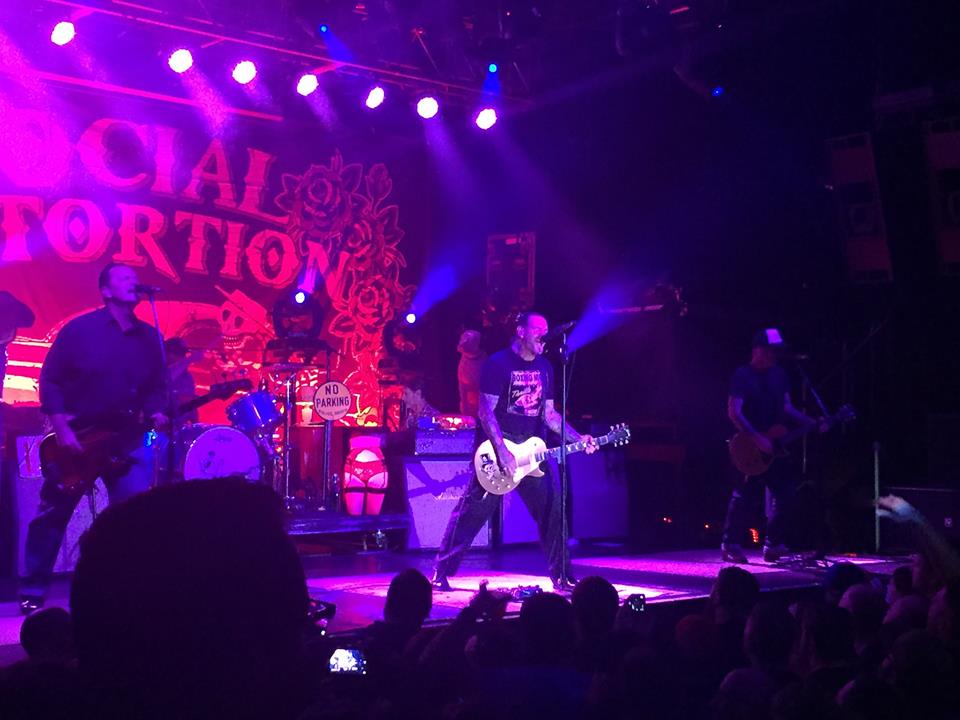 I was in the presence of legends last night.  I go to a concert almost every night and it is rare that I get to say that.

Social Distortion is the reason half of the bands I obsess over are around. They are the godfathers, pioneers, and in my mind, legends. I never thought I’d be able to see them live. I mean come on, they are all old as dirt. That all changed last night when I finally got to cross them off of my bucket list.

Instead of being the oldest one there by ten years, I felt like the youngest one there by twenty. This tour was to celebrate the 25th anniversary of their self titled album. I’m 26. Need I say more about how young I was compared to majority of the crowd?

Usually, when there’s an older crowd, the old people stand in the back of the venue and let the younger generation have their fun in the pit. Not last night. Last night was the first time I have ever seen old people moshing… and they were moshing hard.

There was this one guy who had to be in his mid fifties just going at it in the pit. I couldn’t take my eyes off of him. He was singing every single word of every single song. He was holding his own in what proved to be a pretty epic old school mosh pit. The best part? He had a smile on his face the whole time while the sweat was dripping down his face. He stayed in that pit until the bitter end.

The openers were fine. Drag the River and Nikki Lane both sounded fine and played good sets but I was too anxious for the main event.

Mike Ness, the singer of Social Distortion, looked and sounded exactly how I wanted him to. The only hint to Mike’s age (other than him announcing that he is 53) was the fact that he had his guitar tech laying out the lyric sheets to every song on the floor in front of him. He sounded like he was still a twenty something in a good old fashioned punk rock band. He looked the same as all the live footage of him I used to watch growing up. He still has his signature snarl and stance, and a body full of tattoos. Obviously, he looked older but he seems to be holding up like a fine wine… getting better with time.

The music hasn’t changed at all. It’s still great rock n roll music with a bit of country and a bit of punk mixed in. It was about time for me to see some real guitar solos. I’ve been to so many “main stream” shows lately I had almost forgot how talented musicians can be. They didn’t let me down. It was an hour and a half long set full of energy and great music.

Song after song, I was reminded of why Social Distortion is such an iconic band. After all of these years, they still sound amazing and look the part.

Average Age of the Crowd- 87

Spotted Flying Through The Sky- Beer, Beer and More Beer