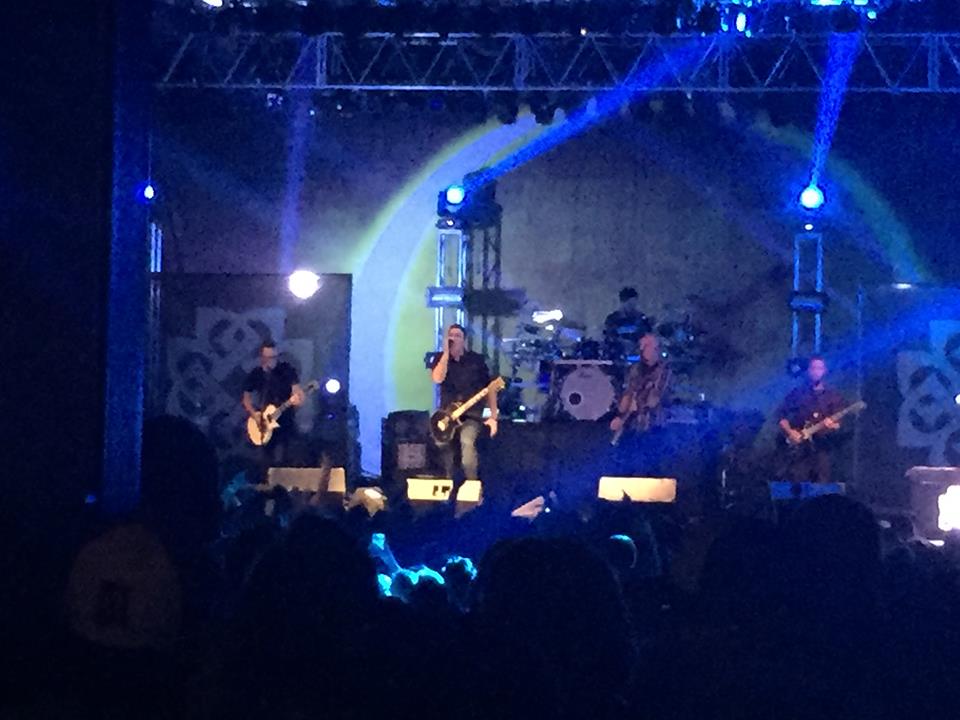 I kind of felt bad last night. I was at a sold out show that a lot of people wanted to go to but didn’t get tickets in time. I got guest listed for the show and I honestly didn’t want to be there at all… but it’s me and I never turn down a concert.

I should have turned down the show last night.

I am a firm believer in the idea that a live show can be a band’s saving grace. An example of this is Nickelback. Judge me all you want, but I saw Nickelback back in 2006 at the Iowa State Fair and they killed it. Do I like Nickelback? No, I hate them. I don’t think they’re talented. I don’t like their sound but goddamn they have an amazing live show.

Because of this, I will go to any show even if I hate the band. I’m always hoping the band will change my mind with their live show. Honestly, they usually do because I’m a sucker for people who can get on stage and play their hearts out.

I gave Breaking Benjamin a chance last night. They blew it.

You know what the worst part is? I’m sure the guys in Breaking Benjamin are actually really nice and it sounds like they are potentially great musicians. Too bad they sold their soul to the devil, sold out, and got (pardon my language) shitty… that’s assuming that they were ever good though.

Everything sounded the same. It was a prime example of the formula for a radio rock band, the bane of my existence. I promise to not bore you with my rant on radio rock again (see my blog post Wash Rinse Repeat) but come on people! How did this show sell out? Why are there this many people listening to this crap?

I stood out like a sore thumb last night. I didn’t have anything Affliction on and I didn’t know any of the words. I will admit that I had heard more songs of theirs than I’d like to admit but that didn’t make it any better. It more made me question my life choices up to this point.

I went to this show with my good friend Chad. He loves Breaking Benjamin and was super stoked for this show. He agreed that the openers didn’t sound good and joined me outside for majority of their set’s so we could watch the “super moon” (which, trust me, was much more interesting than the openers). Chad thought that Breaking Benjamin sounded great. He loved it. He was singing to every song and nodding his head and clapping.

Why was he having such a good time and I was bleeding from the ears? Were we at different shows? Then it hit me.

If you’re excited for a show, it doesn’t matter if the band is good or bad. If you’re someone who doesn’t get to concerts much, a concert is a concert and you enjoy it. For someone like me who goes to a show almost every night, you don’t get as excited about them. That’s not to say that I don’t fan girl over certain pop punk bands still because trust me, I will be full on fan girling on Friday night at the Four Letter Lie show. But for me, I need something to catch me, something to hook me. Just getting on stage and playing your songs doesn’t work for me anymore. I need more.

I don’t want to have to blame a bad show on a sound guy, or the crowd anymore. It’s not their fault that you sold out and have sacrificed your talent, that’s on you.

Dear Breaking Benjamin, I gave you a chance. I really did. You guys did not catch me, you didn’t make me feel anything. Apparently I’m in the minority here because you had everyone at that show hanging on every note that you played but you’re not fooling me. I was not impressed and am so disappointed.

But then again, I’m not surprised.

Crowd Surfers- Are you kidding me?

Spotted Flying Through The Sky- Nothing

Broken Bones- None other than my broken heart and bleeding ears

Found in the Pit- Apparently kids were getting kicked out for moshing?