You Can Feel Lily White Again 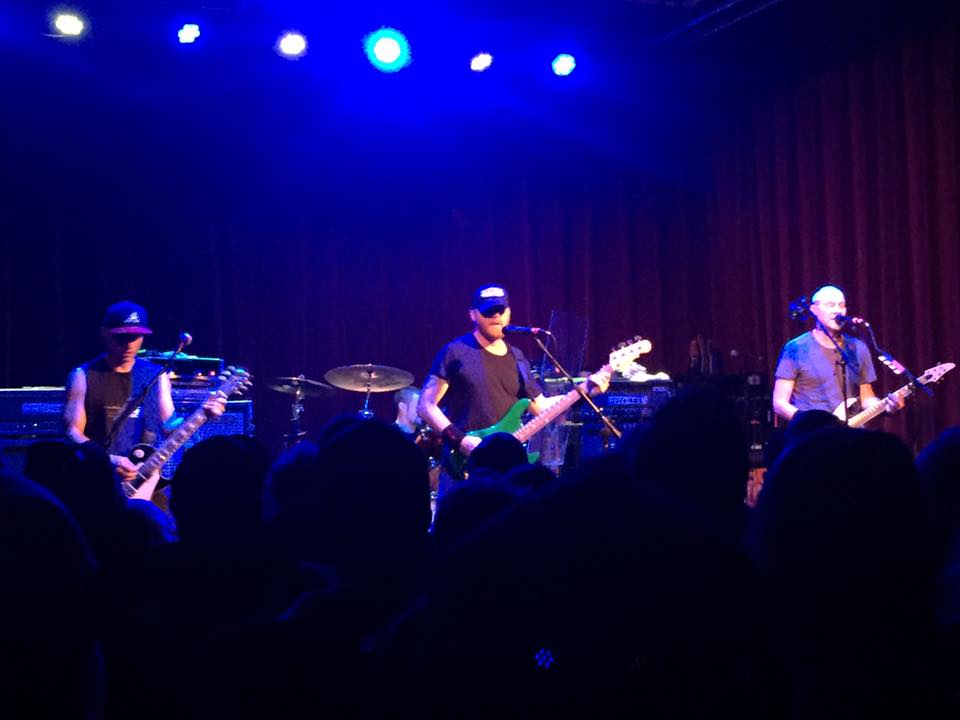 Sometimes shows don’t have to be super exciting to be awesome. It’s taken me a very long time to figure that out. I love shows that have sweaty mosh pits and beer flying through the sky and often find myself a bit bored at shows where you just stand there and listen to music. I’ve always chalked this up to an energy thing. The more the crowd is moving, the more objects flying through the air, the more energy the show has. Last night was the first time I just stood there for a concert and truly enjoyed myself. There was no pushing, no shoving, and I wasn’t drenched in spilled beer by the time I left but I still had a great time. Does this mean I’m getting old?

The show last night started off a bit slow. Local H was the sole opening act for the night and they left a bit to be desired. It wasn’t that they were bad but the 90’s grunge rock that they play is definitely not my favorite. I don’t want to bash them because, as my dad always says, they’re good at what they do, I just don’t like what they do.

I will say this about Local H: even though they are a duo, they blew me away with the amount of energy they had. These guys are just a singer who plays guitar with an array of looping pedals in front of him to create layers and a bass sound, and then a drummer who had more energy that some full bands do. It was remarkable to watch these two men play through their nearly hour long set all by themselves with so much energy. Unfortunately, not knowing much about the band or listening to them much previously to the show, every song seemed to sound the same and I quickly became restless waiting for the headliner, Helmet.

To call Helmet a legendary band wouldn’t be a huge stretch. These guys have been around since 1989 and, although the line-up seems to be a bit of a revolving door other than singer Page Hamilton, they have stayed true to their sound since day one. Their music was super edgy back in the day. It really bridged the gap between metal, indie, rock, and created this new almost heavy metal, almost indie-metal sound. Nowadays, the music doesn’t seem super innovative just because of how much is out there but, if you take a step back and imagine that it’s back in the early 90’s, you can’t ignore just how trail blazing their sound is.

I have to be honest, listening to Helmet on recordings just doesn’t do much for me. There’s something about seeing them perform live that changes everything. To be able to watch someone like Page perform is truly spectacular. His is a master of his craft whether you like his music or not. The way he enunciates every single word and the way that he plays every single string on his guitar with purpose is enough to make you fall in love with this band no matter what type of music or concerts you typically like. You can tell that Page and the other three members of Helmet truly respect the fact that you took time out of your busy schedule to go see them. They give it their all regardless of how the crowd is reacting. It’s so easy for a band to get up on stage, realize that the crowd really isn’t moving much, and just go through the motions until the show is done. Not Helmet, they had energy, power, and fury even though the crowd’s energy didn’t match up until the end when the crowd finally started to move.

Helmet’s set felt abnormally short. At first I thought it was because I was truly enjoying myself so much that I completely lost track of time but then I looked down at my phone and realized that they had only played for about forty-five minutes. You could tell the crowd wasn’t going to stand for such a short set and, after a couple minutes, the band came back out and finished up their set with an extended encore that must have been five or six songs by the time it was said and done.

Last night wasn’t exciting. There were no fights, no giant mosh pit, no broken bones to report, and no one was puking in the bathrooms. It was all of the makings for a boring show but to call last night boring would be incorrect. I had a great time watching such masterful musicians, having a couple of drinks, and hanging out with one of my best friends (who happens to be a huge Helmet fan).