Nobody’s Got A Plan For You 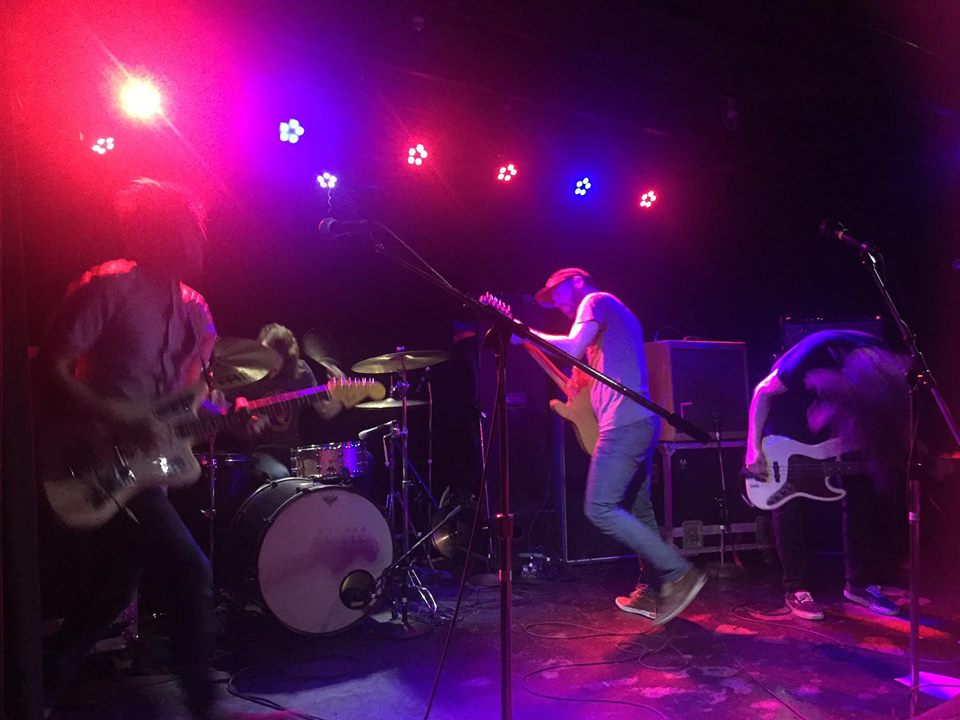 I had to make a choice between my adoptive metal family and my real family last night. It was the hardest choice I’ve had to make regarding shows in a while. Some friends of mine were opening up for Dead Horse Trauma in Saint Paul and that was sure to be a killer show full of familiar faces. A couple pop-punk/ emo-revivalist bands were playing in Minneapolis and it was one of the few shows my little brother actually wanted to go to. I had to make a choice and, with so much metal in my life lately and two giant metal shows to go to this weekend, I decided a night out with my little brother and the music that he and I bond over was more important than a night with my metal family and music that, at times, can give me a bit of a headache.

The night started out with the band I was least familiar with walking into the show, Free Throw. I must have looked like such an idiot as I stood there against the wall just nodding my head because the rest of the crowd was going nuts. For being a smaller show in The 7th Street Entry, the amount of energy in the room was amazing and, even if you were like me and weren’t too familiar with the music, you couldn’t help but instantly fall in love. The energy, much like my brother’s cold that I woke up with this morning, was contagious and made for a truly explosive opening set.

Free Throw’s music was much more in the vein of straight up pop-punk than the rest of the night. Even with that being said, these guys were not short on emotion. While watching Cory Castro sing through their short set, it was easy to see that he had his heart on his sleeve. It didn’t matter if they were playing a new song off of their upcoming release, or an old song off one of their two EPs that came out years ago, these guys had the crowd eating up every word much like headlining group, You Blew It!

You Blew It! closed out the night with their emo-revivalist tunes that absolutely had me longing for the easier days of my childhood. Their music may have brought me back to my angsty teenage years but it still felt fresh and updated. With three studio albums spanning the past five years, I was a bit surprised to hear the band tell the crowd that this was their first time headlining a show in Minneapolis. What made it more surprising was the amount of support in the crowd on a Thursday night with a giant snowstorm knocking on our door (when push came to shove, we didn’t get a single snowflake but the media has us thinking it would be snowmageddon). I was pleasantly surprised to see the amount of people that braved the non-existent snow storm to support these bands.

The music of You Blew It was definitely more calm than that of Free Throw. The music was much more along the lines of emo but, like every other band that played last night, the energy kept it feeling exciting and more up beat than it actually is. The best part of this band was their personalities that shined in between and even during songs. The guys were clearly having fun and were clearly appreciative of the people that came out and stayed through the whole show. They told stories about some crazy nights they’ve had on this tour and could be spotted joking with one another mid-song.

In-between the explosive opening set of Free Throw and the nostalgic set of You Blew It was a band that I clearly underestimated– All Get Out. I had listened to these guys before the show last night and definitely liked what I heard but didn’t obsess over it. After seeing these guys perform that music live, I think I have a new obsession.

All Get Out has a very Brand New vibe about them and, if you know me, you know damn well that Brand New is “my band”. All of the bands last night played with their heart on their sleeves but there was a different sense of intensity in All Get Out’s set. You could feel emotion throughout the night but when Nathan Hussey was singing, it was enough to give me goosebumps. Apparently my brother just wasn’t hearing what I was because he didn’t seem too impressed but I didn’t care what he thought. I was quickly falling in love with this band and nobody was going to stop me.

The intensity coming off the stage seemed a bit tense at times but not frightening. I’ve seen some bands perform this type of music with no feeling at all. It becomes boring and the crowd doesn’t get a chance to understand what the music is about. I’ve also seen bands like this get so emotional that the singer starts crying on stage or a guitar gets slammed on the ground and shatters. Shows like that can be a bit too much for me and I can’t help but think the bands’ actions are a cry for help in some way, shape, or form. All Get Out had the absolute perfect balance between those two extremes.

When All Get Out’s set ended, I was a bit bummed. I could stand and watch these guys for hours and never get bored. Seeing them perform live was a completely different experience than just listening to them while sitting at work or at home. Their set was one of the biggest reasons I do this night, after night, after night. You can’t love or hate a band until you see them live because the emotion and intensity (or lack thereof) of a band’s live show means everything.

I may be a fixture in the local metal scene but metal music isn’t exactly what runs through my veins (shhhh don’t tell anyone!). Sure, getting the texts from my metal family asking where I was at was a bit heartbreaking and I felt like I had betrayed them by picking this show over theirs but I had to make a choice. I picked my brother and the music that truly keeps me going through day to day life.

I have no regrets.

Average Age of the Crowd- 26