Have You Ever Been Alone In A Crowded Room? 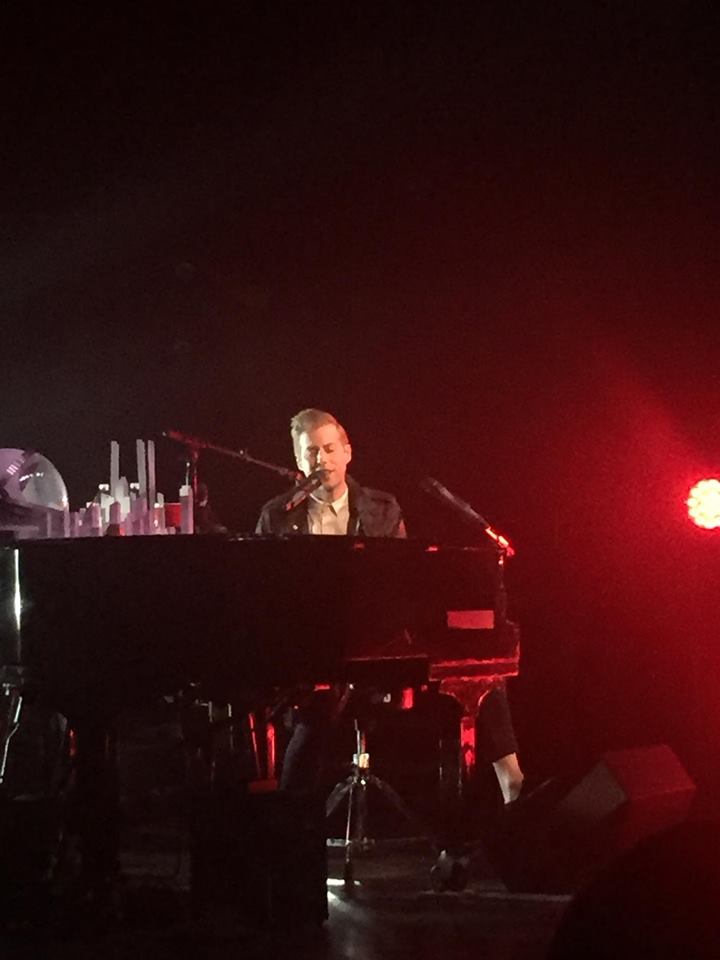 The year was 2003 or 2004. My hair was the brightest shade of pink it would ever be and my favorite outfit was my plaid pants matched with a black t-shirt from The Alley in Chicago that my dad had gotten me. My dream at the time was to go to Warped Tour. Living in Iowa, there was no Warped Tour. Sure, I could have conned my dad into driving me up to Minneapolis or over to Chicago but I knew I’d be going alone and, at fourteen years old, a festival like Warped Tour by myself just didn’t seem like fun. I bought every single Warped Tour DVD I could find. I would watch them on repeat and analyze every detail so I was prepared when I finally got my chance to go. The 2002 Warped Tour DVD became a staple in my life. If I wasn’t at a concert, I was watching that DVD and imagining what it must be like. The line-up on that DVD was prime. With bands like MxPx, NOFX, Anti-Flag and Alkaline Trio– it was my intro to a whole new world and I loved the idea of becoming a part of it. Even with so many bands featured on the disc, I found myself watching Something Corporate’s portion on repeat more than any other.

Something Corporate was a great band but, let’s be honest, without frontman Andrew McMahon, Something Corporate would have been “just another band”. I remember watching their segment on the DVD and just thinking, yeah, that will be me someday. As a piano player, I found Andrew to be a bit of an idol. He could sing with a voice of beauty and get the crowd going with his endless stream of energy all the while playing on an upright piano. He wasn’t just playing simple filler crap either, this guy could play and obviously had talent. I worshiped him (in a non creepy way of course) and even with a couple of band changes and a completely new sound, I would still consider Andrew McMahon one of my idols.

It goes without saying that there was nothing stopping me from going to see his newest endeavor, Andrew McMahon in the Wilderness, when they made a stop at First Avenue last night. Sure, I’m not the biggest fan of this new project. Yeah, they have some catchy songs and the lyrical content is truly amazing but it’s a bit too “radio” for me and I have to be in the right mood to listen to it. Regardless, I wasn’t missing a chance to see my idol live and, last time I saw this project of his a couple of years ago, majority of the set seemed to be Something Corporate and Jack’s Mannequin (his other project) songs. I was ready for whatever the set list was going to be. I was ready for another chance to see Andrew live… or at least I thought.

Andrew McMahon came out on the stage and started up with the first song of the night, “Fire Escape” which just so happens to be one of the only new songs that truly hits me right in the feels. Within the first string of lyrics I found myself with tears running down my cheeks for no damn reason. Sure, I could make up an excuse and say it was just my exhaustion catching up with me and I’m sure that didn’t help but I know deep down I wasn’t crying because of exhaustion. It was because nothing about this guy has changed other than the music. Seeing him sitting behind that piano and hearing that voice was enough to push me over the edge.

After the first song was spent bawling my eyes out, I pulled it together and braced myself for another impact. The set with on and, since I’m not an avid listener of Andrew McMahon in the Wilderness, I had no emotional connection with the actual songs so it was smooth sailing. Even though I didn’t know the songs well enough to sing along to them, I was getting the feeling I would get if I was watching a band that I currently worship. That’s truly a rare thing for me. If I can’t sing along, I find myself either spending more time at the bar or more time socializing but something about last night was different and I had no desire to go to the bar or talk to my friend. I just wanted to be there, watching Andrew McMahon and his wonderful band, enjoying a concert.

As I was listening to this new material from the band, I realized just how great the songs actually are. I had been so resistant to the band for such a long time. I think it hit me last night that there will never be another Something Corporate show and Jack’s Mannequin is never getting back together. This is what Andrew is giving the world right now and, as I stopped sipping on the haterade and actually opened my ears, I realized that it’s not half bad and, although it has changed, it’s still Andrew. As soon as I had settled into the idea that I actually like these guys now, Andrew introduced the next song, “Dark Blue” (a Jack’s Mannequin song) and I knew that the streams of dried tears on my cheeks would quickly turn into rivers again.

Andrew McMahon in the Wilderness played for damn near two hours. With only three Jack’s Mannequin songs and no Something Corporate songs, I was a bit bummed but it also helped me find a new appreciation for this project. The amount of energy that Andrew had last night matched the energy that I watched countless times on that 2002 Warped Tour DVD. It was clear that, even after a battle with cancer and a growing family, nothing has really changed. He still seems like that genuinely great guy with a true talent and a true love for what he does. I think realizing that hit me a bit harder than the nostalgic sounds.

The first time I heard Andrew McMahon’s voice was in the early 2000’s. My hair was a bright shade of pink, I was working in a head shop, and life was pretty easy. Now the year is 2017. My hair is in it’s natural ginger state, I have a 9 to 5 day job, and being an adult is not as glamorous as I thought it would be. Not many things have stayed the same in my life other than my love for music. Even within that love, my tastes haven’t stayed the same and many bands have dropped off my radar. I refuse to accept the fact that some of the bands I grew up with are still putting out music because it is so different and I want them to forever be those pop-punk bands I worshiped back in the day.

It hit me last night, as I stood there watching one of my idols stomping on the keys of the grand piano that was front and center of the stage, that I’m old now. I’m not that teen with the pink hair and these musicians aren’t the boys with the bangs in their eyes and skinny jeans. Things may not look the same way they did back when I found myself getting into this world of music but one thing hasn’t changed- the passion. Not only do the musicians I grew up with still have a passion for the scene, so do I and that’s all that matters.

When I got home last night I popped in that 2002 Warped Tour DVD to watch the Something Corporate portion for the 1,329,532th time.

Andrew McMahon in the Wilderness