I Need Some Musical Therapy 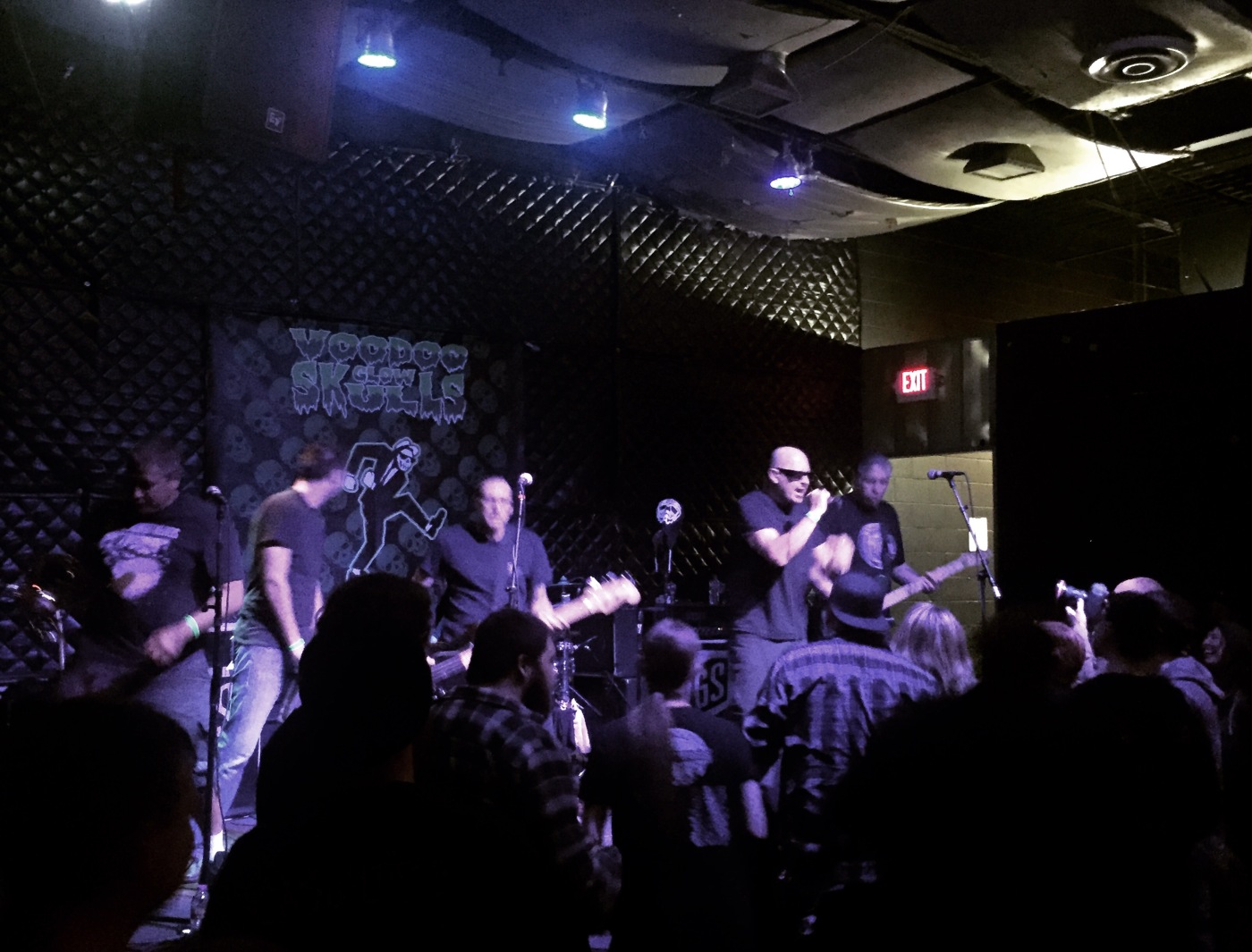 Work was hell this week. Nothing bad happened, hell, I even got a raise, but it was just one of those bad weeks. As soon as I walked into the Triple Rock and the music started, that hell went away. I was instantly carefree and had a smile on my face. It’s amazing the power music can have over you and ska is one of those genres that always gets me out of any funk.

The show started with local group Rocksteady Breakfast. These guys have been on my list to see for awhile now and I just never seem to catch them. They got the night started right with their ska-punk sounds and a good mix of fast and slow songs all the while keeping it upbeat. With majority of their songs in Spanish, I could only understand a few words and phrases but I didn’t really care. Everything about their set was fun and that’s all I cared about.

The banter between the band members was subtle but it was hilarious. They apologized to the crowd saying, “We’re trying out best!” after explaining that they maybe should have practiced more. Sure, there seemed to be a couple mistakes here and there but the little imperfections made their set absolutely perfect. Rocksteady Breakfast’s forty-five minute set went fast and just when I had completely fallen in love with everything about this band, their time was up and they were hauling their gear off the stage to make room for Umbrella Bed.

I caught Umbrella Bed when they opened for Save Ferris just a couple of weeks ago and completely fell in love with these guys. They play 2 tone ska which is pretty much the grandfather of ska music but a form of the genre that never really caught on. The music sounds a bit more old school than the punk-ska sounds of the rest of the night but it was a super nice addition to last night’s show and I was more than excited to catch these guys again.

Umbrella Bed seemed to be much more in their element during last night’s set than they did when I caught them at The Fine Line a couple of weeks ago. There was a new sense of energy about them that had me falling more in love with this group with every note. It seemed completely informal and off-the-cuff whereas when they opened for Save Ferris they seemed more reserved. It could have been the venue change. I mean, the Save Ferris show was at The Fine Line which is a great venue but it’s not as legendary as The Triple Rock. When you walk into the Triple Rock you instantly need a PBR in your hand and instantly have a smile on your face, it’s just how it works. Maybe it was the crowd. The crowd at the Save Ferris show wasn’t moving around much during Umbrella Bed’s set whereas last night there was no one standing still. Regardless of what it was, being able to Umbrella Bed in last night’s atmosphere had me posting on social media that these guys may be my new favorite local group and I wasn’t lying.

With eight members, there was more than enough to watch but my eyes kept on being drawn to the two trombone players. The amount of fun these two were having as they played through the set made me want to take up playing the trombone. They had synchronized moves and I don’t think there was ever a point in their set where those two didn’t have a smile on their face. Hell, that could probably be said for all of the members. The attitude in the audience matched what was going on on the stage. The crowd was dancing along to the upbeat songs and, even though beer was being spilled all over the damn place, everyone had a smile on their face.

After the brilliance that was Umbrella Bed, it was time for the main attraction, Voodoo Glow Skulls. I used to be huge into these guys back in the day but, like far too many bands, I kind of fell off their wagon and they became a distant memory. When I saw them on the Triple Rock schedule, I couldn’t help but clear my schedule because, to be honest, I never thought I would get a chance to see these guys. With nine full length recordings out that date back to the early 1990’s. I knew that I wouldn’t know majority of the songs they would perform but I didn’t care. As soon as the six piece took the stage and the music started, I was reminded just how great this band is and how much I hated myself for not sticking with them.

Singer Frank Casillas came out wearing a luchador mask that had “VGS” on the forehead that gave him a very menacing vibe. I wondered if he was going to wear the mask all night but he quickly lost it after the first song. Throughout the set, Frank had an intensity about him without being brutal. He was clearly having fun and easily got the crowd moving. From the way the crowd was reacting, it was clear that they had been waiting for a chance to see these guys again.

Much like Rocksteady Breakfast’s set, these guys sang in both Spanish and English. Regardless of what language the song was performed in, the crowd was absolutely eating it up. The crowd wasn’t huge but that didn’t seem to effect the band at all. It was obvious that the people were there were excited to be there and thrilled to be seeing The Voodoo Glow Skulls and, honestly, that is better than a packed venue where nobody gives a crap about what’s going on on the stage.

Voodoo Glow Skulls’ set seemed short to me but, when I noticed it was nearly 12:45 when walking out of the venue I realized it really wasn’t that short of a set. The issue was I was I have so much fun during their set that time literally flew by. Frank explained that them being in Minneapolis was kind of a fluke. They were honestly just on their way home back to Southern California after performing on Flogging Molly’s Salty Dog Cruise (which Frank told the crowd you just have to go on). He promised the crowd that they would be back in September/ October with Brujeria and Pinata Protest which got me completely excited.

Last night was the perfect way to kick off my weekend. I left the show feeling refreshed and a new sense of energy that I had been lacking throughout the work week.

Sometimes all you need is a ska show.