I Don’t Wanna Know What I Should Do 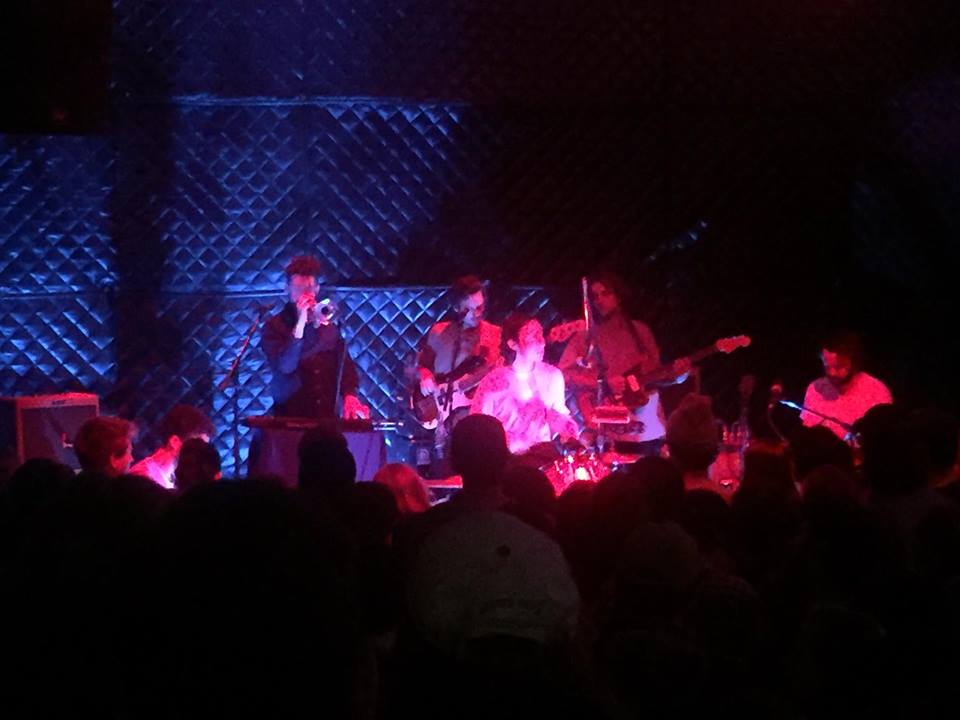 I met up with my friend Jessica before heading to the show last night. Jessica writes for the other blog I write for and we try and meet up every once in awhile to just decompress. We bitch about shows that we hated and rave about the ones that we loved. We sat outside of our favorite bar having a drink while mentally preparing ourselves for the shows we had last night. After me complaining about the Big Sean show and us discussing the fact that Lil’ Wayne didn’t even show up to his concert on Friday night, it was time to go our separate ways. As she made her way to the Foxygen show at First Avenue, I made my way to the Whitney show at The Triple Rock. Have I ever told you how great it is to live in a city with so many concerts going on every single night?!

Helena Deland was the first to take the stage last night. The crowd was eerily silent throughout her set and it truly added to ambiance of her songs. With a very warm and almost angelic voice, Helena sang through songs that you could tell meant everything to her. Sure, maybe there were only a few people in the sold out audience who had even heard of her before but that didn’t stop the entire crowd from being more than respectful of her set. As a regular patron of The Triple Rock, I can easily say that that venue had never been as quiet as it was during Helena’s set (at least in my experience).

Helena’s voice was striking to say the least. It was angelic but had a hint of darkness due to the amount of emotion it conveyed. The guitar that hung from her shoulder stayed in the background with simple chords and nothing too dramatic as to not overpower her voice. When she talked to the crowd, she seemed timid, almost shy, but there was nothing shy or timid about the power that came through the microphone when she sang. I may not be the biggest fan of calm, singer-songwriter music but Helen Deland had me stopped dead in my tracks and, even with a forty-five minute set, it just didn’t seem like enough. I honestly could have stood there and watched/ listened to her play for hours on end and not get bored.

Last May I stumbled into a show where I was stunned by one of the opening acts. I wrote about how some bands just have “it” and Whitney was one of those bands. I was more than thrilled when I saw that Whitney was coming back to town. That’s why I ended up at The Triple Rock last night. I just couldn’t miss another chance to see this band that was clearly on their way up in the scene just as I had predicted.

The set-up hasn’t changed for the guys and neither has the music really. I instantly felt comfort in seeing Julien Ehrlich’s drum set sitting front and center of the stage. I knew that I was about to be serenaded by an extremely smooth voice singing with more feeling and conviction than majority of the bands I get to see. Having only been around for a little while, it was amazing to see just how quickly theses guys caught on and found their niche. I was lost in a completely sold out, if not over sold, crowd and I couldn’t have been happier for this band.

The first time I saw these guys I couldn’t shake the feeling that I knew a couple of members from a past life or something. It ended up that Julien and guitarist Max Kakacek are actually members of the defunct group Smith Westerns who I will always have a soft spot in my heart for. Although after I put the pieces together I could hear bits and pieces of Smith Westerns throughout Whitney’s music, the members had turned it into something completely new and that made the music feel refreshing and clean.

Backed by an amazingly talented band, Julien sang through the set with a sense of precision while still keeping the set light and fresh. He has a distinctive high pitched voice but it doesn’t have the element of straining that you would expect. To put it simply, Julian’s voice is perfect and when put with the band that respects the voice and let’s it shine, you have a truly amazing band. The music of Whitney is upbeat but, when you focus on the lyrics you realize that it’s a bit of a lie. With songs about love and love lost, the lyrics don’t match the upbeat rhythms at all but that just adds to Whitney’s charm.

To say last night’s show was sold out would be an understatement. Having arrived a little late, the best spot for me was leaned up against the bar right inside the door. It wasn’t ideal but at least I had a spot where I could kind of see the stage whereas people on the floor had no chance of seeing much of anything. Deep down I was super happy that Whitney was getting the recognition that they deserved but the sheer claustrophobic factor of the show and the fact that I’m pretty sure this was at least 80% of the crowd’s first time at a concert took a little bit of the sparkle away.

I was annoyed at the people who didn’t know that you could still say “excuse me” when pushing your way through people to get to the bar or the bathroom at a concert. I was about to trip the guy that had walked in front of me no less than eight times in a span of thirty minutes with drinks for his friends. I hated the fact that the tallest freaking person in the venue had chosen to stand right in front of me for majority of Whitney’s set and I had to freaking pee. Even with all of these things working against the concert last night, Whitney somehow soothed my bad attitude with their music and I ended up truly enjoying the show. Their music transported me to somewhere other than the sold out show. It felt like it was just me and the band and that’s something most bands can’t pull off.

I left the show feeling energized and absolutely ready to take on the week. I love when a Sunday show does that.