You Can Tell That Everything Is Going Well 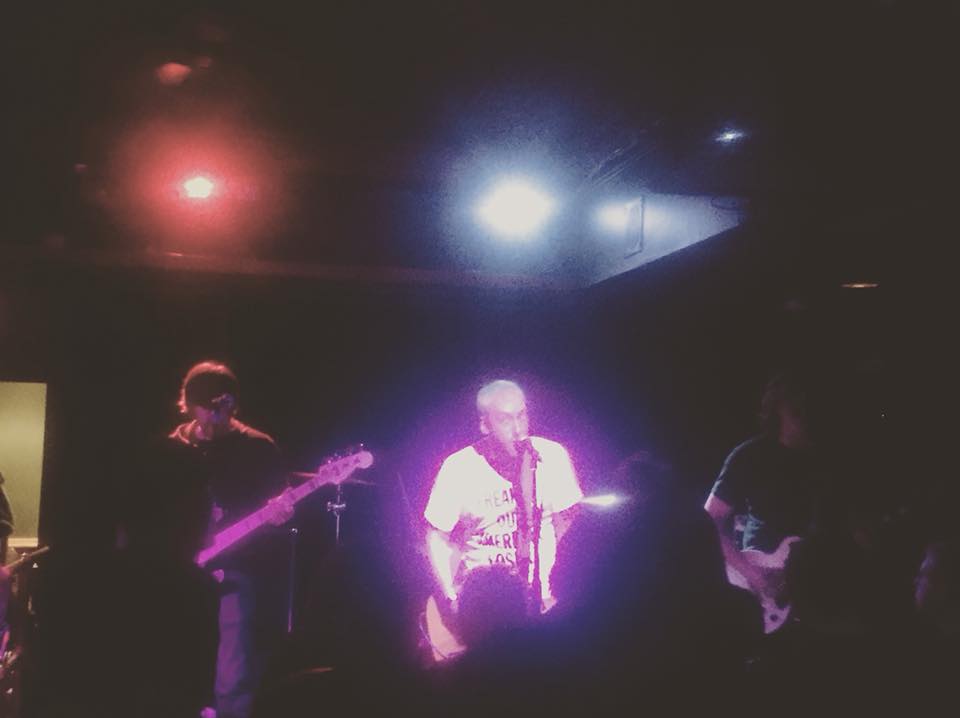 It has been 116 days since The Triple Rock closed (but who’s counting, right?). Every once in awhile I will go to a show and am instantly be transported into that legendary club that I spent far too many nights at. It’s never exactly the same. The smell isn’t quite right and Pete, the memorable door guy, is never sitting at the door reading his Kindle but it’s something and something is better than nothing. Last night was one of those nights and it was next to perfect.

Mortimer’s is a little dive bar just three blocks away from my apartment. I’ve spent a couple nights there taking advantage of their cheap and heavy drinks in the past but haven’t been there recently due to my concert schedule picking up. This place has been buzzing in local news as they have started to host concerts in the back room. Every line-up I’ve seen them announce puts a smile on my face. They are quickly becoming the new Triple Rock with the way they support both local and touring groups and, although no one will ever be able to replace the Triple Rock, it was clear that Mortimer’s is filling the void felt and are doing a damn good job at it.

Unsure of how timing would work as far as what time music would start with doors opening at 9, my brother and I walked down there just a bit after 9. In true punk fashion, doors had yet to open and we waited in the packed bar side of the building to be let into the venue side. After a couple jokes about how they are doing a great job running the show on punk time just like Triple Rock was notorious for, we were in the venue side. It was a cozy space with a bar that you had to go up a couple of steps to get to. Being we were apparently early having showed up at 9 for the 9 show, we grabbed a drink and found a cute little nook to sit and catch up at. I’m sure my brother was telling me something thrilling about work or the gym or whatever he does but I was a bit too busy taking in my surroundings to really pay attention (sorry Hayden!). The venue side was dingy and divey and absolutely perfect! There was so much character between the impressive stained glass windows and the random decor scattered throughout the room. It was clear that this wasn’t trying to be anything pretentious or over the top. It’s a space for some misfits to get together and listen to some music while having a good drink. No expectations, no formalities, I knew instantly that this would be my new favorite spot and, although nothing will ever take the place of The Triple Rock, this was going to be as close as anyone could get to a replacement.

Kicking off last night was Drones, a local band that I absolutely love catching live although it’s rare. Drones’ sound is very classic pop-punk with a sense of energy and fury that makes you pay attention whether you wanted to or not as made clear by the nearly sold out crowd all with their eyes on the stage. Although the crowd didn’t really move around much through the trio’s short set, you could feel the energy in the room. It was buzzing the way a show should. There was a sense of excitement that you just don’t get at a big room show. It didn’t matter who the audience was there to see, every band got their undivided attention unless, of course, they needed another drink. Drones’ set was quick and, as always, I was left wanting more.

Following Drones was another favorite of mine– Arms Aloft. Name sound familiar? It should because I’m pretty sure I’ve seen them over two dozen times over the past year. Hailing from Eau Claire, WI, these guys aren’t technically local but with the amount of times I’ve seen them play recently and seen the members randomly at other shows, they are starting to feel like a local band to me. “This should come as no surprise to anyone here…. We’re drunk!” And just like that, Arms Aloft jumped into a short set that sounded just like it always does and I mean that in the best way possible. Arms Aloft is one of those solid bands that, although I see far too much, I never get sick of. Sure, the only thing that really changes are the self-deprecating jokes from singer Seth Giles, but that’s okay. When I spend night after night going to shows where I have no clue what to expect, it’s nice to go to one where I know what I’m going to get and know it’s going to be great.

Decent Criminal was up next and I honestly had never heard of this California based band before but, within the first song, I was hooked. Their music was a bit more abrasive than the two opening acts but it still stayed in the vein of playful pop-punk that seemed to be the theme of the night. With a very Cali-grunge vibe, Decent Criminal blasted through their short set with a sense of fury and passion that seemed to be matched by the audience that had broken into a small push-pit. Their fast 90’s influenced songs hit the crowd much like a punch to the gut but their positive energy and passion was there to sooth the blow of the hit. Like so many other nights, I walked into the show knowing nothing about this group but left with a new favorite.

Closing out the night was Direct Hit! Even though these guys are from Milwaukee, I feel like I don’t get enough chances to see them so last night was definitely a treat. With time running short (which resulted in a set that was cut far too short and left me a bit bummed out), this four piece wasted no time jumping into their set. With three full length albums out and a spattering of EP’s, splits, and singles, Direct Hit! could have easily played for hours without repeating a song. Unfortunately, they only had twenty minutes but they did their best to play what the crowd wanted to hear and they truly nailed it. With each song the crowd seemed to get a bit more intense and a bit more drunk. By the time Direct Hit! finished their set with what I consider their most punk and fastest song, half of the crowd was either too drunk to walk, or just too hot and sweaty to really give a shit about anything going on around them. As I mentioned, I was super bummed out when 1 AM rolled around and Direct Hit! had to cut their set short but I’m truly grateful that I got to see them at all and I’m already looking forward to their next show here in the Twin Cities.

The Triple Rock isn’t coming back but at least we have people like the good people at Mortimer’s that are willing to give that scene a place to go and keep the spirit of the T-Rock alive. Last night wasn’t a perfect show and it wasn’t at a perfect venue and that’s what made the night absolutely perfect.

Stage Divers-  1 (although I use the word ‘stage’ loosely. The platform where the bands play is just a couple of inches off the ground)