You Are My Everything 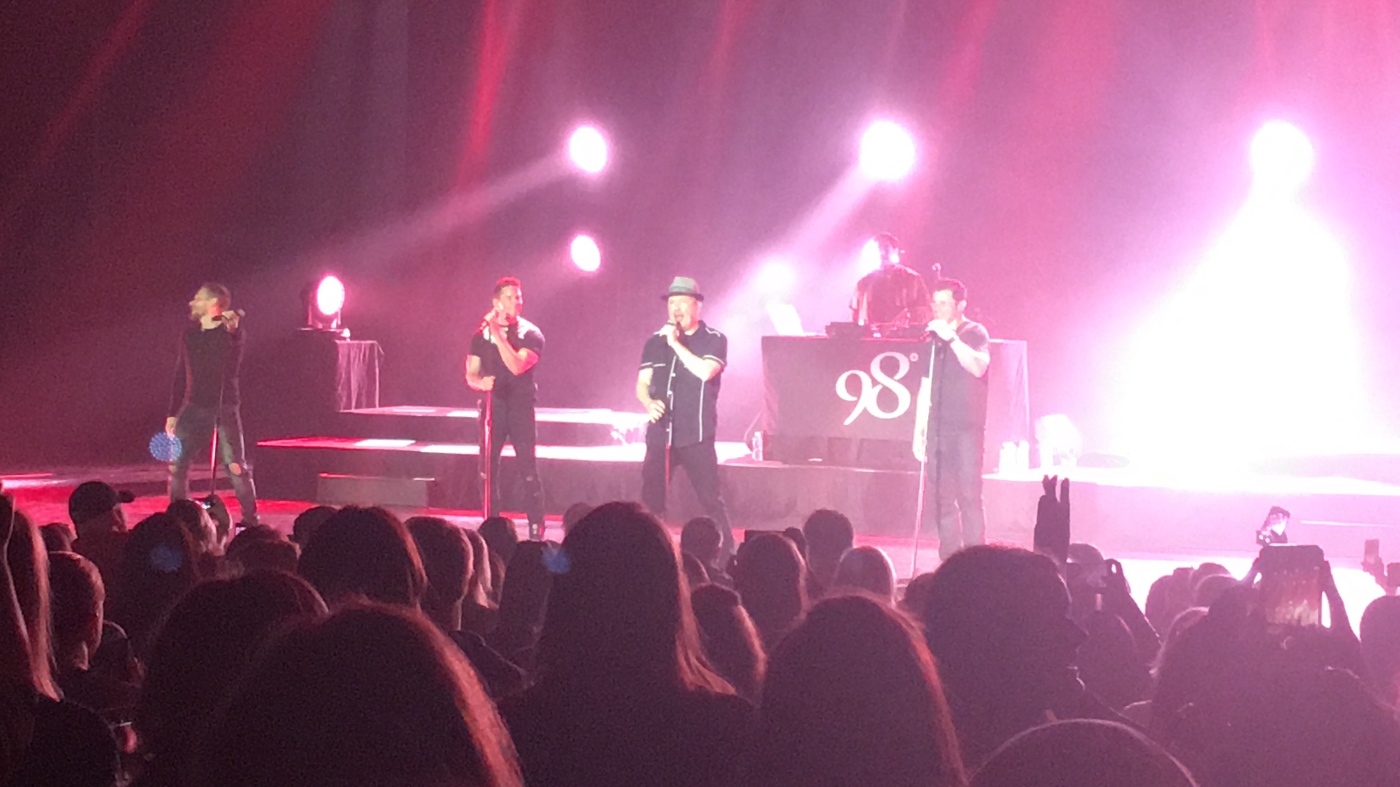 The year was 2001. I was the ripe age of 12 and although I was slowly getting into the world of metal and pop-punk, I was still in love with the boy band hysteria that had taken over the world. I was lucky enough to have a dad who supported live music and would take me to shows even if it meant he had to stand through said shows and the aftermath of me freaking out over the show for weeks to come. I don’t think I had a bigger freakout than I did after he took me to see 98 Degrees at the Iowa State Fair. I don’t remember much but I do remember I was super close to touching heartthrob lead singer Nick Lachey’s hand. This led to weeks of showering with my hand hanging out of the shower. It’s a moment that, although I can’t remember much, I will truly never forget. It was one of my first concerts and the first time I ever got close to a real celebrity. Flash forward to today. I’ve met a lot of amazing people from Andrew W.K. to Bret Michaels and I’ve seen damn near everyone perform but I’m the type of person that never forgets her roots and that’s how I found myself back at a 98 Degrees show on Friday night letting my punk and metal taste take a back seat to my love for boy bands, sad songs, and synchronized dance moves.

My friend and I entered the beautiful auditorium at Mystic Lake Casino to the sound of music from the past. A DJ stood behind a basic looking table with a small banner donning the name 98 Degrees. The music he was playing didn’t stick in my head but I think that was because of the pure excitement that was in the room and flowing between my friend and I. It may have been years since either of us thought about this band but that didn’t stop us from speculating how it would be. Would they still be doing their classic boy band synchronized dance moves? Would they actually be singing? Are they still as hot as they used to be? It didn’t take long for all of our questions to be answered. Within no time the lights went down and the crowd stood up. The screaming was deafening and as the four men took the stage I couldn’t help but start screaming myself.

It was a bit like being stuck in a time capsule. The four singers wasted no time and jumped into a set that was chock-full of nostalgia. Full disclosure, 98 Degrees was never my band. I was definitely an *NSYNC girl but I was also a fan of Nick Lachey. I may have only been around ten years old when 98 Degrees was huge but I knew a gorgeous man when I saw him and hence started my obsession with 98 Degrees (but more with Nick Lachey). As the group sang through some of their original songs I could really only distinguish a couple of them. Sure, I knew the hits, and maybe one b-side that they played but my friend and I were honestly a bit lost. Worried that the rest of the show would be a wash just due to the time that had passed since I had listened to the group and my lack of knowledge when it came to the past two albums they have released since the golden years of boy bands, I was super excited as the band started slipping covers in here and there and eventually broke into a medley of cover after cover that left my the entire audience singing along.

From Britney Spears to Backstreet Boys, 98 Degrees did a great job of picking covers that the audience would know and love while still staying with the theme of nostalgia that reigned supreme throughout the night. Completely cheesy and scripted at times, the group took a walk down memory lane covering songs from some of the greats including a snippet of Prince’s “1999”. One of the most ridiculous, but also the cutest, moments of the night was when the band started talking about Disney movies and how that’s all they hear nowadays with their kids. Out of nowhere the group broke into their rendition of “How Far I’ll Go” from the hit movie ‘Moana’. Complete with interpretive dancing from the four grown men, there was no stopping the smiles that were stretching across the faces of everyone in the audience. Although completely odd and not what we all went to the show for, there was something so fun, genuine, and completely relateable about them picking this song. Out of all of the flawless covers the group performed, their cover of “All The Small Things” by Blink 182 was definitely my favorite. It was like watching my two lives, my pre-teen and teenage and beyond, come together in one amazing song.

If I’m being honest, I wasn’t super optimistic about how Friday night’s show would be. Worried that I wouldn’t know any of the songs and that there wouldn’t be any synchronized dance moves, I honestly thought about just bailing and spending the night gambling away money that I didn’t have. That being said, my friend and I had the absolute time of our lives as we watched 98 Degrees perform. They still had all of the dance moves (although they were never known for their dancing and poked some fun at themselves when it came to that) and still had those voices that can make any female melt.

It may have been damn near twenty years since that fateful night that my dad took me to see 98 Degrees live and lord knows a lot has changed in my life and taste in music but it was nice to know that, even with all of the changes, 98 Degrees is still alive and kicking (and Nick Lachey still looks as great as he did back in the day… hell, they all looked great).