*Album Review* The Big Wu- ‘We Are Young We Are Old’ 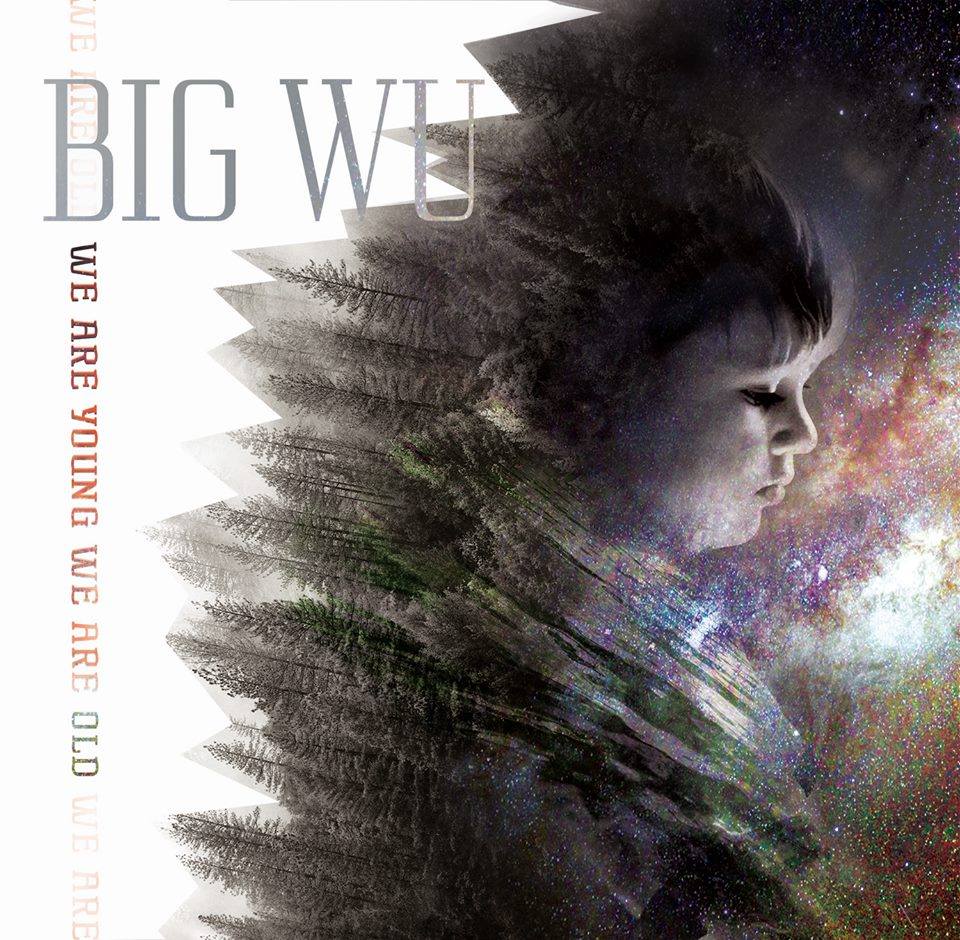 Being sick in the summer is quite possibly the worst thing ever. Not only is it ridiculously hot outside with or with a fever that you just can’t seem to break, but beautiful days of sunshine are spent inside on the couch binging terrible TV that you sleep through most of. I told myself that, although sick and coughing up a lung, I wasn’t going to waste a beautiful Saturday by just binging TV from the couch as the cats looked on. I somehow found the energy, moved to my desk, reached into my box of CD’s and grabbed The Big Wu’s ‘We Are Young We Are Old’ and tried to ignore my scratchy throat as I put the CD into my stereo.

This nine song album kicks off with “Young Pioneer”, a catchy little number that instantly pulls you into The Big Wu’s larger than life sound. A bit country, a bit indie, a bit nostalgic while feeling brand new, and a whole lot of fun, this opening track lays down expectations for the rest of the album. It’s clear that lyrics are going to reign supreme and the beats are sure to be infectious throughout. Although I had heard The Big Wu’s name in passing before, I had no clue what to expect and as this first track played through, I couldn’t help but regret always just shrugging their name off. I knew from this first song that this is a band that I just have to see live.

“Kick In The Head” brings a sense of calm over the excitement that played out fr “Young Pioneer” but don’t let that fool you, the energy can still easily be felt. An almost 90’s vibe to this track, it was instantly a favorite of mine. The easy to understand crystal clear lyrics create a relateable story of sweetness. Although it’s clear that the vcalist is the same from the first song, there’s an almost playful element to his voice for this song that adds a innocent feeling to this song. About half way through “Kick In The Head”, you are introduced to the immense power The Big Wu has as a jam band. Although just a glimpse, I found myself craving a completely instrumental track from this group.

“Ready To Burn” amps things up with an almost heavy rock guitar solo that is joining in by rocking drums and a driving beat. This song almost doesn’t fit with the previous two based on the stylistic differences but there’s also still something that is clearly “The Big Wu” in this song. With only being on the third song, I was surprised yet super excited that I had already been introduced to so many different elements that this band brings to the table. That sentiment didn’t change as the album rolled into “How the West Was Won”. The rocking electric guitar was replaced with a more acoustic vibe and the vocals’ almost aggressive style was replaced by a laid back porch singing vibe. This was one of those songs that had me staring out the window wishing that instead of being sick inside with my gallon of hot tea on my desk, I was next to a pool with a cold mojito in hand while blaring this song.

Up next is “Ghost Birds”. This track keeps with the laid back vibe but seems to bring in some more of the jam band elements that this band clearly does so well. The catchy bass line which pairs perfectly with a synth sound on this song has to be one of my favorite things I’ve heard in a long time. Although not over-complicated, it’s one of those bass lines that instantly gets stuck in your head and I wouldn’t be surprised if I find myself humming it later tonight when trying to go to bed.

“Bound For The South” seems to calm things down from the catchiness of “Ghost Birds” but there are still many aspects in this song that I instantly fell in love with. The singing piano keys and the southern twang that’s in the vocals are just two things that, off the bat, had me grooving this song multiple times in a row. With so many instruments being played at once and a powerful voice on top of that, some bands seem to have a bit of a fight on recordings when it comes to which instrument should get the spotlight. One of the things I love the most about this album from The Big Wu is that there is no fight. Every instrument is given their time to shine. It’s not too little, not too big, it’s honestly absolute perfection with the way each instrument seems to pop in and out of the spotlight.

With only three songs left, it was hard not to get a little bummed as the album rolled into “Jackson County” but, no need to fear, as soon as the vocals kicked in, there was a sense of a comfort. Instantly recognizing the lyrics as a story of just getting on highway 94 and heading to Wisconsin it was hard not to fall head over heels for this song. Although I may not know where Jackson County is this song is a beautiful tale about small town middle America– a story that will never get old to anyone who is from the Midwest. There’s a very atmospheric vibe about this song that seems to be magnified as the band moves into a jam just about half way through. I was so lost in the roaming notes that I was jolted out of my daydream when the vocals came back in.

Although the second to last track on this album, “Runner With Energy” brought a new vibe to this album in the most perfect way. This song is very much in the mode of “Ready To Burn” when it comes to the chugging guitars and driving beat. It would have been so easy to put this song right after “Ready To Burn” but I loved how this band didn’t do what was expected. “Runner With Energy” seems to come out of nowhere but in the most perfect way. The way it blends into the final track, “We Are Trees” is also perfect. Although “We Are Trees” may not have that hard rock undertone to it that “Runner With Energy” had, there’s still something highly energetic about the track making it the perfect ending to an already perfect album.

Shame on me for ever sleeping on The Big Wu. What a genius group with a stellar sound and an album that will not be leaving my car stereo anytime soon.

My Favorite Track(s): “Jackson County”; “Kick In The Head”

Chances Of Getting A Noise Complaint While Listening To In An Apartment: 6.1 out of 10

For Fans Of: Jam Bands, Getting Lost On Country Roads; A Feeling Of Being Free

What My Cats Thought Of It: Artemis laid on my table next to my computer; Autumn hid somewhere

Check Out The Big Wu Here:

Check Out ‘We Are Young We Are Old’ Here!