Some Say It’s A Black Hole 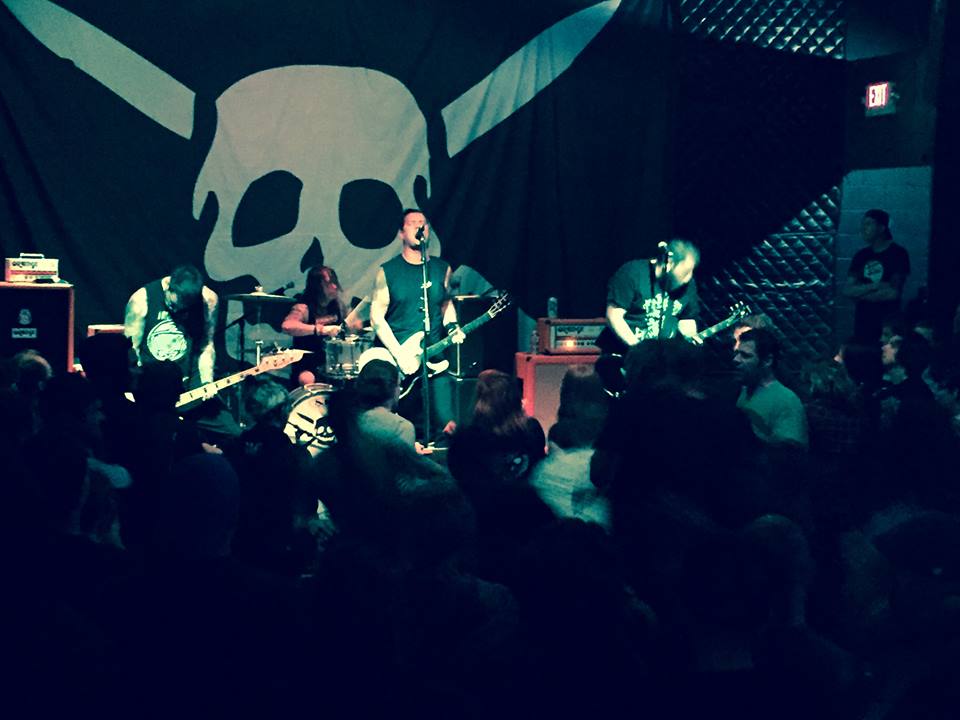 I have missed The Copyrights at least four times in the past two years. They always come to town on a weeknight where I’m just downright exhausted or they come on a night when I have already committed to another show. Well, I’m proud to say that last night it finally happened. I finally got to see The Copyrights live!

The opening band seemed to be about half my age (wasn’t it past their bedtime?!) but they still absolutely rocked the stage. The best thing about this band? The fact that I had seen their members at multiple shows in town. That’s how you do it. You go to shows, you meet people, and then you end up opening for legendary bands like Teenage Bottlerocket. So, I just want to say, keep up the good work! You’re getting further than many of my peers that went to college for this stuff.

You could tell it was a Monday by watching the crowd during the opening sets. Nobody really moved. There were a couple of kids moshing around but they were courteous enough to give a countdown as to when they were going to start moshing so you were able to get out of the way and/or brace yourself. It never really got rowdy. After a long day at work, maybe that was a blessing in disguise?

When Teenage Bottlerocket came on, the crowd finally woke up and moved. It was no metal show, there was no punching, no kicking, no fighting for your life… just a good old fashioned mosh pit with kids pushing and shoving and being aware of their surroundings. No one “accidently” got punched. There were no spilled drinks. There were no kids falling on the ground. It was a good old fashioned punk show where kids really just wanted to have a good time.

There was everything in the crowd last night. There was a handful of younger kids but majority of the crowd were older. You had the middle aged balding guy who probably just got off of his 9 to 5 and just wanted to blow off some steam.  You had the 30 something couples who probably had to hire a babysitter in order to get out to this show. There were the 20 something punk kids who were super excited to see these awesome bands in such a great Minneapolis venue.

It didn’t matter who you were last night. It felt like a good old-fashioned garage show. Nothing was perfect when it came to the music. Nothing really thrilling happened in the crowd. It was a Monday night show that seemed like a Monday night show. But there’s nothing wrong with that.

Found in the Pit- Nothing

Spotted Flying Through the Sky- 1 empty PBR can