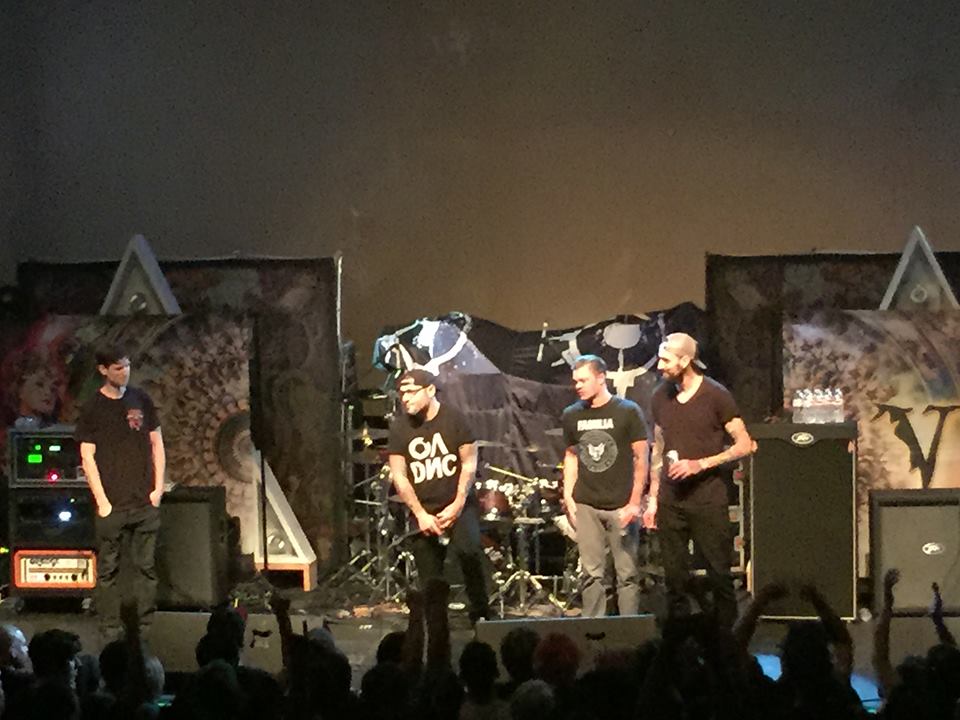 I preach this in almost every blog I write but I can not stress it enough. When you’re in a music scene, when you go to concerts, when you meet bands, you are joining a family. You stick with that family through thick and thin. Even if you’ve never met a band, going to their shows, listening to their music, wearing their T-shirt… that makes you family. Through controversy, rises and falls, even death that is your family. Add being in “Minnesota Nice” territory and you take it to a whole new level.  Last night was a prime example of this.

Justin Lowe was… no, he is and always will be… the guitarist of After The Burial. After The Burial is a band that hails from right here in the Twin Cities. Even though they grew out of the local scene and moved on to bigger and better things, they never forgot their roots. Just a couple of months ago, they played a show at Amsterdam Bar & Hall in Saint Paul which is not a huge venue. They could have easily played a show at First Avenue or even the Skyway Theatre, which is where last night was held, but they decided to go back to their roots, play a local show, have local bands open, and just enjoy the feeling of being surrounded by their family. The Twin Cities family that has stuck with them from the very beginning and will be sticking with them until the bitter end.

The remaining guys of After the Burial didn’t have to show up last night. Nothing needed to be said, everyone knew. The world had lost an amazing guitarist and an amazing person.

In between the brutal set from Cattle Decapitation and the heavy hitting set from The Acacia Strain, After The Burial took the stage. They did not have guitars in hand. There was no drum set at the back of the stage. There was no light show. There were four guys, a microphone, and a dead silent crowd. The heaviness in the room was unreal and I’m not talking about the heaviness of the music. It was the heaviness of the hearts in the crowd. It was silent. Dead silent. When it got too quiet to handle, the crowd started chanting, “ATB ATB ATB ATB.” You could see the men on stage lose their composure.

It took balls for those boys to get up on that stage and do what they did. Here they were, the members of After the Burial standing on the stage without their brother and with tears in their eyes. They said what didn’t need to be said but to hear it with such conviction gave you chills and made you feel at peace.

As they say, the show must go on.

They show went on and each band sounded great. There were epic light shows, epic mosh pits, everything about last night was epic. Each band seemed to have a small tribute to Justin whether it was a verbal tribute or green guitars, Justin’s trademark. There were little signs of him everywhere.

We lost a member of our family. We lost a brother. Rock in Peace Justin Lowe.

Line Up: There were too many to list but here the ones I caught:

Average Age of the Crowd- 21

One thought on “Rock in Peace”