What Follows Will Swallow Whole 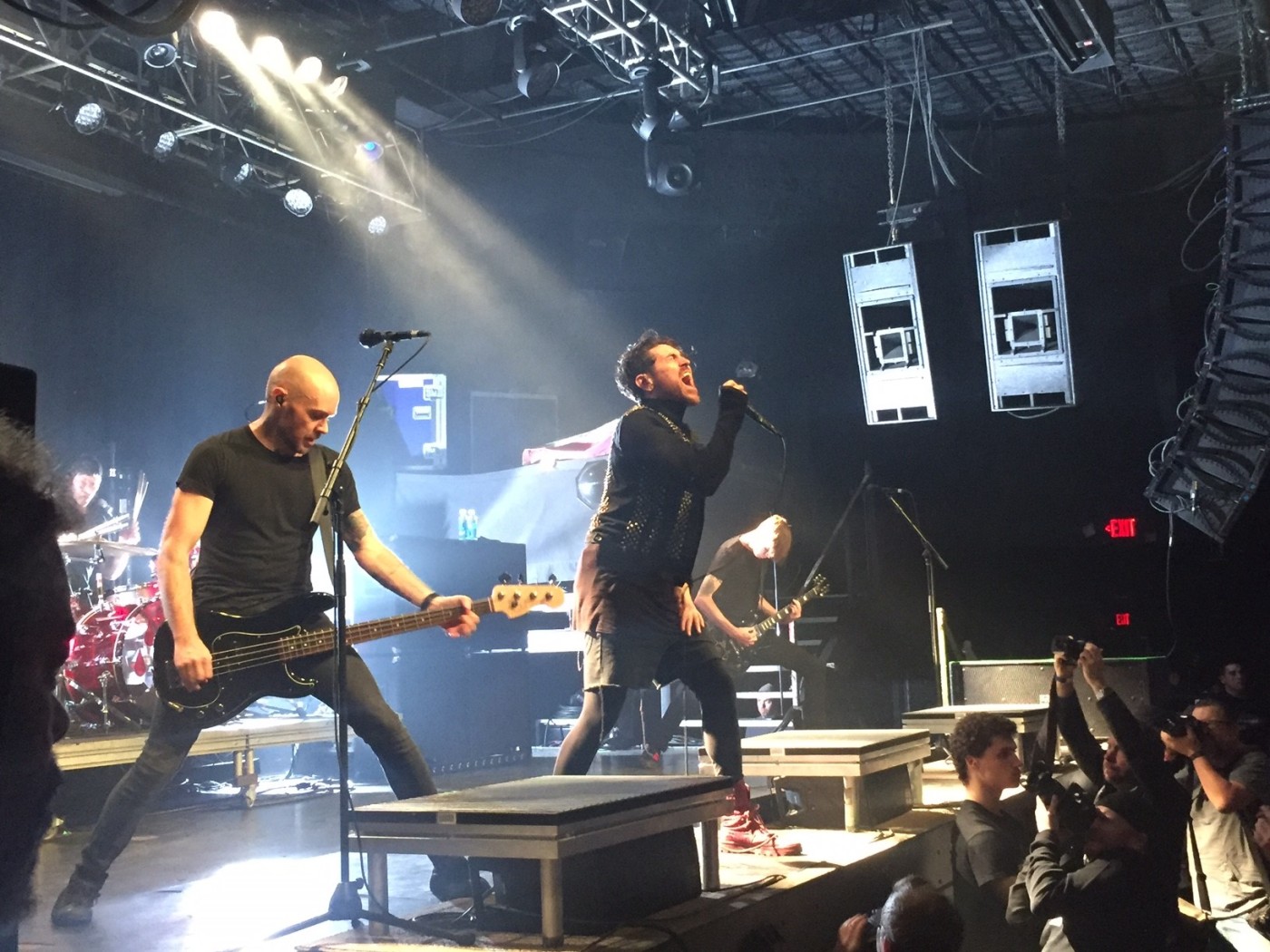 I’ve been going to shows for over ten years now. I don’t just mean casually, I mean going to shows nearly every single night of my life. I’ve seen bands I’ve never heard of, bands I’ve recently gotten into, and bands that I’ve obsessed over for years. I’m fortunate enough to say that I’ve seen damn near everyone I could have ever dreamed of… except for one… AFI.

AFI was one of those gateway bands for me. I remember watching their music video for their song “Girl’s Not Grey” when it was on All Things Rock (hosted by the loves of my life, Benji & Joel Madden). I was instantly hooked by AFI. It was the music, the unique sound of Davey Havok’s voice, the look of the whole band (especially Davey Havok who became the main focus of all of the cut up magazines that covered my walls). They had me in the palm of their hand and it was everything that I needed at that time of my life.

Like I said, they were a gateway band for me and, unfortunately, they somehow fell to the wayside as I grew older and more involved in music. It’s not that they ever got bad, or ever pissed me off by making some stupid statement or anything, it’s just that they were truly one of those bands that got me into this life and lifestyle. I may have stopped obsessing over these guys but, more often than not, I found myself putting on their older albums and reminiscing about those late nights I would spend dreaming about the day that I would finally get to see them live. That day finally came yesterday and it was everything I could have ever asked for.

The band took the stage and I could feel my face light up. I probably looked like a complete idiot with the size of the smile on my face but I didn’t care. I was about to watch one of the bands that truly made me who I am and that’s all I cared about.

Davey Havok, their iconic singer, commanded the crowd with ease as the band played through their fifteen song set follow by two encores. His beautifully unique voice never faltered and, even though it’s been years since I have watched live footage of this band, it was clear that nothing has really changed with time, if anything, AFI has only gotten better. Like so many other shows where I’ve seen bands that I obsessed over during my teenage years, I was instantly transported back to my bedroom at my dad’s house. I could see the walls covered in cut-outs from Alternative Press magazine and could smell the nag champa incense.

The music of AFI is all over the place and I think that’s a huge reason why I was caught by them so quickly. They have some songs that are worthy of tears and others that are worthy of a giant mosh pit. Their versatility is something that I see many bands strive for but never quite get there. AFI does it seamlessly on albums and proved last night that they could do it live too. Even during the slower songs last night though, there was still this undeniable energy radiating from the stage and the crowd. It didn’t matter what they were playing, all eyes in the crowd were on that stage as many of us watched the music of our youth play out in front of us.

As I mentioned before, Davey Havok’s voice was a huge selling point for me when I first heard this band. His does this squeaky thing with his voice when he finishes up lines of lyrics that has given me goosebumps since the first time I heard it. He had a way of being sexy without being sexual. His look was unlike anything I had ever seen when I was younger and I was intrigued and in love. Back then, most kids my age were worshiping Justin Timberlake but there I was with my pictures the tatted and pierced Davey Havok. He was my celebrity crush for more years than I’d like to admit and to be within arms length of his was almost too much for me to handle.

AFI played through some new, some old songs and even played “The Face Beneath the Waves” for the first time live. I really didn’t care what songs they played. Just seeing them live, in person, and being feet away from Davey Havok and Jade Puget (guitarist) was more than enough for me.

As much as I could go on and on about AFI, there were two other bands on the bill and both of them deserve recognition.

Souvenirs was the first band to take the stage and, within one song, I was in love. They have this brand of music that has the power of Brand New with the beauty of The Early November all mixed with their own brand of pop-punk-ish rock. It was fresh and new but still brought my back to my angsty teenage years. It was so refreshing to see a band that obviously grew up in the same scene I did that has matured the same way I have. These guys proved that the music we all grew up on is not dead and, as someone who seems to be musically stuck in the early 2000’s, it was definitely a comforting sight and sound.

The Chain Gang of 1974 was the other band to play last night. I just saw these guys a couple of months ago when they opened for The Naked & Famous. I was impressed then and impressed again last night. These guys come out with more power and energy than most of the opening acts I see. They act like they are headlining every show they play and that’s something that I appreciate. They didn’t seem to notice that, other than the one guy going apeshit in the crowd for them, people weren’t really moving around during their set. The band acted like everyone was there to see them and, in turn, their merch table was swarmed by new fans after the show.

I’ve said it before and I’ll say it again, play every show like it’s the biggest show of your life. Don’t worry about what the crowd is doing, worry about what you’re doing. Even if there are only three people watching you or 3,000 people, the show you are playing at any given time should be the most important show of your life. I appreciate that Chain Gang of 1974 seems to practice what I am always preaching and, because of that, I am officially a fan.

Seeing one of the bands that truly made you who you are for the first time is a feeling that you just can’t explain. Unfortunately, since I go to nearly a show every night and have seen almost everyone I could have ever dreamed of, I don’t get that feeling much. Last night I saw AFI for the first time ever and  felt like a kid again while singing along to the angsty anthems that truly pushed me into this lifestyle.

To say last night was a life-changing concert wouldn’t be a stretch.

4 thoughts on “What Follows Will Swallow Whole”