So Drink Your Drinks With A Dozen Freaks 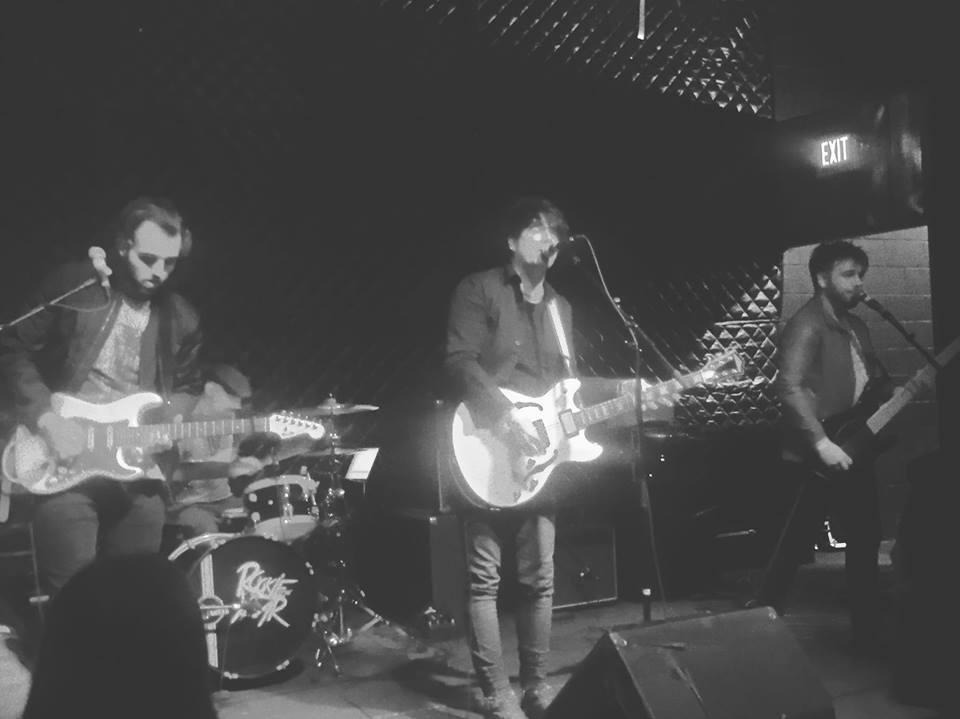 I would take a show like last night’s over Tuesday night’s underwhelming show any time. There wasn’t a sold out crowd, hell, I don’t think there were more than forty people there but you could feel the passion and love both on the stage and in the crowd. There were mistakes made during songs and laughs shared by band members and the crowd. All in all, it was perfection and one of those nights that remind me why I do this day after day.

The show started a bit earlier than I had expected and, unfortunately I missed Brighter Poet. Like usual, I felt terrible but my guilt was instantly soothed by the music of The AutumnAfter. This duo from Springfield, MO got my night started right with their calming, yet energetic music. Singer Hannah Williams was joined on stage by guitarist Corey Clay and, although their set was short, I instantly felt the passion these two have for the music. Hannah’s voice was gorgeous to put it simply. Although very soothing, it had a sense of power and confidence that is sometimes hard to find with an acoustic act. Sure, she seemed a bit timid during the first song but by the time the duo started the second one, she seemed to really hit her strive and the crowd was taking notice. Their acoustic rendition of Taking Back Sunday’s “Cute Without The ‘E'” got the modest crowd singing along and kept the energy in the room high. Before finishing up the set, Hannah mentioned that they had a full band back home in Missouri but, unfortunately, they were unable to make it last night. I’m definitely intrigued and would love to see these guys as a full band. I hope they come back and give us the full experience!

City Under Siege from Buffalo, NY was up next and they instantly won me over. These guys play a brand of pop-punk music that seems to have been lost over time. They are keeping that early 2000’s sounding pop-punk alive and they’re doing it well. Geoff Grey, the bassist, had one of the most infectious smiles I’ve ever seen and, although majority of the crowd seemed to be new to this band, that didn’t stop them from dancing around and having fun. The fun the crowd was having was matched only by the band. The three members laughed their way through the set with jokes between each other and jokes with the crowd. “Everyone who’s not racist come to the front!” joked Geoff about half way through the set which did get a couple more people down to the front. The beauty of their set was that it just made you feel happy but it felt like as soon as they had sound checked and taken over the stage, they were tearing gear down and making room for the next band. City Under Siege was a band I had never heard of before walking into the show last night but they are definitely going to find a spot on my daily playlist.

Up next was Wohsah, a local group that I’ve been meaning to see for awhile. Although their set up took about as long as The Autumn After’s entire set, it was more than worth the wait. These guys brought the indie pop sounds of the night and they brought them with perfection. Spencer, the singer, just could not stand still and it added a feeling of energy that had yet to be felt throughout the night. Spencer commanded the stage and the crowd with ease as they played through their set of upbeat songs that make you want to dance. The fact that the crowd was small didn’t affect these guys (or any of the bands that performed last night) at all and it made the show feel a bit more special than usual. Whosah’s set seemed a bit longer than all of the other openers’ sets but I don’t think anyone was complaining. Time flew as the band powered through their set and before I knew it, the stage was being turned over for the final opening act Color Tab.

Like majority of the other bands from last night, I had never heard of these guys before last night’s show but instantly fell head over heels for the positive attitudes and catchy music. Every band last night had an element that made them stand out in the six band line-up and Color Tab’s element seemed to be a bit of a reggae feel. The trio from Minneapolis had light-hearted songs with relateable lyrics that I couldn’t help but fall for. The three members smiled their way through their set and you could feel and see that they truly just love being on stage and performing. They introduced their song “California” as being a show that has been played on a local radio station a couple of times and as soon as they started playing it, it made sense. Although these guys definitely have a radio friendly look and sound to them, they still have an edge and it definitely kept me and the rest of the crowd interested. The parents of the band members cheered as their final note rang out but I found myself being a bit disappointed. Like the other bands before them, I didn’t want their set to end. I could have listened and watched them all night and been perfectly happy.

The night ended with Rookie of the Year from Raleigh, North Carolina. Talk about a blast from the past! The last time I saw these guys was before I even lived in Minnesota. I remember falling in love with singer Ryan Dunson and the way you could not only hear his lyrics, you could truly feel them. After over ten years, I wondered if Ryan would still have that same spark and worried that this set could turn into a huge disappointment. I don’t know why I was so worried. As soon as Ryan and his band started the first song, I remembered why I fell in love with this band long ago and was instantly transported back to an easier time of being a teenage with no worries.

Rookie of the Year’s music jumps around all the genres. Some songs sound like the most up-beat pop-punk songs you’ve ever heard where other songs have an acoustic feel that is almost enough to make you cry. Regardless of if they are playing a fast or slow song, Rookie of the Year has a sense of conviction that truly adds a spark and sense of energy to their show. Ryan’s voice shined throughout the forty-five minute set but the other band members were not ignored by him or the crowd. Each member added a personality along with his music and, when mixed all together, it created a sense of beauty.

Ryan (with the help of various musicians) has released five albums as Rookie of the Year now and it seems like, although the music has definitely matured over the years, he and the musicians he keeps around him have stayed true to those early years. Last night they played a couple brand new songs that blended in perfectly with those songs from back in the day. It’s so hard to find a band that hasn’t given up or hasn’t completely sold out and changed everything they once were. Rookie of the Year is one of the few bands that is still kicking and won’t go down without a fight. I commend them and was more than honored to be able to see them last night.

Last night was one of the more intimate shows I’ve been to lately and it was definitely a nice change of pace and a treat. The passion and imperfections of shows like last night’s create a perfect atmosphere and a perfect night. I’ll take that over a sold out show with no passion every night of the week.