All I Do Is This 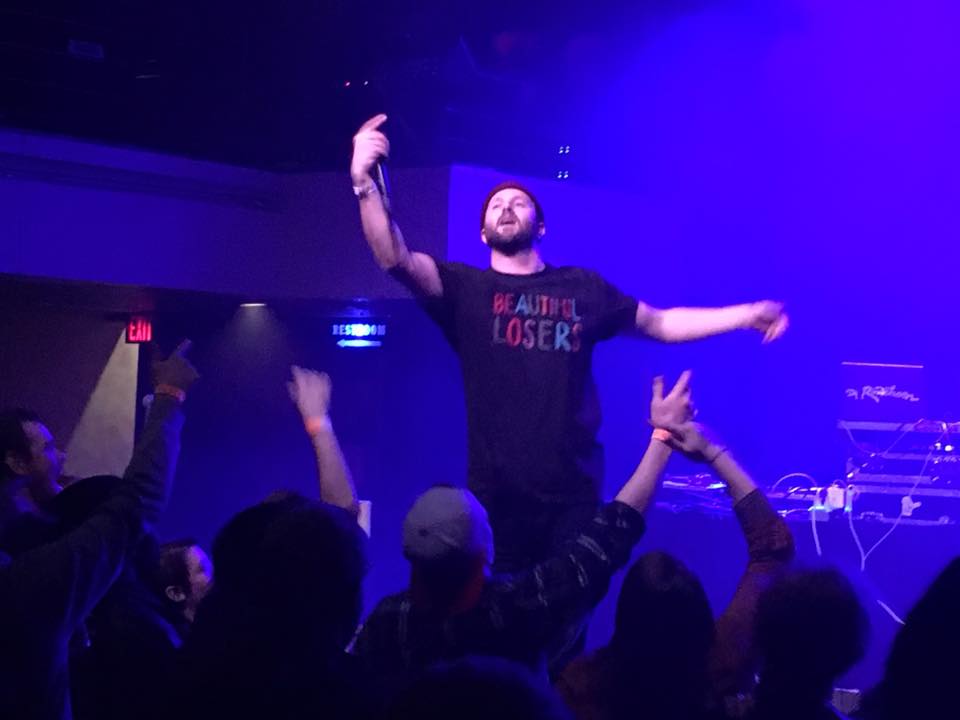 I love the snow. I truly do. What I don’t love is the way it affects shows and attendance at said shows. I was bummed that out of all of the days Mother Nature could have dumped a couple inches on the Twin Cities that it had to be the day of a beautiful event for a beautiful cause. Although it clearly stopped some people from coming out last night, it didn’t stop me. Being a little baby, I called my Uber and made my Uber driver deal with the icy roads (thank you Timothy for getting me there safely!). As I walked into The Fine Line I was greeted with a sense of warmth. It may have been cold and snowy outside but it was warm and lovely inside.

Saturday night’s show was a benefit for Hopewell Music. Hopewell’s mission statement is: Hopewell was created to inspire North Minneapolis students to grow, discover, and express themselves through music. Our mission is to help students achieve their full potential in music and life through high-quality music instruction and a community that is lasting and engaged. Now, if that’s something you can’t get behind there’s something truly wrong with you. I honestly wouldn’t be who I am or do what I have been doing without the music classes I was fortunate enough to have when I was growing up. It honestly made me who I am today and I couldn’t imagine my life without it. All ticket sales went towards the cause along with proceeds from the bar, merchandise, and donations that were texted in last night. When I said it was warm in The Fine Line last night I didn’t just mean the temperature, there was something so beautifully warm about all of the people there. These people took time out of their busy lives and braved the weather just to support this cause and get a hell of a good concert out of it as a bonus. The crowd may have been small but it was mighty an led to a great night of music and community.

After a bit of spinning from Hoops (which is DJ Rowsheen and Babyghost), the first act Chance York took the stage with Big Cats on the beats behind him. This was my first time ever seeing Chance York although I had heard his music before. His live show did not disappoint. Although he was the first on and the crowd was just starting to warm up, he gave us everything he had. His music was overall upbeat and energetic. With positive lyrics and a true message (like nearly every local hip-hop/ rap artist has), he seemed to be the absolutely perfect fit for the night. His message fit the message of Hopewell perfectly. Although his lyrics seemed so personal, they also came off as ridiculously universal. His energy fit the music. It wasn’t over the top or in your face but his stage presence was impossible to ignore. With Big Cats (a personal favorite of mine) behind him, Chance York’s set was perfect and definitely set the tone for what was to come throughout the rest of the night.

After a little bit more spinning from Hoops and a heart-touching speech of thankfulness from one of the people behind Hopewell, it was time for Air Credits. I have only seen Air Credits once before and it has been awhile but as soon as the two men took the stage, I instantly remembered exactly who these guys were and I was excited. The bounciness of Chance York’s set was quickly replaced with a sense of aggression and power. The intensity of rapper Showyousuck (born Clinton Sandifer) had me sold the first time I saw him and clearly nothing has changed. He instantly demanded the attention of everyone in the audience. I love the fact that Air Credits had taken time out of their busy schedule for this show. Hailing from Chicago, IL, this duo was the only non-local group on the bill but they were treated as locals. Whether you liked their darker approach to the music or not, you clapped for them and cheered. The fact that this group from out of state has gotten behind Hopewell’s mission says more than I ever could about how important an organization like Hopewell is.

After playing a couple of songs on their own, Air Credits brought out local boy Sims for an album playthrough of their collaboration “Arteria Verite”. Air Credits intensity mixed with Sims’ chill Minneapolis vibe created the perfect atmosphere. I may be a bit behind here but I had yet to check out the album. That may have worked in my benefit because seeing it live added so much to the sound that now when I listen to it, it just doesn’t do the music justice. I watched in awe as the two men took turns with lines of deep lyrics before coming together to create a true explosion of sound. The audience was obviously eating up every single beat as they jumped along to the beat with one arm in the air while the other clutched their drink (hey, bar proceeds were going to Hopewell so drink up right?).

After the playthrough, Sims performed a couple of his own songs. Having seen Sims a million times before (I don’t even think that’s much of an exaggeration at this point), I figured it would be a standard Sims show but that all changed when he went into the crowd after just a couple songs and performed the rest of his set from there. The crowd circled around the Doomtree star as he spit through this songs with intensity while keeping a true sense of fun in it. It honestly started to feel more like a house party than a concert but that was truly perfect and was a good reminder of why I love the local hip-hop/ rap scene up here and why I sport a Doomtree tattoo on my wrist.

Regardless of if you were there for the music last night or there solely to support the cause, there’s no denying that there was magic happening all around us throughout the night.

Please consider donating to Hopewell here. They are seriously good people with a great mission and a fire in their hearts. I hope to see their program continue for many years to come.