You Are Good As Gold 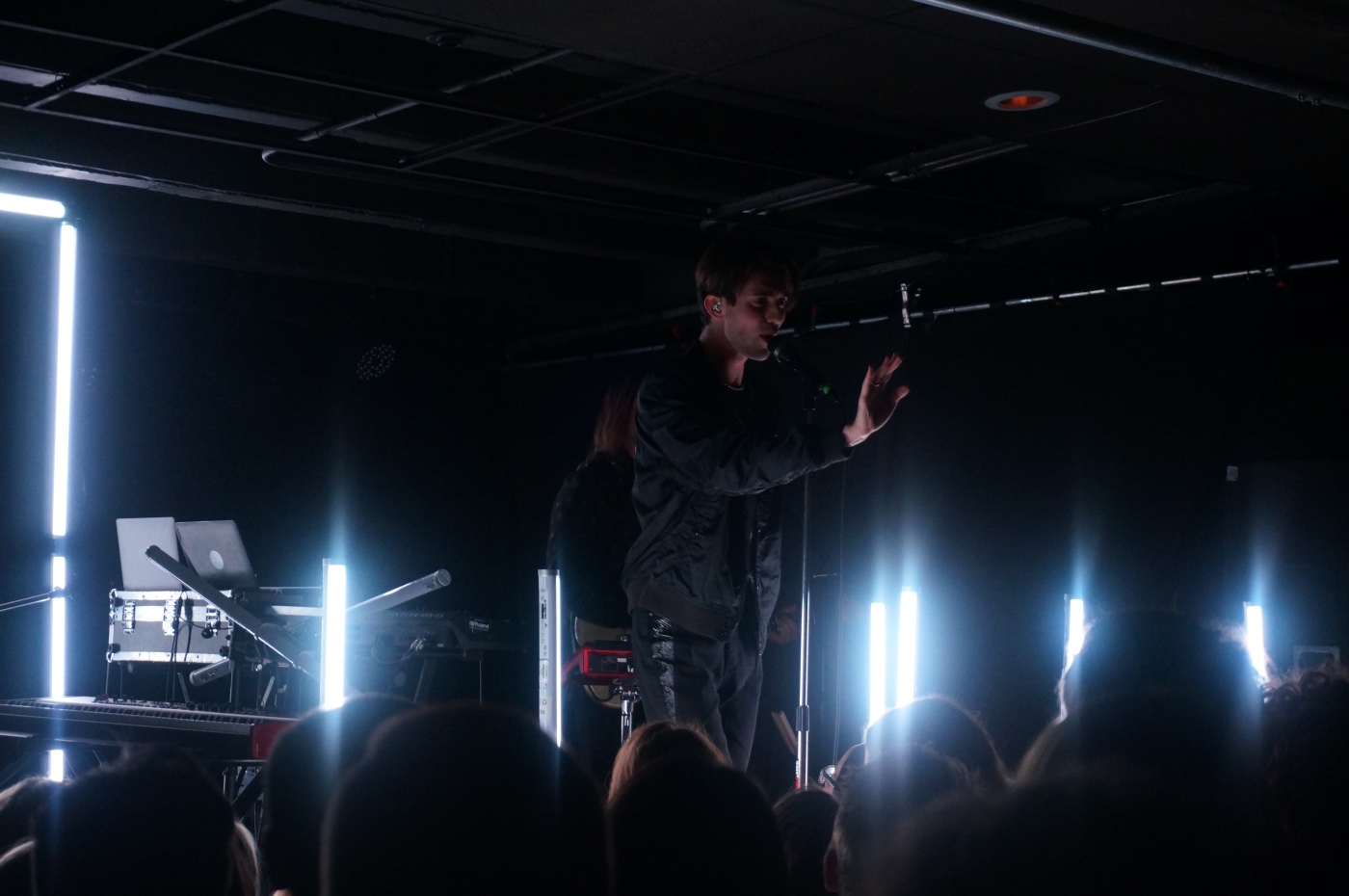 I’m a risk taker when it comes to my weekday shows. I really don’t care what I see or if I know it prior to going, I just want– no, need– a show every day of my life. That mentality seems to change when the weekend comes. I tend to go to something familiar during the weekend as to not ruin the weekend mentality. I changed that last night. Like so many other nights, I was really going into Friday night’s show blind. I knew the name Greyson Chance but that’s about where my knowledge of this young singer stopped. I’ve seen his name pop up time after time on a long lost friend’s social media and it intrigued me enough to take a chance and spend my Friday night at an unfamiliar show. This was either going to make or break my weekend but, either way, I was excited.

There was a sense of excitement in the air as I walked through the double doors that open into Studio B of the Skyway Theatre. I’ve been in this room many times before but don’t think I’ve ever felt such an electric atmosphere in the past. The audience was young and cute and I instantly felt out of place. It was clear that couples were treating the night as a date night and had gotten all dolled up for the occasion in their trendiest clothing. I stood there sporting my Slipknot shirt and a pair of jeans that I really should wash soon and tried to just blend into the wall. People were excited, not only could you feel it in the air, but you could see that excitement manifest when everyone’s phones would go up every time the lights would dim as to not miss Greyson’s entrance onto the stage. I was intrigued and any worry I had about this show ruining my weekend vibe was gone. The room was packed and people were excited– there’s no way all of this was happening for a sub-par performer.

With no opener, the lights finally went down for the last time and a blend pop and electronic music started pumping through the speakers. The sound of excited conversations around me instantly turned to energetic screeches and screams as Greyson took the stage. Being that I really had never heard Greyson’s music before or taken the time to check him out prior to the show (it was a System of a Down kind of day), I was instantly struck by his aura. Young and cute, there was something overly positive about him as he took the stage. Warm and welcoming but clearly a rockstar, before he even opened his mouth to sing, I was in love with this man and everything he was doing.

His thirteen song set and one song encore was absolutely captivating. Although there was a lot going on all around me with people dancing and trying to push through the crowd to get to a different part of the small venue, my eyes were glued to Greyson throughout the set. I loved the way he was able to amp up the crowd while still making sure that his music and his vocals were absolutely flawless. From commanding the audience from the front of the stage with the microphone in hand to sitting behind a piano while showing the audience just how talented he really is, I honestly didn’t care what his music sounded like, again, I was in love with everything. It’s because of that adoration that made his indie-pop-electronic sound something that I couldn’t get enough of even though it isn’t typically my cup of tea. The amount of heart and passion that Greyson and his bandmate showed on stage had me bouncing around to the infectious beats like I had been listening to his music for years.

Greyson was full of positive words between songs but there was one thing he said that really caught me. “You’re tough enough to get through and you’re good as gold!” Sure, that led in nicely to his song (and the song that was my favorite of the night) “Good As Gold” but it felt like so much more than that. His words felt genuine to the point where you couldn’t help but get a little emotional when he explained that you are good enough and this world does need you. You can find someone cute with little to no talent, throw a microphone in front of them, and shove them out on a stage in front of a sold out crowd and fool people into thinking they are the real deal but you can’t teach the sense of passion and love that I felt radiating from Greyson Chance (you also can’t teach someone to sing that well… Greyson’s vocals are truly incredible). Greyson Chance is the real deal and absolutely deserves your attention (and then he will inevitably run away with your heart).

I took a risk with my Friday night show and it honestly couldn’t have been any better. Take that risk. Dive into the unknown and let yourself be free while doing so. You may end up with the best way to start a weekend ever!