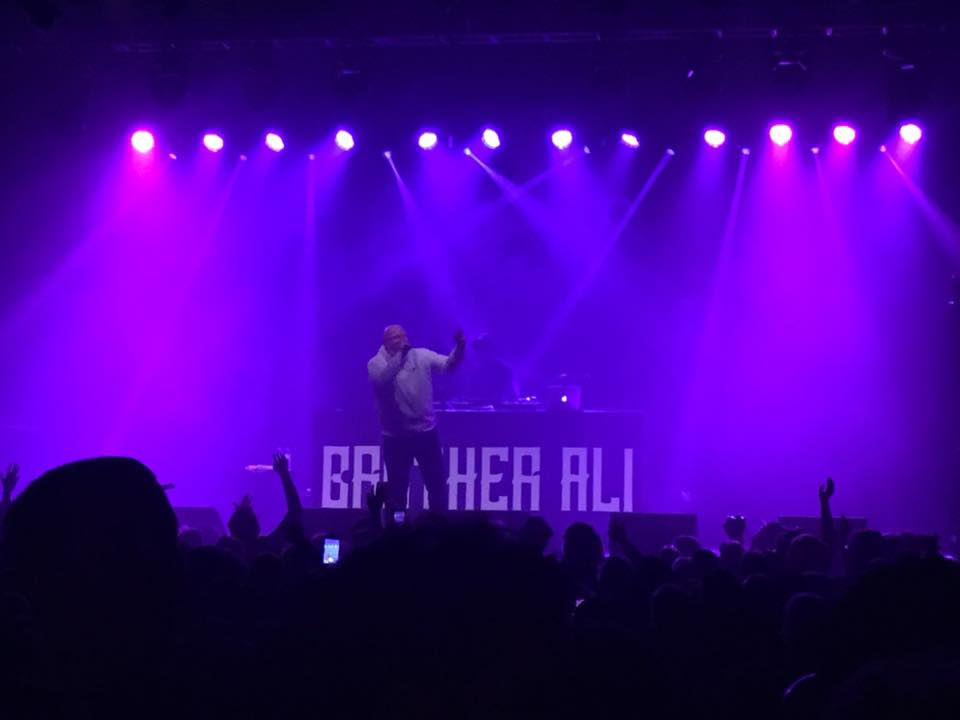 I’m in a concert drought and I hate it. I’m sure there are shows going on that I could be at but the mixture of the cold dark tundra I live in and the stress of adulting by way of buying a townhouse has me sticking around home a lot more than usual. It felt refreshing to get out on Thursday night and although it was for an artist I have seen almost more times than I can count, it just felt nice to get back inside of First Avenue and have the feeling of the bass making my hair move and my cheeks hurting from smiling so much. I walked into the show as just another concert– one that I really didn’t need to be at– but it ended up being a show where one artist may have me re-thinking my top five sets of the year and the other performers had me completely captivated.

Last Word got things started with a DJ set full of irresistible beats which gave the audience a couple of minutes to de-thaw and socialize before the rest of the acts took the stage. Although I feel bad for calling Last Word a background act for the conversations raging around me, that’s what he was. His music was there and definitely didn’t go unnoticed (nor did his talent) but he seemed to struggle to get any response out of the crowd when it came to him asking the audience how they were doing. It didn’t stop him and Last Word had the audience warm and ready for what was coming next.

What came next was a huge surprise to me in the best way possible. I had never heard of Nur-D (say it outloud– Nur-D, NurD, NerD, Nerdy– get it?!) but was enamored by him within his first song. Playful yet powerful, there was something painfully genuine about Nur-D and his performance. He definitely had that Minnesota hip-hop vibe that I have fallen in love with over the years but he also had a very Los Angeles spark about him that was infectious and had me smiling from ear to ear. Nur-D is a clear showman with a personality that shined brighter than the stage lights throughout his set. Even when he was joined on stage by three horn players for an explosive ending to an already thrilling set, Nur-D had the audience captivated by his every move. I honestly thought this bubbly and fun personality was an act put on only when on stage but when I was denied a t-shirt due to them being out of my size (I waited too long– I seriously think about 74% of the nearly sold out audience had rushed his merch table after his set), Nur-D politely encouraged me to keep an eye on his social media because he would put them up soon. This was such a small moment but even in this brief interaction, I felt like I had known Nur-D for years. He was comfortable, honest, kind, fun and I knew that his personality wasn’t just an act… he seriously is just an all around amazing guy. I knew within the first couple of seconds of his set that he was going to be a new obsession of mine and, by the end of his set and the night, he landed a spot in my top five sets of the year (which is shocking because he knocked out Angels And Airwaves). Nur-D is my new favorite and I can’t wait to see him again soon.

Evidence, who took the stage next, didn’t stand a chance again what Nur-D had just done on stage but he definitely put up a fight. I’ve seen Evidence before and have always been impressed by his cool, calm, and collected demeanor while being completely captivated by the way he strings his words along and last night was no different. Although not a local act (he’s based in California, the fact that he is signed to Rhymesayers entertainment and his overall style definitely had him feeling more local than not. His raps have a bit of an edge and an intensity to them but they still feel real and genuine. The audience was eating it up and I was a pleasantly surprised to see how many people in the crowd were rapping along to his set. A surprise appearance by Slug of Atmosphere was just an exclamation point to an already great set. Although, in my mind, Nur-D had stolen the show, Evidence killed it and it was clear that as he disappeared from the stage, the audience was left wanting so much more from this great rapper.

Headlining the nearly sold out show was a local rapper who has made waves around the world and continuously makes the Twin Cities very proud, Brother Ali. Ali Newman is one of those people who could make you comfortable in even the most scary and nerve-wracking situation. I’ve had the honor of meeting this guy a couple of times but, even if I had never met him, he would still have that same effect. Like everyone else who graced the stage on Thursday night, there’s something painfully honest and genuine about him and his performance which is a reason I keep coming back to see him perform. You could be having one of the worst days of your life but Ali’s attitude and music are sure to help you out of whatever hole you may find yourself in. With seven full length albums out dating back to 2000 and a smattering of EP’s and other releases thrown in there, Brother Ali is not a new act and definitely has a solid sound and vibe that has stayed true throughout his career. Although years have passed since the first time I witnessed his genius on stage, nothing about his performance has changed and I think that’s why he continues to gain momentum as a musician and human being.

I went into Thursday night’s show as just another show but it became so much more very quickly. From witnessing Evidence’s talent, listening to Last Word’s creativity, enjoying Brother Ali’s painfully positive attitude, to falling head over heels for Nur-D– last night was more that just another concert.

Average Age of the Crowd- 30

Celebrity Sightings- Dem Atlas, Slug, Dwynell Roland (it was really a who’s who of the Twin Cities hip-hop scene)