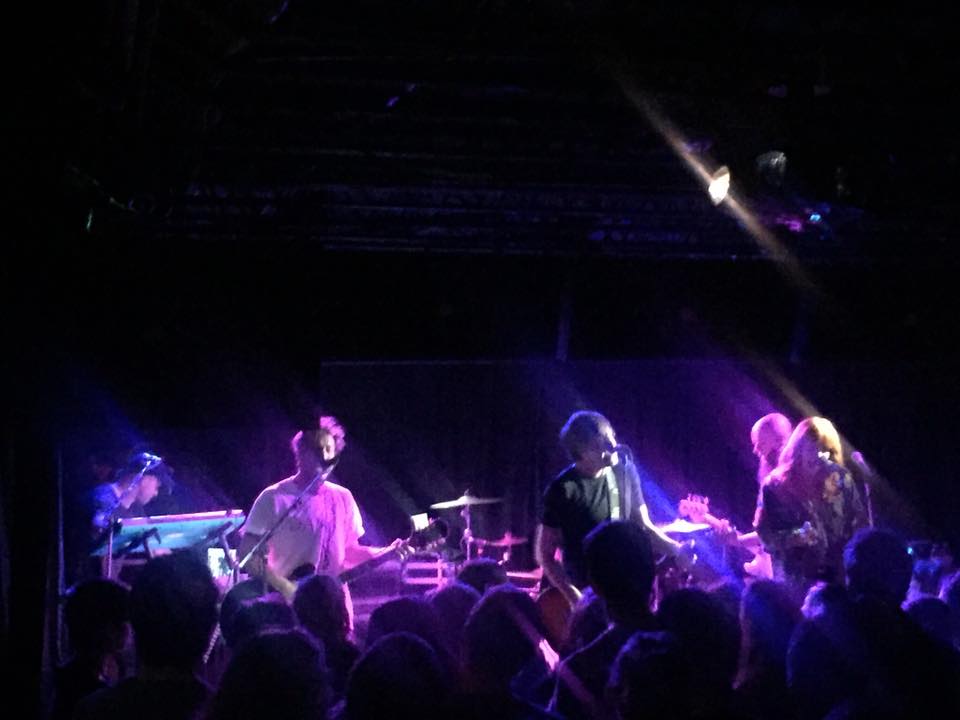 The winter blues are starting to get to everyone here in the Twin Cities. You can literally feel it in the air and, with a looming Snowpocalpyse scheduled to hit in just a couple hours, I would be lying if I said I wasn’t over this. It’s freezing cold, it’s dark majority of the time, and walking on sidewalks is treacherous game to play due to the ice that has built up over the past couple of months. I love Minnesota, I truly do, but sometimes you just need some sunshine and warm vibes to help keep you from falling into the winter slump. The Mowgli’s and Mainland were that perfect distraction and if you were one of the lucky ones to get a ticket to the sold out show, you may be feeling a bit more optimistic about the upcoming snowstorm.

Kicking off the night was California born, New York raised, Mainland. Mainland took the stage and jumped right into a very dynamic set that was perfect as the young crowd packed into the intimate venue. Their sound was very east coast classic rock & roll but there were hints of sunny California scattered throughout their quick forty minute set. That contrast between the two coasts led to a truly noteworthy sound that makes this group stand out from others in the scene.

Although the members of this group seem kind of young, their music doesn’t come off as young. The influences I could hear in the music ranged from everything to The Cure to The Clash with a little Depeche Mode thrown in the mix. With an obvious appreciation of some of the greats from the past, Mainland is one of those bands that will bridge the gap between generations. It was awesome to watch as everyone in the crowd grooved along to the thumping drums regardless of if they were one of the young bucks standing right in front of the stage with phones out to get that perfect Instagram picture, or one of the older people standing towards the back with drinks in hand. It’s rare to see such a diversely aged crowd and to see all of them moving along to together and to say it was exciting to see would be an understatement.

Mainland’s set seemed short but when I realized they were up there for around forty minutes, I chalked it up to time flying when you’re having fun. Their enjoyable set was the perfect start to the night and I was definitely excited to see what headliners The Mowgli’s were going to bring to the table. After a quick change over, the six piece crowded the small stage and we were off.

As soon as The Mowgli’s took the stage, a sense of warmth took over the small venue. Maybe it was the images of oceans and sandy beaches that were playing on the “side drop projection” (the stage is super super small at The Entry so the band chose to put the projection screen that is typically behind them on the side of the venue so people could actually see it), or maybe it was just the groups classic California sound. Regardless, the winter slump that everyone up here falls victim to was null and void in the 7th Street Entry last night and it was clear that that’s what we all needed.

I danced along with the strangers around me as The Mowgli’s played through their playful set that was chalk full of feel good songs that made you smile. Singer Katie Jayne Earl has one of the sweetest voices I’ve ever heard before and watching her sing through the giant smile that never left her face added a sense of charm to the show that was impossible to ignore. Take that charm and mix it with the other singer Colin Louis Dieden’s free-spirit feel and you are left with a set that makes you instantly forget any worry in your mind. Every single member of The Mowgli’s was dynamic to watch. They each had an individual style that they seemed to bring to the table when it came to their live show and that made every moment feel different and exciting throughout their nearly twenty song set.

There were too many charming moments throughout their set for me to mention them all. The band members came off as very genuine and real as they thanked the crowd and, although they are becoming a household name, they seemed to truly want to meet everyone that had taken time out of their busy lives to see them play. Between the gender reveal for superfan Ashley that ended up with pink confetti falling around the crowd (congrats on the baby girl Ashley!) and the multiple heart-felt thank you’s, the members of The Mowgli’s had a very positive vibe about them that made them feel more like a local band full of friends rather than the nationally touring band with multiple sold out shows that they are.

There’s a lot of talk about this giant snowstorm today. During my errands this morning, that’s all I heard about from cashiers and other people who were stocking up on groceries. They were all complaining about how over this weather they all are and I just nodded. I couldn’t relate because I spent a couple of hours in sunny California last night thanks to Mainland and The Mowgli’s. Bring on the snow.

Average Age of the Crowd- 21

Show on Deck- Architects/ Stick To Your Guns/ Counterparts