To Hell With You And All Your Friends 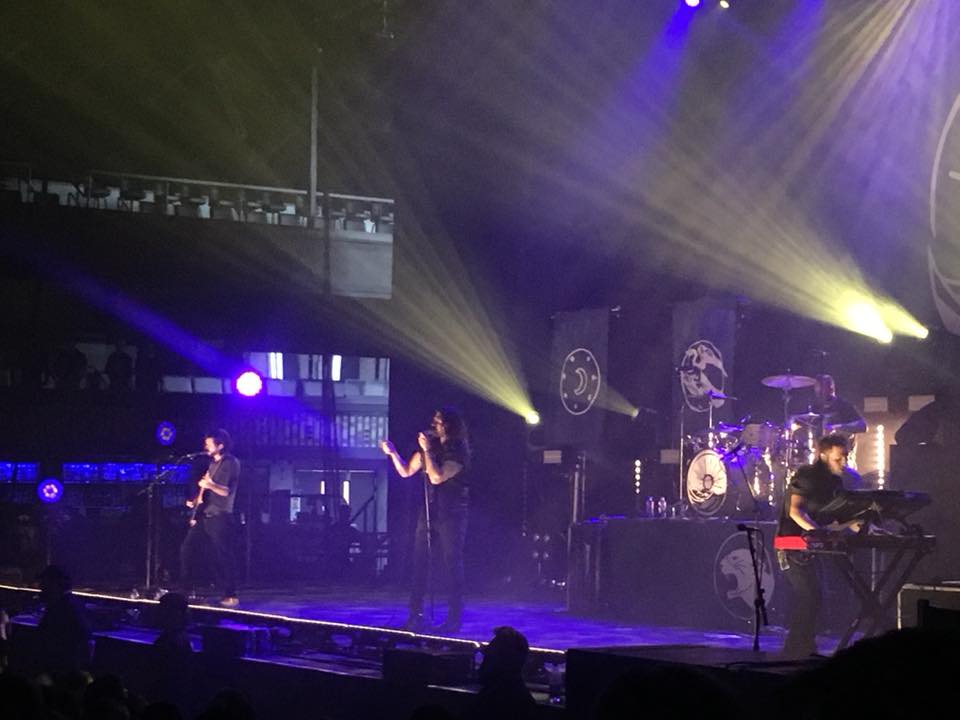 I turn 29 in just over a week and to say I’m having a crisis over it would be an understatement. I’m watching all of my friends get married, have kids, buy houses and here I am with an apartment that I can barely afford, nobody to come home to other than my cats and an out of control concert habit. Sometimes I feel like I’m doing it wrong but then I go to a show like last night’s and remember exactly why I live the life I do. Some shows just give you a feeling of euphoria and peace that makes everything going wrong in your life feel okay and that was exactly the feeling I got as I watched Taking Back Sunday play through the songs that have helped me get through nearly every crisis in my life.

The show kicked off with a band that I’ve only recently really started to appreciate- The Story So Far. When I first heard them I was resistant to say the least. Their new school brand of pop-punk was something that took awhile for me to fall in love with but their lyrics were easy for me to get behind. They talk about the trials and tribulations of growing up, the heartbreaks that never seem to repair themselves and everything in between. Angsty and a bit juvenile? Most definitely but, being a pop-punk kid at heart, those lyrics are what I look for in my daily playlist. Unfortunately, their live show just doesn’t convey the lyrics like I want it to. I’ve seen TSSF multiple times now and am always left disappointed. Last night was no different. I hate the way singer Parker Cannon just kind of stands in the center of the stage while shouting into the microphone just doesn’t do much for me. Sure, they sound fine live but, with nothing to really watch, I may as well save my energy and just listen to their music at home. I haven’t completely given up on this band yet and they are definitely still on my daily playlist but, come on guys, step it up.

What do I even need to say about the next band and what they mean to me. I’ve seen Taking Back Sunday over twenty times now and they never get old. Each time I see them I find myself singing along to the songs of my past while looking towards the future. Watching these men that I idolized as a scene kid teenage literally grow up alongside of myself and my whole generation is something that holds a special place in my heart. Sure, I know there are a bunch of bands from back in the day that are still out there and doing the damn thing but there’s something about how Taking Back Sunday’s music has matured over the years that makes them stand out. Each of their seven albums always seems to hit me at the exact right time. The lyrics always make sense and the feeling they convey always hit me in just the right spot. Again, I really don’t know what more to say to explain just how much this band means to me but I think you get the idea.

Taking Back Sunday’s Wednesday night co-headlining slot was full of songs both old and new, slow and fast. From the first note of “What’s It Feel Like To Be A Ghost” to the final word of “MakeDamnSure” I found myself screaming along to every single word like a complete idiot. I didn’t care what anyone around me thought of me or my vocal skills, I was having a religious experience and nothing was going to stop me. It was clear that I was not alone when it came to having a truly deep moment while listening to the songs. I watched in awe as thousands of fans sang along at the top of their lungs with an immeasurable sense of passion and conviction. You could feel just what the band means to the fans and vice versa. Singer Adam Lazarra danced his way through the set (while wearing a 7th Street Entry shirt!) as his southern charm shined as bright as the lights whizzing over our heads. That charm mixed with the energy of the audience and my religious experience created an exhausting yet truly amazing set that left me nearly speechless.

Honestly, I was ready to go after Taking Back Sunday. I was already exhausted walking into my show after having to sacrifice my afternoon nap due to an early start time and any energy I did have left in me was spent during Taking Back Sunday’s set. That’s when I heard the distinct guitar sound and saw the hair. Although I was exhausted, I couldn’t just walk out when I knew what was in store for the final set of the night.

Coheed & Cambria is one of those bands where they are so distinct that you either love them or hate them. I, personally, love them. Their unique brand of of progressive rock music is something that I fully back but I also know many people that can’t get over singer Claudio Sanchez’s voice. It’s definitely something new and something that takes some getting used to but that voice mixed with the iconic guitar work and their explosive live show has kept Coheed & Cambria a constant in my life since the early 2000’s. After a short instrumental intro, the band took the stage and Claudio’s uber fluffy and huge hair took center stage. They wasted no time jumping into what would turn into an extensive thirteen song set (okay, thirteen doesn’t sound like much but Coheed’s songs are long).

Although a fan of these guys for years, I definitely feel off the wagon and still insist on only listening to their early 2000’s releases. Because of that, I didn’t recognize every song they played last night but was able to enjoy them just the same because of just how unique they are. Sure, I couldn’t sing along to the new songs like I could on their final song “Welcome Home” but it was just as fun watching the rest of the audience have the same religious experience I had just had during Taking Back Sunday. As always, Coheed’s set was explosive but also very reserved. Other than fast moving lights and an impressive metal “Keywork” (a symbol the band uses that coincides with their comic books and back story but that’s a whole other blog post that I don’t have the energy to write) with lights shooting out of it, Coheed’s set was strictly about the music just like it should be.

So maybe I’m having a midlife crisis right now and am dreading my birthday next week but standing there screaming all of my feelings out with a good friend by my side definitely helped out a little bit. Nostalgia is a powerful drug. Nostalgia in the form of a concert is the perfect remedy to any ailment.

The Story So Far

Average Age of the Crowd- 27

Spotted Flying Through The Air- Bodies