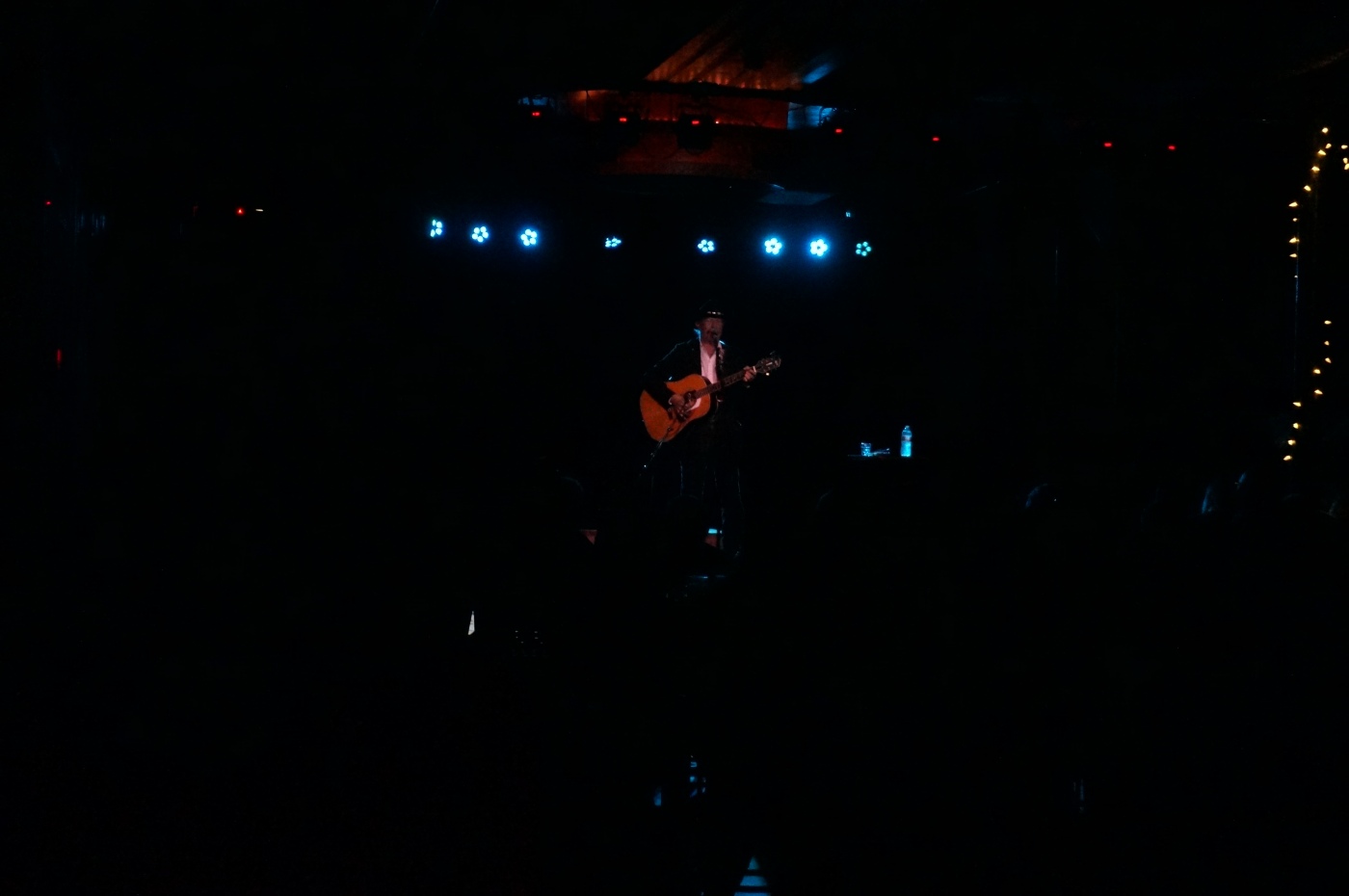 I spent the past week in Colorado for my birthday (hence the lack of posts lately) Getting to see Lucero (my all time favorite band) at Red Rocks on my birthday day (which happened to be their record release day) was nothing short of a religious experience but I’m not going to lie, it felt nice to get back home and felt amazing to finally go back to one of the venues that I call my home away from home.

My interaction with an older gentleman prior to the show definitely set the tone for last night’s show. As I was pulling into the extreme pot hole ridden parking lot behind the Turf Club (seriously, those pot holes are big enough to swallow up my car), this man was pulling out of the parking lot and gave me the head shake meaning there were no spots. This sounds small, I know, but you don’t understand this lot. Had I gone in optimistic for parking and made it to the end just to find nothing, it would have taken me a 64 point turn to get out of the close quarters. I was thankful for the man’s warning and followed him back out onto the residential streets. I was a bit confused when he passed up a spot just a block away and continued driving. After fumbling around my car for a bit, I got out and started walking to the venue realizing that this man’s timing was the same as mine. He explained to me that he wanted me to have the closer spot because my car was smaller and it would fit better. He went onto complain about the lot a bit, but then say how nice it was to even have an option of free parking. Do you care about any of this? Probably not but that conversation as we walked to the venue together before saying out goodbyes definitely was last night in a nutshell.

I walked into The Turf Club and was greeted with a very different vibe when it comes to this venue. Where it is usually quiet and a bit unorganized as far as clusters of people around the bar, some around tables that stay towards the back of the venue, and a couple people up by the stage, last night’s set up had tables throughout the narrow venue and every table was filled with older couples and friends clearly enjoying a couple pre-show drinks and appetizers. I instantly felt out of place and realized that I was clearly the youngest one in the venue by at least twenty years (other than some of the young door staff). Although it felt weird to be so young at a show, it was a nice feeling since I just turned 29 and was having a hard time coping with the idea that 30 is just a year away. I claimed a spot against the back wall as to not ruin anyone’s view of the stage and was instantly whisked away to a dream world by local Jack Klatt.

Jack’s voice was sweet and sing-song like while having a sense of pain and conviction behind it. Although the crowd seemed more interested in their conversations than the music coming through the speakers, I think that without Jack’s sound the vibe in the room would have been completely different. A bit Americana, a bit country twang, a little rock n’ roll and a whole lot of emotion, Jack’s set was short and sweet but, if you were listening and could actually hear it well, packed a punch. His beautiful voice was matched only by his flawless guitar pickings which had me far away from the roaring conversations going on at the tables in front of me. Jack didn’t fight the crowd although I wish that he had. I only wish everyone in the venue had shut up and listened to the beauty he was creating for us all but I get that this crowd was different from what I was used to and, although annoyed, I understood. I feel like I definitely picked up what Jack was putting down but, even so, I can’t wait to see him perform again in a setting that is a bit more conducive to his sweet sound.

It wasn’t long after Jack Klatt cleared off the stage that highly anticipated headliner- Kinky Friedman- took the stage. Now, I know this show was a bit out of my element but I also knew that Kinky Friedman is a legend and who can say no to seeing a legend live whether or not it’s your kind of music. At 73 years old (but he reads at a 75 year old level), Kinky Friedman may have surpassed the legend status and moved onto something greater. His signature humor mixed with his classic singer-songwriter sound that has a unique country twang to it truly make Kinky a man that will not get lost in history. I may not be a die-hard fan of his but there were definitely multiple songs throughout last night’s set that I recognized and couldn’t help but sing along to.

Although a bit disappointed that Kinky was not joined by his band “The Texas Jewboys” (I mean, come on, that name is the best), I was truly impressed by how easily Kinky commanded the crowd and had them in the palm of his hand. He didn’t even have to do anything! I watched in amazement as the crowd sat silent as he would take a swig of his “Mexican Mouthwash” (his politically incorrect term for tequila). It was as if everyone held their breath as he drank as to be sure to not miss a single moment of Kinky’s set. The feeling of admiration was off the charts when it came from the crowd’s view of the iconic singer but I think it worked the other way too. Kinky had a sense of charm about him and, when joking around with the audience between songs, he had this way of feeling like that crazy uncle that your dad always brought around but your mom always dreaded seeing. With a couple of dirty jokes here and whole lot of one liners that had the audience roaring in laughter there, Kinky Friedman’s set was truly enjoyable regardless of if you were there by choice or dragged by friends.

His songs were full of punches if you had your hearing aids turned up enough to hear them. The audience laughed alongside Kinky with every joke and tangent he told between each song. I watched from the shadows with a giant grin on my face and, when he announced his last song, I realized that I had completely lost track of time and definitely didn’t want it to end.

Last night was the first night back after vacation and, although it was hard to get back into the work grind and daily life in general, last night’s show definitely helped lessen the blow.

Average Age of the Crowd- 55