The Weirdness Flows Between Us 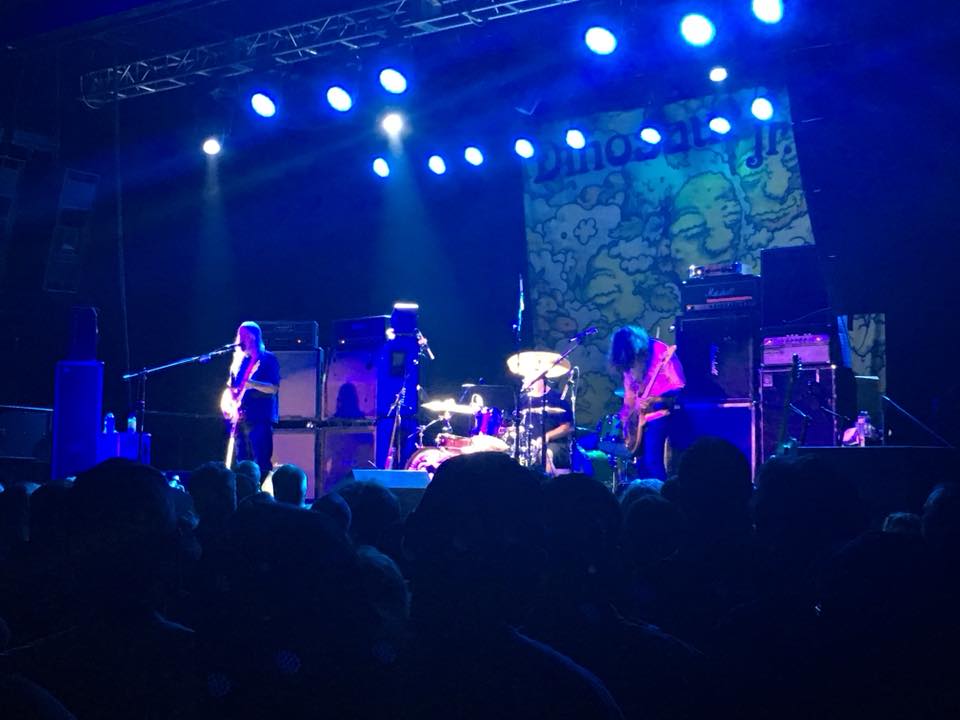 It had been awhile since I was at First Avenue. It’s always like a breath of fresh air when walking into that venue. The staff has gotten to know me and they know my spot. My bartender knows my drinks and the security knows my face. It’s seriously like going back home after a long vacation. That’s exactly how last night felt. The fact that I was about to watch a legendary act perform was just an added bonus to be honest.

I was a bit surprised when I walked in and breezed by the merch to get to my normal spot. I noticed merchandise from Negative Approach- a band that stole my heart when I saw them perform at the final show at The Triple Rock. I was so confused. I always stay on top of who I’m seeing even if I had never heard of the acts before. I swore that I didn’t see NA on the line-up. A sense of excitement came over me. Was there about to be a secret set? I met up with my buddy that happened to be at the show and we spent the few minutes before the show start time speculating about what could happen. As the lights went down and the screen concealing the stage went up, opening act Easy Action jumped into their set. I instantly recognized the singer to be John Brannon- the singer of Negative Approach- but the music that was coming through the speakers definitely wasn’t NA. I was intrigued.

Hailing from Detroit, Michigan, Easy Action was kind of the Diet Coke version of Negative Approach. You probably think that is a bash but it most certainly is not. Although John’s vocal style and intense energy was super similar as to when I saw him with NA, there was something completely different about this band. Where NA is super intense and in your face, Easy Action seemed to offer something that was a bit more musically challenging. The influences of this group were clearly all over the place. There were moments in the set where you could hear the punk and hardcore influence but other moments where it felt sludgy and almost doom metal-esque. With a guitarist that spent majority of the set facing the stack of amps behind him (or in front of him depending how you want to look at it) and a bassist with one of the most majestic beards I’ve ever seen, Easy Action was a very odd choice of opener for Dinosaur Jr. but it worked and their set had me excited to see what the rest of the night would hold.

Headlining the packed Wednesday night show was the one and only Dinosaur Jr. Formed in 1984, this Massachusetts born band really hasn’t changed a bit since the beginning. They are one of the few bands that, although there have been a few line-up changes in the past, is currently touring with the original line-up. Being able to see such a legendary band with songs that have been a staple in my daily playlist for over a decade in their original form was truly something to get excited about. Throughout their nearly twenty song set, I was captivated by the nostalgia and the pure energy that this trio had as they powered through their set.

With elements of classic rock, punk rock, alternative rock… I mean, much like Easy Action, these guys are all over the place when it comes to their genre… their set was fast moving but not overwhelming. There was plenty of energy radiating from the stage and the older crowd but there was nothing intense or in your face about it. After a couple of days off from shows and a slow recovery after my whirlwind trip to Chicago this past weekend, that sense of energy was exactly what I needed. It was truly a treat to just stand there and let the waves of sound completely take me over and transport me back to the days when I obsessed over this group.

With eleven albums out, Dinosaur Jr. clearly had enough material to fill hours and hours with music. Unfortunately, they didn’t have hours and hours but the twenty songs that they chose to play for Wednesday night’s crowd were absolutely perfect. I’m pretty sure I have a bruise on my arm from every time my friend hit me in excitement and proclaimed, “This is such a good song! I love this one!” It was obvious that he was not alone in his excitement. The crowd, although calm and just kind of standing around and enjoying the sights and sounds, was clearly excited every time the band jumped into a new song. At the end of each track, there was a polite roar of applause from the audience but they quickly hushed into a silence as if just waiting to see what the band would perform next. That sense of wonder and excitement added a side to Wednesday night’s concert that I don’t typically feel and it was beyond perfect.

Last night wasn’t the most exciting show I’ve been to but it was perfect. There’s a sense of comfort in seeing a band do the thing they’ve been doing for years in their original form that just can’t be put into words. It was just what I needed to get back into the swing of things.