Happy Like Hearing My Favorite Song On The Radio 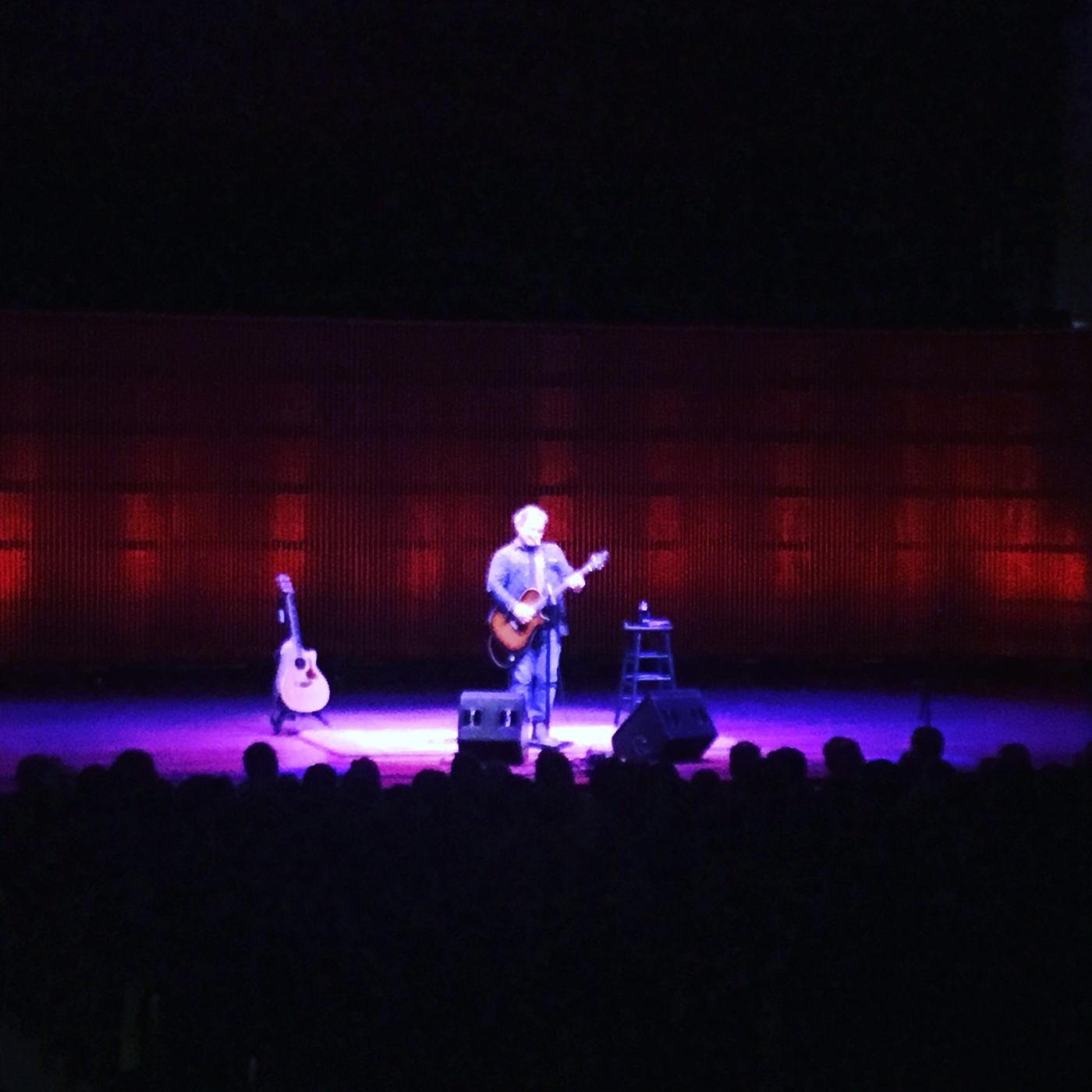 It’s crazy how a single song or just a voice can instantly flood your brain with some of the best of memories. Not going to lie, I went to last night’s show searching for that. I’m one of those people that if any of my friends needs anything, all they have to do is call and I will drop everything to get them whatever it is that they need. Even when friends move away, they know they can still call me at any point in the day and I will answer that call and chat for hours about whatever they want. That’s exactly what happened just a couple of weeks ago when I got a phone call from my buddy Pat. Pat and I were great friends in college but life happens and now he’s in Pennsylvania. I can go years without talking to him other than the annual happy birthday Facebook text but I know that we are still the best of friends. He called me a couple weeks ago completely out of the blue and we just talked and talked and talked. Not going to lie, I miss him but there’s no time for me to go out to Pennsylvania right now so I did the next best thing- went to a concert that he would have been at.

Opening act Chris Trapper took the stage just a little bit after 7:30 and I was instantly in love with his personality and music. Best known as the frontman of The Push Stars, I had honestly never heard of Chris Trapper or The Push Stars before but that didn’t stop me from singing along at the end of his set. Soft and sweet yet energetic and infectious, Chris’ music bridged the gap of indie singer/songwriter and 90’s rocker. Clearly a lyrics man, his story telling was as beautiful as his voice and kept me wanting so much more even after he left the stage. This guy has enough material to cover hours on hours of music but the songs that he picked for his quick thirty minute opening set were a great collection and showed off all of the different styles and elements he has to offer. Definitely much more mellow than my typical cup of tea, Chris had a set that had me sold and I plan on spending majority of my day digging into his music.

Beyond Chris’ beautiful music and lyrics was his energy and story telling. Between each song, he had a little anecdote about said songs. From a song about a buddy who moved from Buffalo, NY to NYC and bragged to Chris about his amazing apartment downtown and the view (it was apparently a tiny apartment with a brilliant view of a brick wall), to a song about Minnesota and falling in love in the state and with the state, his stories added a personality that was impossible to resist. There were plenty of laughs especially when he talked about his song “This Time” which was used in the hit movie “August Rush”. He talked about how, even though he wrote the song, the actor sang it in the movie leading people to believe it was the actor’s song, not Chris’. He promises he’s not bitter over it (laughter erupted throughout the auditorium) and continued to play his beautiful [original] rendition of the song. Before ending his set, he warned the audience that he was going to do something that opener’s should never do– ask the audience who clearly didn’t come to see him perform join in and sing-a-long to a song they had never heard of. He went on to explain that the crowd could sing any song they wanted, they just had to sing and, with that, Chris’ set was closed out in the most beautiful way.

The love and energy from Chris’ set was still lingering in the air as headliner Martin Sexton took the stage. Without saying a word, Martin jumped into a set that could have lasted for days for all I cared. Martin Sexton is not a household name and that breaks my heart but honestly the only reason I know about him is because of my buddy Pat. Pat is obsessed with this man and although I didn’t get it at first, now that I’m going up and becoming less angry at the world, Martin’s music makes sense to me and I am finally appreciating for the beautiful thing that it is. I don’t even know where to start when it comes to explaining Martin’s music. Honestly, it’s just one of those things that you have to hear. An undeniable sense of talent in both his voice and his guitar playing, Martin had me and the rest of the audience truly captivated from the first note of his set and until the very bitter end.

Like Chris Trapper, Martin had a personality that shined nearly as bright as the spotlight on stage. Although his set was calming and relaxed, there was a sense of liveliness that could bring a smile to your face even after the most trying day. At one point Martin had started a song but didn’t like how it was going so he stopped and literally rewound back to the beginning. I mean, the sound he made seriously sounded like an old school tape deck being rewound. Then there was the spot on sound of an entire drum kit and trumpet that was all done with just his voice (I was seriously trying to find the trumpet behind the stage or something). The way he uses and doesn’t use the microphone is truly brilliant. Standing near it when he wants to be loud but wandering away from it when at various points while still having a voice that easily carried through the beautiful auditorium, there’s no denying Martin Sexton’s talent, passion, and love. All of these creative elements seemed to add something to his personality that you just don’t get from other performers. “I don’t get paid to make music– I get paid to travel.” That outlook was heard and witnessed loud and clear throughout Martin’s beautiful performance.

I miss my friend Pat but I felt a bit closer to him while I sat there listening to his favorite musician who is slowly turning into my favorite. If you miss someone- go see their favorite musician or band. It will seriously make it feel as if that person is right there with you. Music is a crazy, weird and powerful thing.