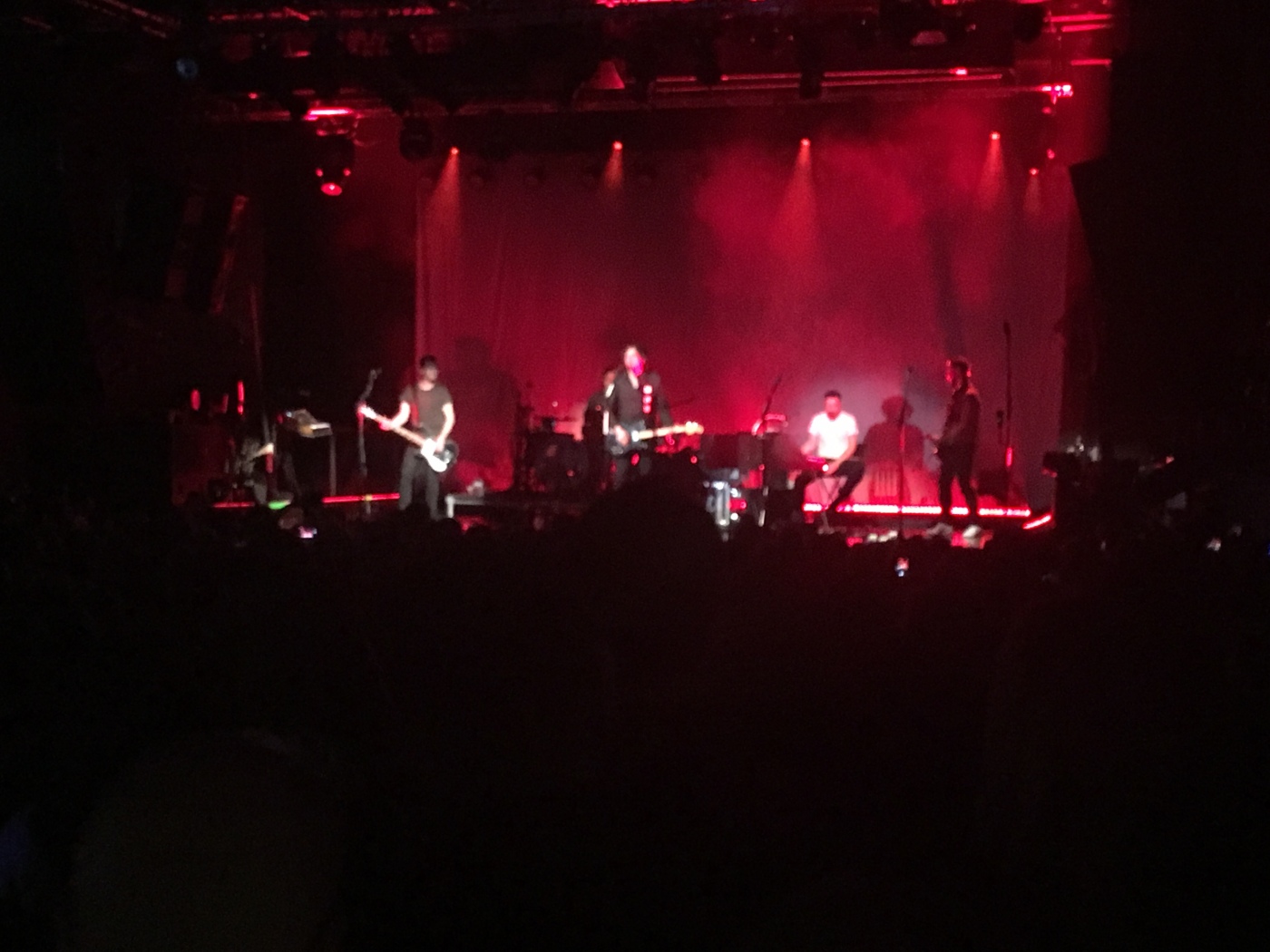 It was an ugly day in the Twin Cities. From the non-stop rain to the March like temperatures, everyone just seemed to be a bit crabby and on edge. Can you blame all of us? We’ve been stuck in winter for the past eight months and, although we keep on getting glimpses of the beauty that summer up here is, it just refuses to stick around. Something in the air was just a wee bit off and slightly crummy as I made my way to First Avenue but, as soon as I entered the iconic venue, that mood shifted into something so beautiful that I was nearly lost for words.

Kicking the night off in a truly stunning way was the young Irishman- Ryan McMullan. He wasted no time and gave no introduction as he took the stage. Honestly, it was as if he just appeared out of thin air behind the piano, opened his mouth, and instantly hushed all conversations that were going on in the sold out venue. His tender voice mixed with the passion he played the piano with was seriously staggering. When you add the fact that this kid is only in his mid-20’s, yeah, keep your eye on Ryan McMullan. Some of his songs felt sad and somber whereas others felt a bit more upbeat and dancey. That diversity in his music will definitely make him a force to reckon with in the upcoming years.

New York based We Are Scientists were up next and to say I was excited to see this band would be an understatement. Their name has been creeping onto many of my random indie-rock playlists and, although most of those playlists I can just let play in the background, I always seemed to notice when one of We Are Scientists’ songs came on. Their sound is unique yet somehow so familiar and their live show seems to match that by feeling full of energy but not in your face. Bridging a gap between indie rock and the alt rock world, their music was nothing short of infectious. It made you want to tap your toes and nod you head but could also be enjoyed by just standing there and taking it all in. Although a familiar sound and something very approachable, there was something still complex and mystifying about this band and their music which had their forty minute set feeling more like mere seconds.

The banter between the trio and the audience was definitely on point. Some of the conversations between vocalist/ guitarist Keith Murray and bassist Chris Cain made absolutely zero sense yet they still had the older audience laughing as if it was the funniest joke ever heard. Sadly (or maybe lucky for us– depending on how you look at it), Wednesday night’s show was We Are Scientists’ last show on  tour with Snow Patrol. This added both a somber vibe to the night and also a party atmosphere. Even if you walked into last night’s show only caring about the headliner, We Are Scientists had a sound and a vibe that was impossible to ignore. Their down to earth attitudes and uniquely comforting music hit all the right notes with the sold out audience.

Closing out the beautiful night of music was the one and only Snow Patrol. Full disclosure, I had no clue these guys were still around and honestly hadn’t thought about them in years but I was beyond excited when I saw their name pop up on First Avenue’s website. Even if you don’t know the name, you probably know the music of Snow Patrol. Known best for their song “Chasing Cars” (yes, that super sad song that most people have connected to Gray’s Anatomy), Snow Patrol is an alternative rock band from Ireland that has been around since the mid-90’s. Sure, they may be known best for that sad song but they are seriously such an iconic group beyond that if you know much of anything about the alternative rock scene. With seven albums out, this group didn’t let the tag of one-hit wonder stick and, although maybe none of their songs would reach the level that “Chasing Cars” did, many of their songs found their way onto the airwaves and into many people’s hearts.

Having never seen Snow Patrol live before, I honestly didn’t know what to expect. I knew it was going to be a bit calmer than I typically enjoy and knew it was going to packed but I don’t think I was ready for the reception the band got from the completely sold out older crowd. As soon as the band took the stage there was an eruption of cheers and screaming from the audience. Wasting no time, the band jumped into their eighteen song set (including a two song encore) but they weren’t alone. So maybe I could only sing along to their hit songs but majority of the audience was with them word-for-word throughout the set creating a beautiful atmosphere. The band didn’t seem to mind and although often overpowered by the audience, vocalist Gary Lightbody seemed to revel in the nostalgia and beauty that had taken over the venue.

The way the audience lingered after the encore was said and done said a lot about the impact of this band. Although I had heard the songs I wanted to hear and some new songs that hit a level of perfection that left me speechless, it was clear that this band had so many more songs to offer and the people in the audience wanted to hear it all. With so much material and only so much time on stage, it would be impossible for a band like Snow Patrol to play everything for everyone but, in my opinion, they did a stellar job of picking hit songs, b-sides, old songs, and new songs. Although people clearly wanted more, there wasn’t a single person with a frown on their face as they slowly walked towards the door. The conversations slowly switched back to the crummy weather outside but there was a new spark in the air– a spark that can only come from seeing a beautiful night of music.

I could go on and on about how beautiful the night was or how, although I went to hear Snow Patrol sing their songs, I ended up hearing Minneapolis sing Snow Patrol’s songs but none of that would mean anything to you. You didn’t feel that vibe in First Avenue on Wednesday night and my words don’t even come close to doing that vibe justice.