And Wear Your Wounds With Pride 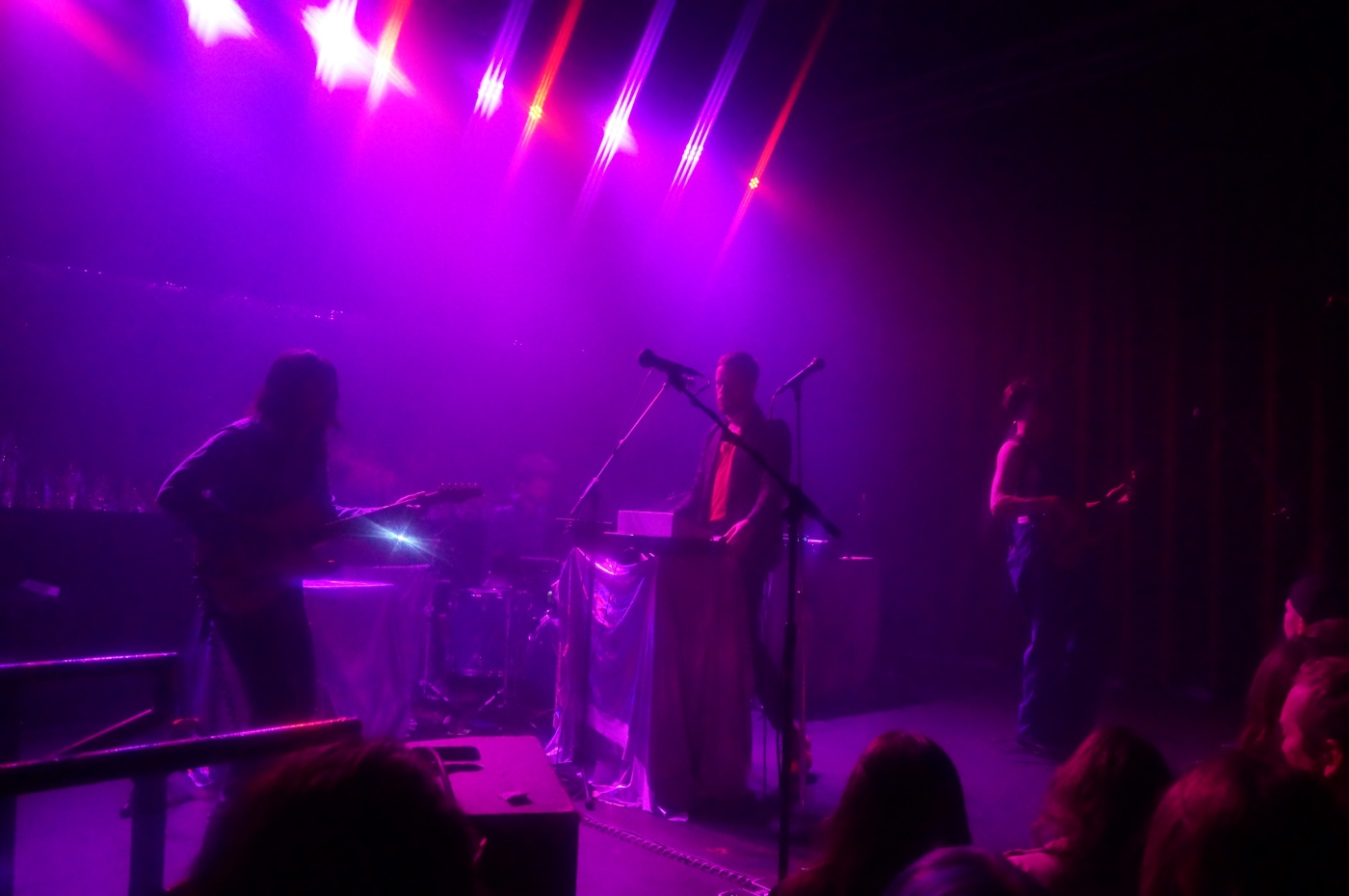 “Yeah, this is going to be top five for me.” That’s what I heard after taking a couple of photos and moving to the back so I could just stand back and watch the show. Honestly, that phrase says everything that needs to be said about Wednesday night’s show. Sure, maybe I thought the guy saying that was being a bit dramatic but then again I’m spoiled and get to do this every night. The fact of the matter is, Yeasayer puts on a hell of a show and definitely deserves to be in everyone’s top five which equals my top twenty (which they haven’t left since the first time I caught them years ago). I hadn’t been able to catch Yeasayer since May 2016 and it was killing me. They are a band I crave and their live shows have a way of energizing me no matter how exhausted I am. Yeah, I needed last night.

Olympia, Washington based Oh, Rose kicked the show off in such a strange yet beautiful way. Their set started off very indie-soft rock. It was lovely but not exactly what I wanted when I knew what Yeasayer was going to give me in just over an hour. Cool, calm and collected seemed to be the name of the game and although it was done with a sense of perfection, I found myself getting distracted by my phone. That’s when it all changed. Out of nowhere vocalist Olivia Rose asked the audience, “Who here has smoked weed?”. Hands shot up. “Who here has watched Harry Potter?”… wait, what? I was instantly sold and the mood of the show somehow shifted. Their ode to Harry Potter was more upbeat than the previous songs and seemed to be a path to something quite shocking, impressive and still downright lovely.

The cool, calm and collected beginning of the set changed into a powerful ball of energy and passion that left no survivors. “This song is about someone shitting in your garden bed!” Not exactly what I was expecting from this band when they first took the stage but also exactly what I wanted from them. You could kind of feel this pent up energy throughout the first few songs and seeing that energy explode on the stage in the form of music was a beautiful thing. There was something very raw about Olivia. Beyond her explanation of how she was feeling a bit crappy after staying up too late the previous night in Detroit but how seeing and meeting both old and new friends keeps her doing this, there was a sense of painful beauty behind every word she sang and she made you feel it, not just hear it. Looking back, everything about Oh Rose’s set was thought out in the perfect way… I just didn’t know it until I got to see it in it’s entirety and now I want so much more.

Clearly I loved everything about the opening act but there was still a sense of anticipation and excitement that I couldn’t shake. I knew what was coming and I knew that Yeasayer was going to blow me away even more than Oh, Rose already had and that’s exactly what they got up on stage and did.

Hailing from Brooklyn, NY, Yeasayer is one of those bands that is continuously putting out new music and doing the tour grind. Their sound is always evolving yet somehow always staying uniquely theirs. With five albums out dating back to 2007, this band had an overwhelming amount of material to choose from when it came to creating their set list yet they somehow picked all of the best songs to fill their seventy-five minute show with. A mixture of old and new, upbeat and slow, Yeasayer’s music filled The Fine Line with a sense of energy and instantly had the excited audience moving to the infectious beats.

Yeasayer’s music is a bit all over the place but in the most perfect way possible. Call it electronic indie, call it experimental rock, whatever you want to call it, let’s just come together and call it genius. The beats are all over the place but never stray from being infectious. Haunting vocals echo above the strings of notes that shouldn’t make sense together yet somehow do all combined with screams and electronic noises come in and out of focus. There’s a sense of chaos to Yeasayer’s music and that’s just magnified when you add swirling and flashing lights but it’s not the anxiety inducing type of chaos that you may think. There’s something strangely calming about it. Although some of the songs performed stressed out vocalist Chris Keating (his words, not mine), there was never a point during Yeasayer’s set where there was hurried feeling from the members. Just like every note, all four members of Yeasayer had their spot and, like their music, there was a methodical science behind everything creating a very put together yet thrilling set.

So maybe last night wasn’t in my top five shows of all time but, let’s be honest, I’m a spoiled brat and reaching my top five is damn near impossible. I will say that Wednesday night’s show is one that will not soon be forgotten and I am hoping and praying it doesn’t take another three years for Yeasayer to come back to the Twin Cities.