You Got No Case On Me, Bro 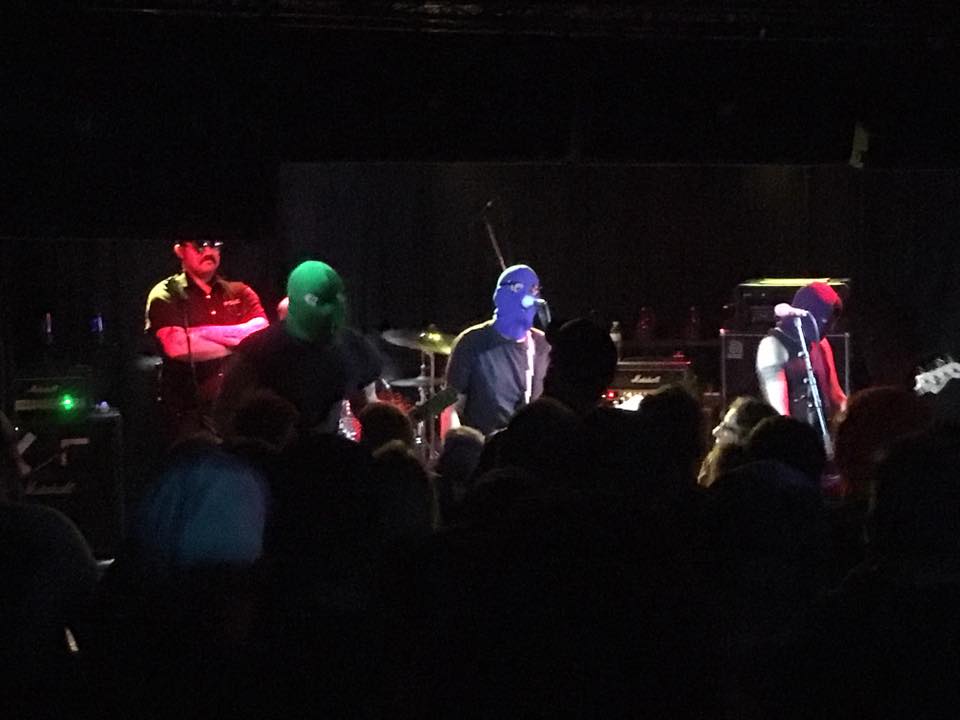 I wasn’t going to go to the show last night. I didn’t have a ticket, I knew it was close to selling out and would probably do so by the time I got to the doors knowing my luck, and, well, I was tired and hungover and thoroughly enjoying my lazy Sunday. Like so many other times when I try to convince myself it’s okay to miss a concert every once in awhile, I started getting anxious as the time inched closer to show time. Making dinner, cleaning up a bit and binging more Grey’s Anatomy did nothing to help sooth my mind so I was nothing short of relieved when I got a text from my little brother saying his friend had bailed on him so I could have his extra ticket. I don’t think I’ve ever sprung off the couch to quickly and before I knew it I was downtown at The 7th Street Entry for a show that, let’s be honest, I could never have missed.

A personal favorite of mine when it comes to local bands, Tightwire, kicked things off just a little bit after 8PM. I don’t remember how I fell into this band and have lost count of how many times I’ve been able to catch them but I do know what they are one of the bands that is truly making the Minneapolis punk scene very proud. Their songs are short and punchy which leads to sets that always leave me wanting so much more and last night was no different. From their pop-punk drenched songs to their witty and a banter that teeters between painfully awkward and down right hilarious, there are clear nods to the greats of the Minneapolis scene before them (most notably Dillinger Four) but Tightwire is still 100% their own band with their own sound. Last night was the final stop for this two and a half week tour that had Tightwire kicking off every night and it surely won’t be their last tour like this. Although I still consider Tightwire a local band, it’s just a matter of time before they blow up to something much bigger.

The Bombpops were a clear crowd favorite for the three band bill last night. Although I’ve seen the California based band’s name a million time and then some, I had really never paid them any attention. Clearly that was a mistake because as soon as they kicked into their set the rest of the audience started jumping along to every beat and singing along to every word while I was left in the dust. There’s an old school vibe to The Bombpops’ music but I wouldn’t call it classic or typical. It’s the type of music that makes you bop up and down whether you want to or not. Although there was no real pit or anything, it was clear that people were enjoying themselves and the energy coming off the stage and raising from the crowd was more than enough to prove to me that this band is definitely a thing and I should really take some more time and dig into their music.

Although it felt like The Bombpops were a crowd favorite, I was out past my bedtime on a Sunday night purely because of Masked Intruder. The headlining act took the stage later than expected and jumped into a set that had me quickly forgetting just how late it was. I’ve lost count of how many times I’ve seen Masked Intruder live. I remember falling in love with them and their shtick the first time I saw them and it really sparked an almost obsession in me. Beyond their whole “we robbed a bank and are now running from the law but are on tour at the same time and tour with our parole officer Officer Bradford who has a tendencies to get naked on stage” thing (yeah, long story and also one that I’ve explained a million time before so I’ll spare you the paragraph long story… feel free to catch up HERE!), Masked Intruder’s music is catchy and infectious leading to a show that I would have been so bummed to have missed.

Having seen these guys about a million and twelve times before, I know what’s going to happen during their live shows. I know how Intruder Blue is going to introduce the songs and know exactly when Office Bradford is going to leap into the crowd for some one on one time with audience members. Even knowing all of this, Masked Intruder’s live shows never get old. Although I’m catching onto the fact that they are loosely scripted, there’s something special about them. I chalk it up to the fact that these guys are a band that refuses to take themselves too seriously but also takes themselves seriously enough to have some damn good songs that can get stuck in your head for days.

Every song of their twenty-two song set was a song that I wanted to hear and was inevitably somebody’s favorite. There was a sense of joy that had taken over the dark 7th Street Entry and, in such a crazy world we live in, it was super nice to have that vibe to kick off what is sure to be a long and exhausting week for everyone. I’ve had a great time at all of my shows this weekend. From crying at Frank Turner to jumping around during Kero Kero Bonito… both of those shows were amazing but honestly I think Masked Intruder’s set took the cake just due to how much I smiled and laughed.

I almost didn’t go last night. I like to try to convince myself that missing a show here and there is okay because, let’s be honest, I’ve seen just about everyone multiple times at this point but last night was not the show to miss and, thanks to my little brother, it wasn’t one I had to miss. What a great night and a great way to kick off my week.

Smell-O-Meter – The Typical B.O. Smell You Get At a Punk Show

Spotted Flying Through The Air- Tane